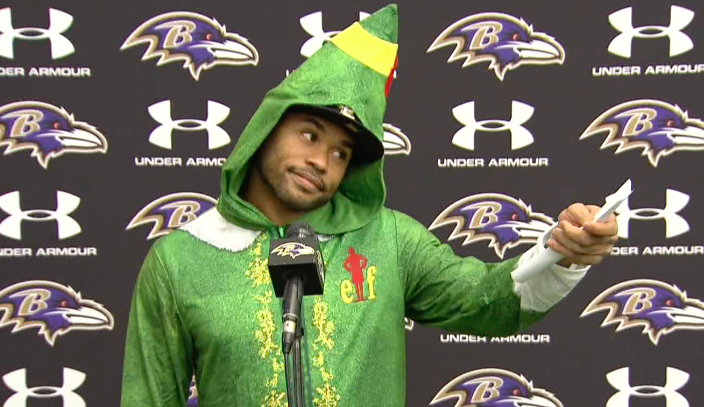 It’s that time of year folks! The holiday season is upon us, and for those Grinches and Scrooges among us? At least be happy that Festivus may very well be just around the corner…

Of course, this is the season for all things joyous, and what’s more joyous that carols? After all…

So let’s take those mundane carols and put a Ravens twist on them! Bet we’ll have some of you singing these eventual classics as the holiday weekend falls upon us. Or at least laughing.

Up first, for the Flacco Haters (Jingle Bells)…

The offense laid an egg!

So Lamar took your job away!

How about a little something for the ‘Lamar is a bust crowd’ (Oh Come, All Ye Faithful)…

How about a little something for those of us ready for a new look in 2019 (Hark! The Herald Angels Sing)…

Glory to the new regime!

Harbs is gone, and Ozzie too

Flacco, Jimmy- next is you!

“Let the coach search get going!”

“Missed the playoffs? That’s a shame…”

Glory to the new regime!

How much we all in-fight

About thy Super Bowl MVP

And the kid who stole his spotlight!

Yet next year there’s no question

On who will be Q-B

The hopes and fears of future years

Let’s step away from the future for a moment, and take a look at the next few weeks for the purple Kool-Aid drinking Ravens fan (The First Noel)…

The first… Round Playoff Game

The Ravens will reign!

Who they’ll play? I’ve no idea

But I want a home game!

On the field, at The Bank,

The D will  fly high!

If the Ravens want playoffs they must take No L’s

Hand… the rock to Gus

Now hand it to Dixon

The defense on their heels, as Ravens

A little look ahead to next year (Deck The Halls)…

(they can’t all be gems)