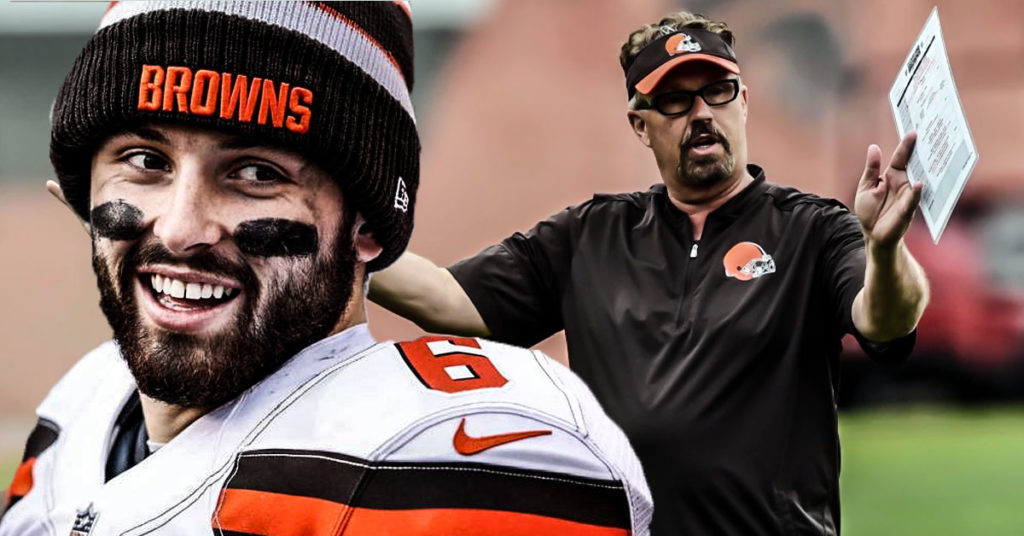 If the Ravens win on Sunday they are the AFC North Champs. What a difference 7 weeks can make. But we’ve sort of been down this road before with John Harbaugh teams. We’ve heard it said repeatedly over the past couple of seasons…

WIN AND YOU’RE IN!

But division rivals the Steelers and the Bengals thwarted those plans.

This season the team standing in their way is another divisional rival, the Cleveland Browns.

In past seasons this game would have been on par with me taking on Jordan Spieth at Augusta or Mike Tyson before Robin Givens. Not anymore. These aren’t your momma’s Browns.

The Browns have won 5 of their last 6 to bring their record to 7-7-1. They have a cocky quarterback with unparalleled swagger who seemingly would give his grandmother a forearm shiver if it meant winning. The Browns have a hot running back in Nick Chubb, a tough receiver in Jarvis Landry, a dangerous TE in David Njoku, a beast named Myles Garrett, playmakers on the back end and a former Ravens first-round pick who would love to stick it to his former employer.

And speaking of sticking it, the Browns have only 2 winning seasons since the Ravens inception in 1996 – none since 2007. Don’t you think that they’d love to make it three, finish 8-7-1, and sweep the team that left Cleveland? Oh, and let’s not forget that their head coach, Gregg Williams, is coaching for his future. He will throw everything he can at the Ravens – gadget plays, all out blitzes, fourth down attempts throughout the contest…whatever it takes to win.

When it’s all said and done, the Ravens will have earned their fifth AFC North title.

Now bring on the Chargers!