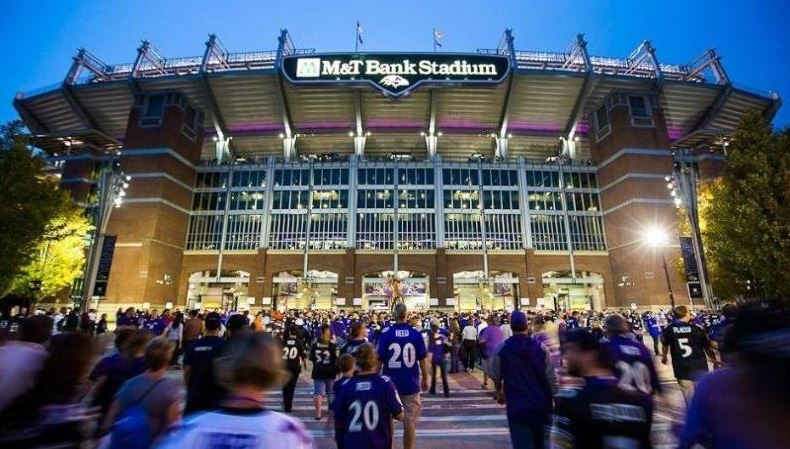 With the Colts winning in Houston on Saturday, the dream of an AFC Championship Game in Baltimore is still alive. Should the Ravens win on Sunday, they’ll head to New England – not Kansas City. We don’t want to get ahead of ourselves, obviously…just looking at the landscape.

For now, the good guys must discharge the Bolts again for any of this to matter. Let’s take a look at the stats, quotes, notes and more in this playoff edition of the Crab Bag. 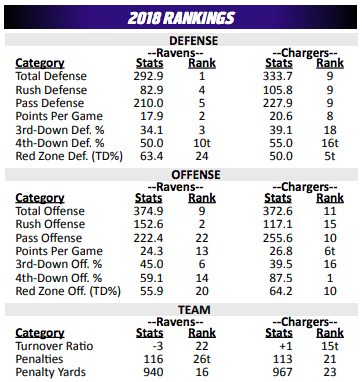 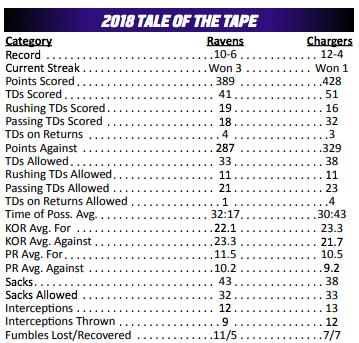 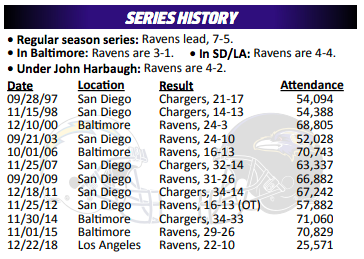 RAVENS LOVE TO BE WILD 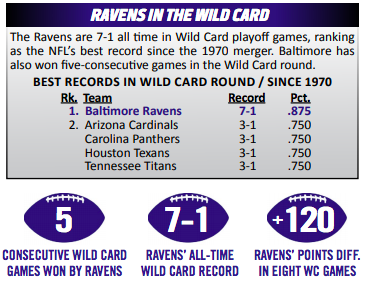 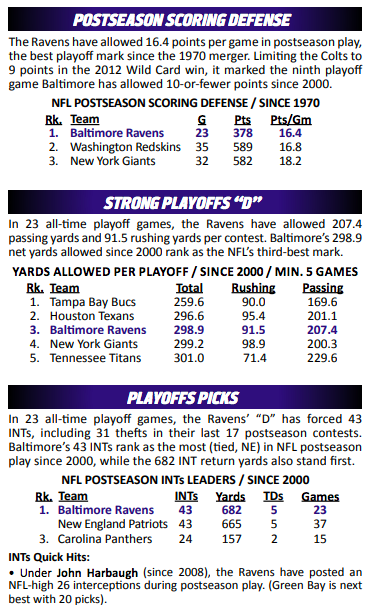 QUOTE OF THE WEEK

“This is what a real team looks like. It’s the best team– T-E-A-M. It’s the best bunch of guys who understand what it means to have each others’ backs, to fight through adversity and never be divided by anything. They block out all the outside, turn to each other for strength and are there for one another. That, to me, is what makes a team. This is the best teamI’ve been around.” – John Harbaugh

Chargers Radio Network analyst Daniel Jeremiahbegan his career as a personnel assistant (2003-04) with the Ravens and was then promoted to West Coast area scout (2005-06).

Chargers practice squad TE Vince Mayle played in all 16 games for Baltimore in 2017.