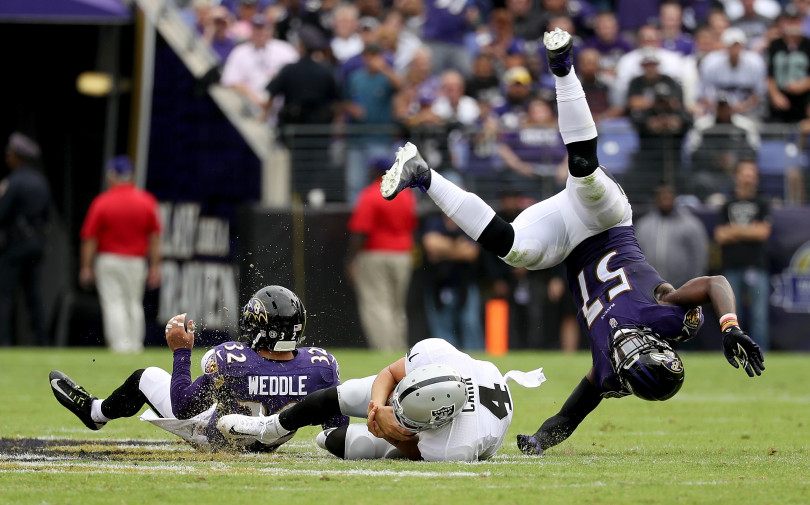 Years ago, I ran a piece here on RSR called “Letters 2 TL” – sort of our version of letters-to-the-editor. Recently I received a few emails following the Ravens loss to the Chargers and thought that my responses might be better served by dusting off the old piece and posting them here.

QUESTION: The Ravens have some big decisions to make this offseason and I’m a little concerned about the defense and the leadership that could walk out the door with Weddle, Suggs and Mosley. Do you think any of them will be back in 2019? ~ Joe in White Marsh

This will be a challenging offseason for new GM Eric DeCosta and you’ve touched on a few of the most challenging roster decisions. Let’s start with Terrell Suggs.

Over his last 10 games of the 2018 season, Sizzle had 1 ½ sacks and 17 tackles. And while he still sets the edge as good as any OLB and diagnoses bubbles screens like no one’s business, I think he’s leaving despite his desire to retire as a Raven. Like Ed Reed before him, Suggs will chase the money and join a team willing to pay him for reputation more so than recent productivity.

C.J. Mosley is a good, not great player who came on strong late in the season. The Ravens will miss him when he pursues the $16M per year with a team like the Colts, Jets, Bills or Browns all of which have over $80M in cap surplus per OverTheCap.com. But the temptation to pair the promising Kenny Young with the surging Patrick Onwuasor will be too tempting for DeCosta who will look to use the money saved on Mosley to find players who touch the ball or the quarterback.

As for Eric Weddle, that could go either way but as you point out, losing all three players siphons the team’s leadership on defense. That may persuade DeCosta to bring Weddle back for one more season albeit for less money than his current cap figure of $8.25M

QUESTION: What do you think of the Ravens signing Le’Veon Bell? ~ Jon in Perry Hall

Bell undoubtedly is a special talent. He’s also a “me-guy” who behaves like a needy trophy wife. In other words, not a John Harbaugh kind of guy. Bell will look to land a top-of-the-market contract that will prove to be too rich for the Ravens. And as we’ve seen in the past, 27-year-old running backs aren’t far from hitting the wall, particularly one who has averaged 25 touches per game over the course of his career. Eventually that big bonus amortized over 5 years will trigger dead money when he fails to perform to the level of his contract.

Look for the Ravens to give Lamar Jackson a homerun hitting threat in the backfield but it won’t be Bell.

Where do you think Joe Flacco lands? ~ Jason in Dover, DE

Joe has made $147 M so far in his career and I don’t think he’ll be driven purely by money. I think it comes down to what’s most convenient for him and his family coupled with the team that gives him the best chance to win.

Many have mentioned the Redskins who have lost Alex Smith to a serious injury and also the Jaguars who desperately need QB help. Either are possibilities. That said, the stars seem to be aligning in Denver for Joe. There, Gary Kubiak once again assumes the controls as offensive coordinator while newly appointed head coach Vic Fangio is familiar with Joe, given his time in Baltimore as an assistant. John Elway could see Joe as a capable game manager with big play capability to pair with a solid running game and a potentially great defense.

If Joe can handle being in the Mountain Time Zone, the odds are good that he’ll look to author another Mile High Miracle or two. If Amazing.bet had a prop bet on Flacco’s future, I’m guessing Denver is the favorite. 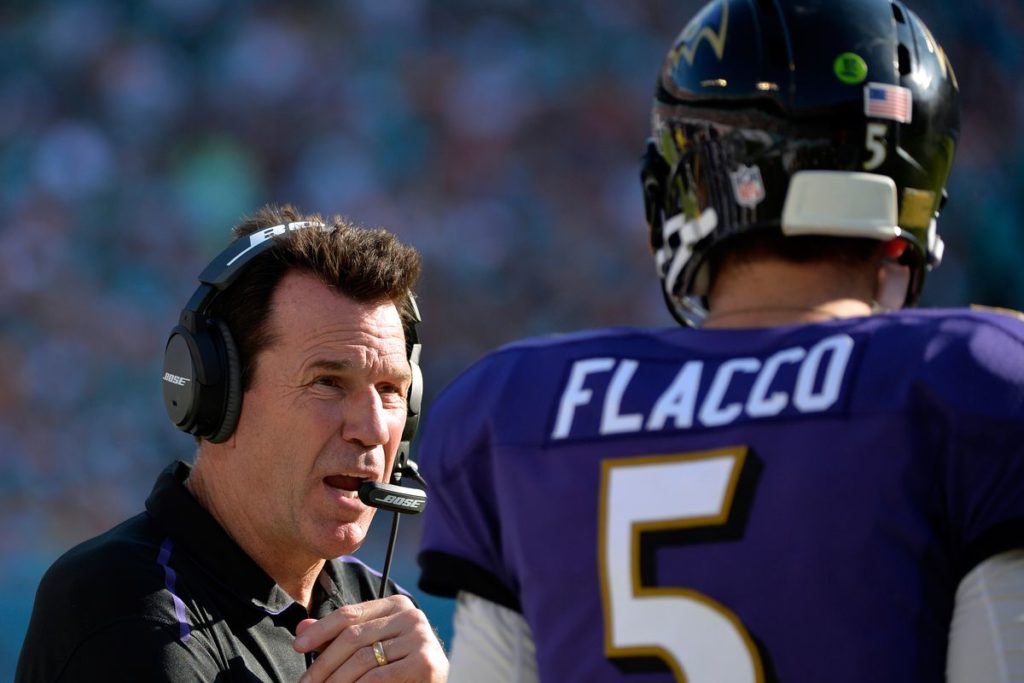 QUESTION: The Ravens need help across the offensive line even if Marshal Yanda returns. The question is, will Yanda return? Dave in Canton

The Ravens O-Line was completely exposed by the Chargers. It may have been a temporary blip triggered by a completely overwhelmed James Hurst who could have been playing hurt (back). But clearly the interior line is an area of concern and it will become a huge concern if Yanda hangs them up. I’m told that he’ll return for another season and could retire following the 2019 season, after which he’ll surely be placed in the team’s Ring of Honor and eventually the Pro Football Hall of Fame.

QUESTION: Here we are again and it’s the offseason for the Ravens when questions surface about the uncertainties at wide receiver. So, I’m serving up the annual question, what will the Ravens do at WR? ~ Phil in Timonium

It is frustrating Phil. At least with Joe Flacco at the helm, receivers could be lured with money and his big arm. Now that Lamar Jackson is at the offensive controls, it will be interesting to see if the Ravens front office can effectively lure free agent wide receivers without over spending. I’m not sure that they can and that will force them into the draft where they swing and miss as regularly as the Orioles’ Chris Davis.

Here’s a tweet by RSR’s Brian McFarland which hopefully doesn’t speak to the overall impression receivers have of a Jackson-led Ravens offense.

Also interesting considering that over the last couple of wks of the season, the Ravens raised White’s wkly PS salary from $11K/wk (already enhanced from the normal $7600/wk), up to $28,235/wk, the equivalent of the rookie min of $480K. So, someone had already likely come calling https://t.co/UubvbOcZ08

QUESTION: Michael Pierce and Patrick Onwuasor are both Restricted Free Agents. Do you think the Ravens will lose either of them? Ed in Glen Burnie

I think both will be extended second-round RFA tenders and that is likely to keep them in Baltimore. That said, anything is possible and with some teams needing to spend money to reach the salary cap floor, they could throw some excessive cash at either player and that could influence DeCosta to take the second-round pick without matching. Of the two, Pierce is the more likely to be plucked, although even he is a long-shot to move on in 2019. But he did have a very solid season and could be coveted by a team looking to bolster their rushing defense.

If you have any questions, feel free to submit to TL@russellstreetreport.com