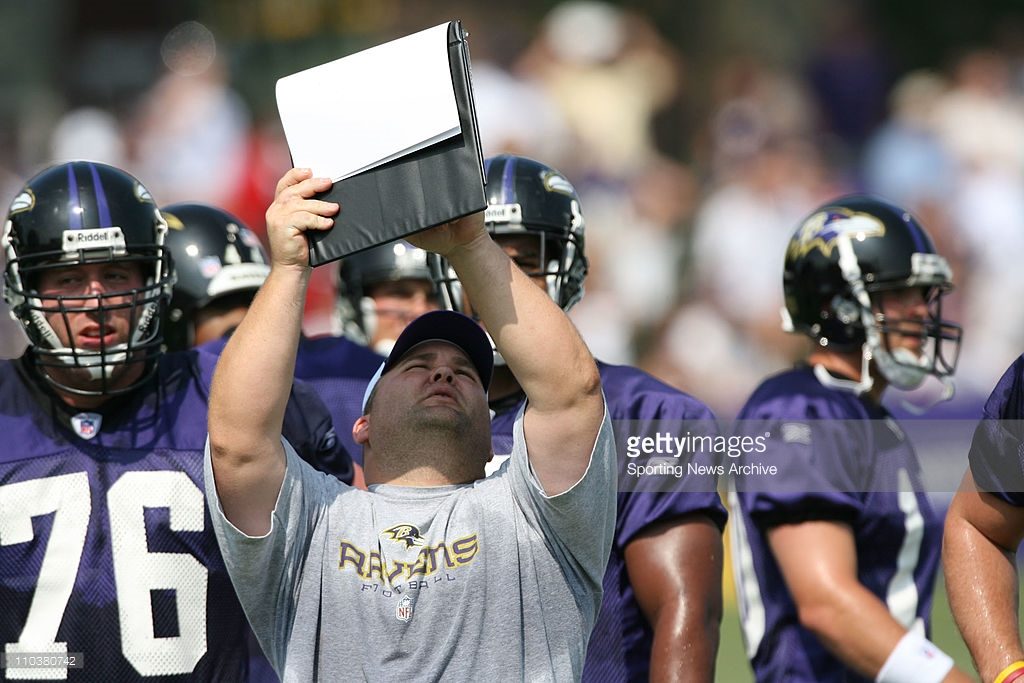 “Increasing Greg’s responsibilities will help us get where we’re going on offense,” Harbaugh stated. “His role with our offense has already been significant and substantial. His understanding of the run game we are building – which we saw some of in the second half of the season – and how it integrates with a consistent and big-play passing game is exciting.”

Coach Harbaugh also announced that former offensive coordinator Marty Mornhinweg will not return as a member of the Ravens’ coaching staff.

“We tried to keep Marty, but he has decided to move on, and I respect that,” Harbaugh said. “He’s a really good coach and helped us win the AFC North last season and get close to the playoffs the previous two years.”

Roman, 46, is a 21-year NFL coaching veteran who spent last season as the team’s assistant head coach/tight ends coach. He re-joined the Ravens in 2017 as a senior offensive assistant/tight ends coach after his first stint with the team as an assistant offensive line coach from 2006-07. In 2018, Baltimore’s offense boasted the NFL’s second-ranked rushing attack (152.6 ypg) and posted the second-most rushing yards (2,441) in franchise history. The Ravens also produced a franchise-record 5,999 total yards, which ranked ninth in the NFL.

Roman has spent time with five NFL teams during his NFL coaching tenure, and during his time as offensive coordinator of the 49ers, helped guide San Francisco to three-straight (2011-13) trips to the NFC Championship game and an appearance in Super Bowl XLVII against the Ravens in 2012. While with Buffalo in 2015, Roman helped the Bills’ run game excel, as it led the NFL by averaging 152.0 yards per game.

In addition to his NFL coaching experience, Roman also spent two years in the collegiate ranks (2009-10), where he most recently served as an associate head coach/assistant head coach under John Harbaugh’s brother, Jim. (Roman also coached under Jim with the 49ers from 2011-14.)

Roman attended John Carroll University, where he was a three-year letter-winner and two-year starter on the team’s defensive line. A native of New Jersey, he and his wife, Dana, have three children: Connor, Gregory and Emily Grace.