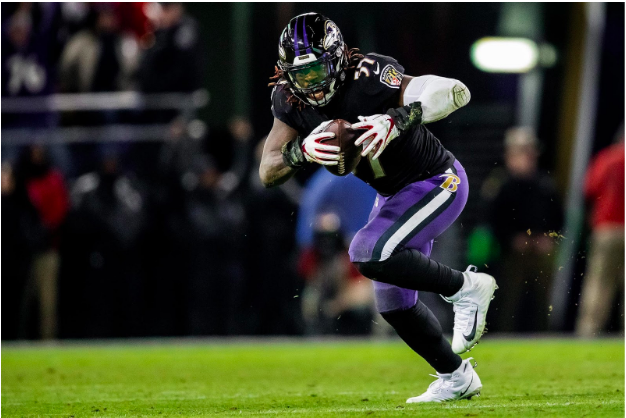 One of the biggest decisions facing the Ravens this offseason is whether to re-sign ILB C.J. Mosley or let him hit the open market. Mosley is a bit of a polarizing figure amongst Ravens fans, as some believe he is an indispensable leader of the defense, while others see him as a liability in coverage and therefore not worth paying top dollar.

Right off the bat, though, this is not an article about whether from a skill perspective the Ravens should re-sign Mosley or not – reasonable minds can, and will, disagree. The intention here is to attempt to determine Mosley’s market value as one of the pieces of the puzzle that the Ravens’ brass must consider when deciding to re-sign (or franchise tag) him.

Recent reports have indicated that the Ravens and Mosley’s representatives have recently had discussions regarding a long-term deal and that they hope to finish one before free agency begins on March 13. That may well be true, but if the past is any indication, these kinds of deals – if they can reach an agreement – take time.

The reality though is that an earlier deadline will actually drive negotiations – that is the specter of the Franchise Tag. Starting on February 19th, but no later than March 5th, teams can use the Franchise Tag on a pending Unrestricted Free Agent. It is also very often the case that once the player is tagged, a long-term deal does not come, if at all, until sometime in the summer. This is an important factor because the Ravens are likely to have their best Salary Cap position in years; however, needing to use the Franchise Tag (if they feel they need to) would greatly eat into that Cap space because it is anticipated that the Franchise Tag for Linebackers will be around $15.5M. That amount is a full $3M over the largest yearly average for a ILB/MLB (Carolina’s Luke Kuechly), but for Franchise Tag purposes, all linebackers are grouped together, so that tag amount is dictated by the more expensive edge rusher OLBs.

As such, you would expect that the Franchise Tag would be a last resort option and, even then, perhaps too rich for the Ravens.

So, who are the top paid ILBs and how do they compare to Mosley?

It’s probably pretty fair to say that Kuechly and Bobby Wagner are better players than Mosley, while Mosley is a better player than Alec Ogletree, Benardrick McKinney and Eric Kendricks. If that was the only factor involved, then finding market value and reaching a long-term deal would be pretty easy – just slot Mosley in between the two groups.

But, when it comes to free agency, it’s all about timing – and demand – which often leads to a lesser player becoming the new highest paid player at the position.

It is also important to consider that Kuechly and Wagner signed their contracts in 2015 and the other three were signed in 2017 and 2018. More importantly, all five of these deals were contract extensions, and were not signed when the player was about to hit the market as an unrestricted free agent. It’s more than fair to say that a pending free agent, with the prospects of the open market just around the corner, is in prime position to use that leverage – leverage a player agreeing to a contract extension, prior to free agency, does not have. 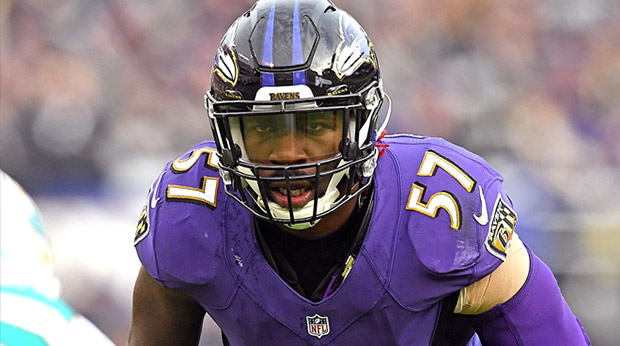 These factors would indicate that Mosley is going to get paid. There’s no question he deserves more than the three most recent contracts – which were given to lesser players – and the contracts for the two highest paid ILBs are now four seasons old.

Putting all of this together, the guess here is that Mosley’s market value in the coming months is going to be a lot higher than many want to believe and will likely surpass – perhaps, substantially – the deal that Kuechly signed in 2015. Again, it’s often not about who is the better player or who “deserves” it more, but rather, who is a free agent and in demand. Basically, it’s all about timing and the timing is clearly in Mosley’s favour.  So, because of all of this, it wouldn’t be a surprise to see Mosley receive a deal – be it from the Ravens or someone else – that will average in the $13-15M per year.

Whether the Ravens are willing to go there, that remains to be seen.