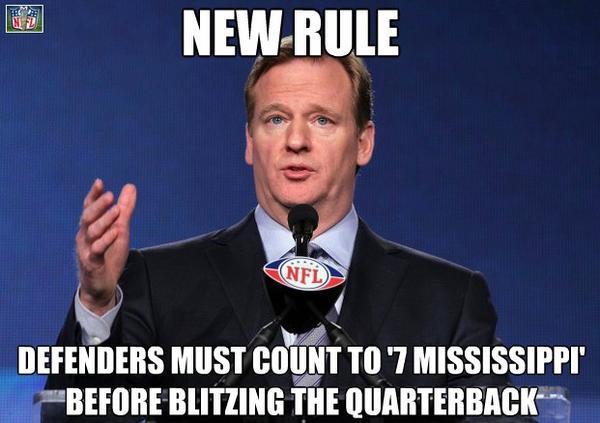 The NFL needs to clean up a couple of things immediately – but they won’t. Their competition committee will convene at some upcoming league meetings and they’ll implement some meaningless tweaks to the game that will be no more than thinly-veiled lip service to promote the game’s safety.

Why embarrass yourself but ignoring the obvious, staining the game and its results, when the technology is available in the palm of the NFL’s collective hand to get it right? Look, I get the game has too many stoppages and they’re trying to enhance the viewer’s experience. That’s fine for the regular season but in the postseason, you can’t let the results of the game to be scarred by poor officiating. That’s not fair to either team, their respective fans OR NFL fans in general.

Same goes for the overtime rules. Both postseason combatants deserve an opportunity to possess the football. Winning a coin flip should not provide such a decided advantage, particularly when the team losing the toss has to put its tired defense back out on the field for a second consecutive series.

This all falls under the category of common sense and if you disagree, I’ve got a pay phone and a Blockbuster membership card to sell you.