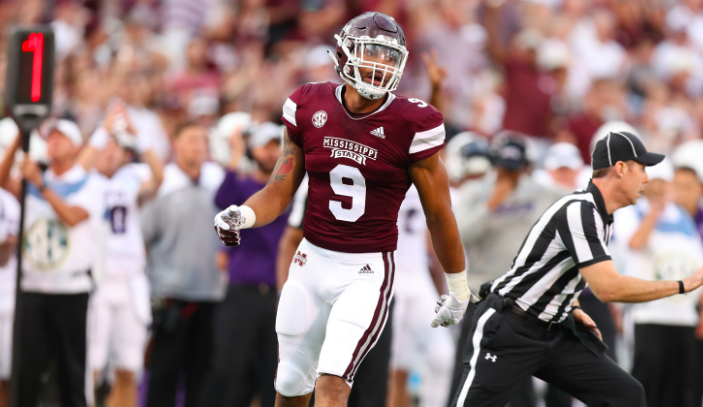 The unofficial start of draft season begins Saturday with the Senior Bowl. Since 2010, the Ravens have selected 33 Senior Bowl participants including two last year, Jaleel Scott and Bradley Bozeman. So it goes without saying at least one future Raven will be taking the field this Saturday. Here are a few guys that Raven fans should keep an eye on. 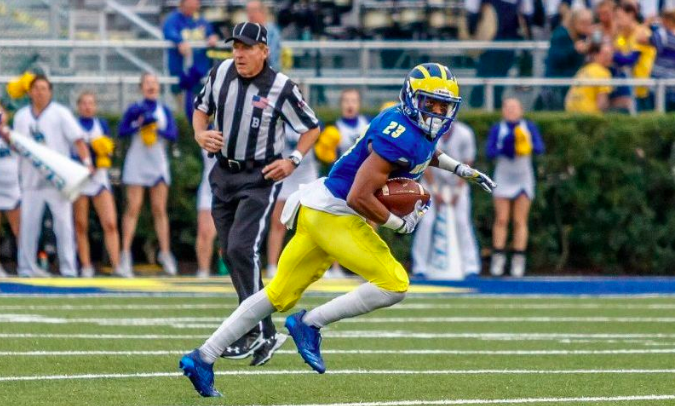 Nasir Adderley (S/Delaware): This name may sound familiar to some fans, as NFL.com’s Daniel Jeremiah recently mocked Adderley to the Ravens at pick 22. Some will question the level of competition he faced at Delaware, but you will forget about that once you put on the tape. Adderley is a true centerfielder who can cover a ton of ground with his speed and has great ball-hawking instincts. He can play near the line of scrimmage to stop the run, blitz the QB, or even line up to cover one-on-one. The Ravens have not had a player like this since Ed Reed, and he possess all the same traits.

Michael Deiter (OG/Wisconsin): There is a good chance that three Badger O-linemen get drafted in the first three rounds, and Deiter maybe the best. A four-year starter, Deiter started 54 games between center, right guard, and left guard. Most agree that he is best suited for guard in the NFL. Deiter’s best attributes are his ability to get off his initial block and get to the second level, and his ability to pull and get out on the edge. These are two huge points the Ravens should be looking for in their interior line spots, especially given the power run game they will be imploring with Lamar Jackson. Deiter led a line that opened up holes for Wisconsin’s Jonathan Taylor to rush for over 4,000 yards in two years.

Andy Isabella (WR/UMASS): I think Eric DeCosta will make a point to draft and develop a WR or two, and there is no better one to look at then Isabella. From UMass, where they are not exactly a football factory, Isabella had a career where he posted 30 receiving TD, and record three straight years of 60+ catches including 102 this year. He also racked up 1698 yards this year alone! Isabella is a solid route runner who can create separation. Trust me, you will be hearing a ton about him over the next three months.

Jaylen Smith (WR/Louisville): Smith is simply on this list because he was a teammate of Lamar’s at Louisville for three years, where the two connected for 14 touchdowns. With the potential of the WR room to receive yet another make over this offseason, what better addition than a 6’4” guy who has a successful history with your QB? In LJ’s last year at Louisville, Smith had his best year, putting up 60/980/7. Smith may be somewhat of a project. Many would say the same about Scott and Lasley, but remember, neither of those two has a history with Jackson. 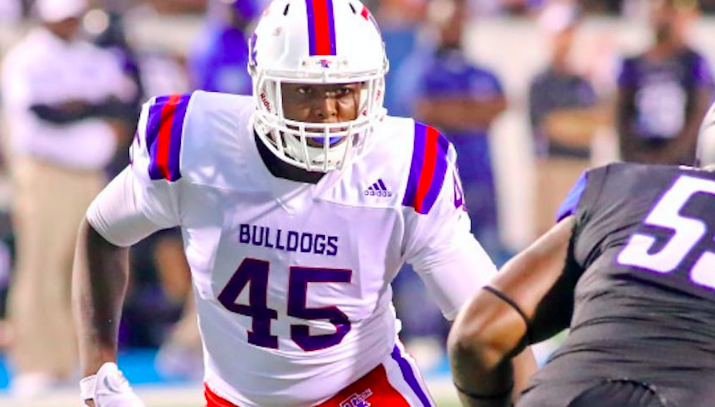 Jaylon Ferguson (DE/Louisiana Tech): Over the next three months, I will be beating the drum hard for Ferguson, as he is my personal favorite. His scouting report and tape are almost identical to 2018 first-round draft pick Marcus Davenport of the Saints: small-school prospect who is raw, not great at bending his body, but is a freak of nature with God-given talent that cannot be taught.

He finished his career as the all-time NCAA sack leader (45) and amassed 67.5 tackles for loss, capping off his career with 17.5 sacks and 26 TFL. With Za’Darius Smith almost certain to walk in free agency, Terrell Suggs 35 years old with his future unknown, and Tyus Bowser and Tim Williams having made little impact in their first two years, Ferguson is exactly the kind of pass rusher Wink Martindale needs to keep his defense at or near the top of the league.

Deebo Samuel (WR/South Carolina): As mentioned above, the Ravens will probably be in the market to draft some new receivers. Of all the receivers at the Senior Bowl, Samuel is the most highly touted. His numbers aren’t exactly eye-popping, but given the lack of QB talent at South Carolina, it is pretty impressive that he ended up with over 2,000 yards receiving and 16 TD, 11 of which came this past year. What makes him really intriguing his is ability to run the full route tree and the way he excels in creating yards after the catch.

With great field vision, he can take a short pass and turn it into 80 yards. This is exactly the kind of receiver with which the Ravens need to surround Lamar.

Ben Powers (OG/Oklahoma): With Marshal Yanda getting older and Alex Lewis unable to stay healthy, Powers could slide in Day One and start. An All-American his senior year at OU, he was a college teammate of Orlando Brown, Jr. Powers excels in the pass game, where OU was second in the nation with 11.6 yards per pass play. They also led the nation in rushing yards per play at 7.0. Powers has been described as an “immovable object” and that is exactly what the Ravens need to keep Lamar upright and give him time to find his receivers.

Montez Sweat (DE/ Mississippi St.): Full disclosure: I do not think Sweat will be on the board when the Ravens pick at 22, but stranger things have happened. You never know how the board will fall or maybe they trade up to grab him, but Sweat is an edge rusher who dominated the SEC. In two years at Mississippi State, he finished with 22.5 sacks and 30 TFL. At 6’6”, he can get around tackles and is long enough to set the edge in the pass game.

Sweat is a Day One starter, and if he is on the board at 22, the Ravens should run to turn the card in.