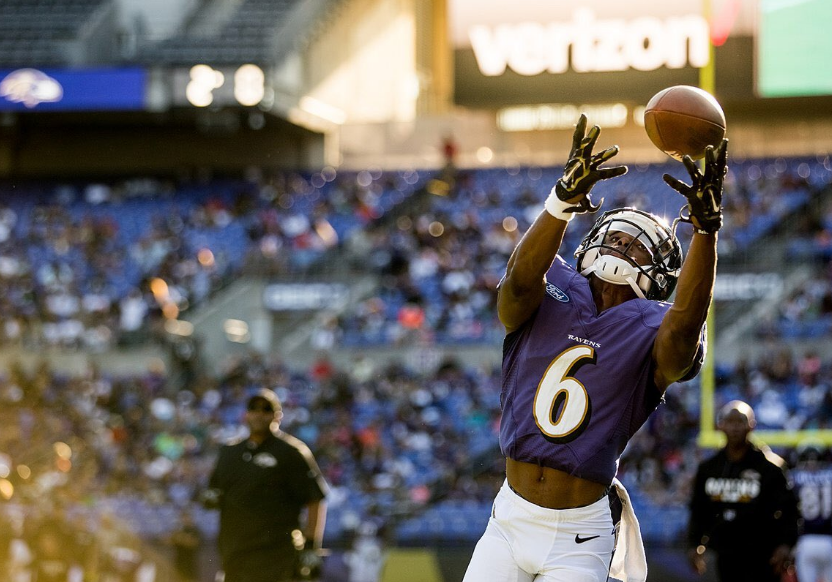 The Ravens have signed 10 players to Reserve/Future contracts for 2019. Eight of those players – G Kofi Amichia, T Randin Crecelius, DB Robertson Daniel, RB Tyler Ervin, FB Christopher Ezeala, DB Bennett Jackson, LB Alvin Jones, TE Nick Keizer – finished the 2018 season on the Ravens’ Practice Squad. The two other players – LB Ejuan Price and LB Matthew Thomas – were signed from outside of the Ravens organization. Price was a 7th round pick of the L.A. Rams in 2017, who was cut by the Rams last September and was out of the league thereafter.

Thomas is probably the most interesting signing. A 2018 UDFA out of Florida State, Thomas made the Steelers opening roster and spent the first 13 weeks (playing in 10 games) of the season on the team’s active roster. Thomas then spent the last 3 weeks of the season on the Steelers’ Practice Squad. Given his extended time on the roster, it’s likely that the Steelers wanted him back, so it’s a bit of a surprise that he wasn’t re-signed and instead ended up in Baltimore.

Three players who finished 2018 on the Ravens weren’t re-signed to Reserve/Future contracts – WR/RS Tim White, WR/RS Janarion Grant and OT Jake Rodgers. Rodgers only spent the last couple of weeks on the Practice Squad, so the Ravens must have seen enough to know they didn’t want him back. 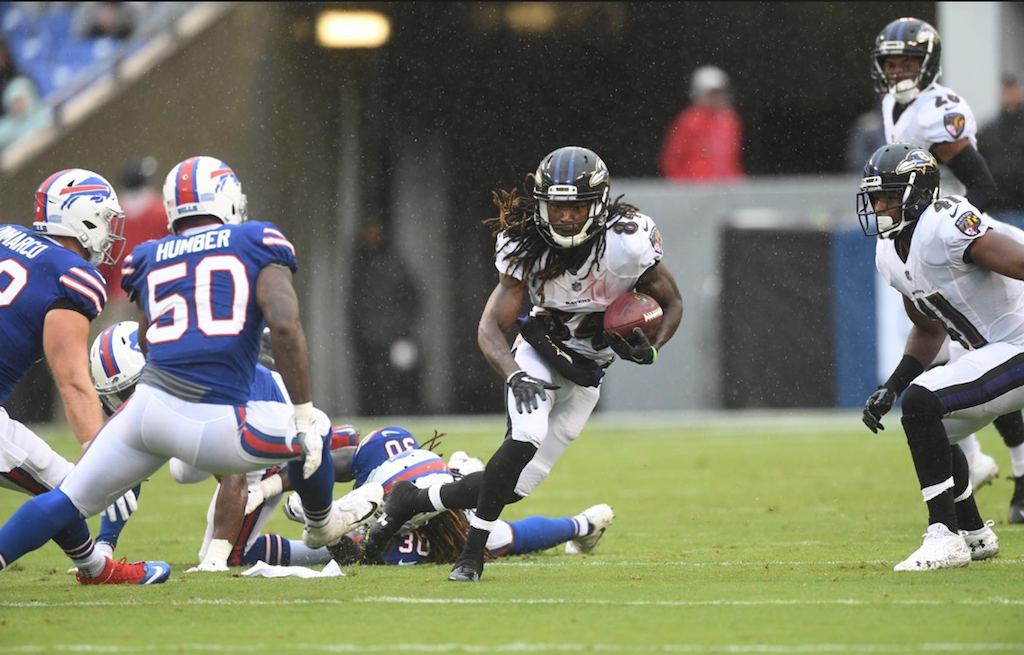 The fact that neither White or Grant were brought back is bit surprising though, since – despite some fumbling issues – both appeared to have some potential upside for the future, both as wide receivers and return specialist. White instead signed with the Jets and Grant, to date, remains unsigned. White not returning is also interesting because over the last couple of weeks of the season, the Ravens raised his PS salary up to the rookie minimum (from $11K/wk to $28,235/wk). It’s likely that another team was coming to poach him off the PS, but the Ravens clearly didn’t want to lose him and White decided to take the extra money to stay. It’s not clear what has changed since then.

The 2011 NFL CBA created a new salary escalator that allows lower round draft picks to receive an escalated base salary if they reach certain playing time thresholds. The “Proven Performance Escalator” (PPE) operates to increase the player’s 4th year salary from the minimum salary for a player with 3 years of service time up to a total equal to the lowest Restricted Free Agent (RFA) tender.

When negotiating the new CBA in 2011, one of the goals of the owners (and, to an extent, the NFLPA) was to reduce the compensation paid to draft picks who had yet to play a down in the NFL. The main focus, of course, was to reduce the exorbitant contracts given to high 1st round draft picks, but another measure that was implemented was to require 4-year contracts for all draft picks. For players drafted in the 3rd through 7th rounds, this meant minimum base salaries throughout the contract and the elimination of possibility of become a RFA and earning a higher base salary in the player’s 4th year. The PPE was put in place to allow those lower draft picks to make the equivalent of the lowest RFA tender if they performed well. The player’s “performance” is measured by playing time, so the escalator is earned if the player either (1) plays in 35% of offensive or defensive snaps in 2 of the player’s first 3 seasons or (2) plays in 35% of the cumulative snaps over his first 3 seasons.

The Ravens have 7 players – CB Tavon Young, WR Chris Moore, OL Alex Lewis, DT Willie Henry, RB Kenneth Dixon, LB Matt Judon and CB Maurice Canady – remaining from the 2016 draft who were eligible to possibly earn the PPE. Young, Lewis and Moore easily earned the PPE. Due to injuries, Dixon and Canady didn’t come close. Willie Henry played close to 55% of the snaps in 2017 and would have likely would have earned the PPE if he had been healthy in 2018.

So, Moore missed out on seeing his base salary increase from $720K up to $2.032M (estimate), while Young, Lewis and Judon will all see that their base salaries increase by $1.312M.

One caveat to all of this is that the PPE is not guaranteed, so the player can be cut later, if healthy, with no Salary Cap consequences. It’s also probably worth wondering if Lewis might get the “Gradkowski” treatment. In 2014, Geno Gradkowski was the first Raven to earn the PPE (largely based on his one season as a starter), but since Gradkowski was a reserve at the time and had only played in 8 games the prior year, the Ravens weren’t willing to pay the increased PPE amount and traded him to Denver for a swap of mid-round draft picks.

Barring any last minute, unforeseen adjustments, the Ravens will carryover $4,649,956 in used 2018 Cap space onto the 2019 Cap. This will increase the team’s adjusted Cap and create a little more useable Cap space for 2019.

With the above 10 players signed to Reserve/Future contracts, the Ravens currently have 55 players under contract for a Rule of 51 Cap commitment of $165,371,443. With the Cap estimated to be in the $187-191M range, the Ravens presently (before the PPE is officially added in and before incentive adjustments, RFA and ERFA tenders) have between $25.6M and $30.6M in available Cap space. But, be careful, that amount is likely to decrease greatly when the PPE, incentives and RFA/ERFA tenders are added in. Still, the Ravens should be in their best Cap position in many years.