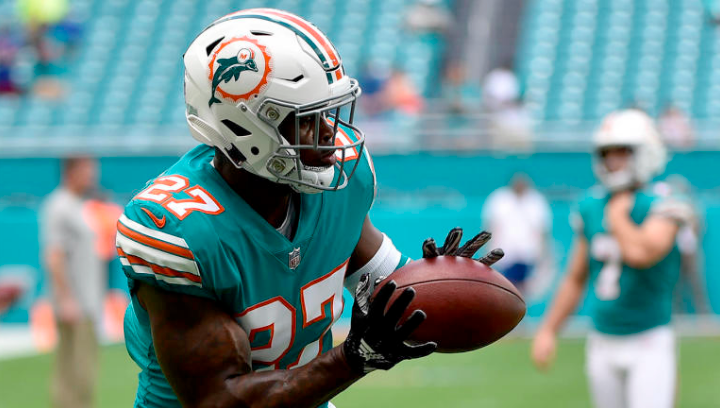 Foresight is an important tool to have in leagues with a dynasty format. Injuries, coaching changes, and competition can all change the stock of your players in the blink of an eye. Even if you have a good, team it’s vital to keep thinking about ways to find advantages.

One of my favorite avenues for that is through end-of-year waiver wire pick ups. Maybe there’s a player who looks likely to leave in free agency who has a talented backup…or maybe there’s a talented backup who’s been behind an entrenched starter but has the opportunity to carve out a role elsewhere. I study depth charts, cap space, player cap numbers, and the upcoming draft to see if I can find a potential diamond in the rough.

Here are a few guys who could wind up fitting the bill in 2019.

This one gives me huge “what if” vibes. Dontrelle Inman had a bit of an unexpected resurgence over the 2nd half of 2018 as he grabbed hold of the #2 WR duties in Indy. As well as he played, the Colts will likely be on the lookout for a more threatening bookend for T.Y. Hilton and maybe that threat is already on the roster. Deon Cain has the talent, size, and wheels to make an impact and had plenty of summer buzz from Colts beat writers. He looked destined for serious snaps and you would imagine it wouldn’t have been long before he supplanted Ryan Grant/Zach Pascal but before we got there, he tore his ACL.

Free agency will be one thing working in Cain’s favor. This year’s class is short on the big-bodied X receivers that would best complement Hilton’s game. Now, they could easily draft one early, and if so that throws cold water on this proposition – but it’s something to keep an eye on.

Even if you don’t grab him now, if the Colts make it through the first half of the draft without a major wide receiver addition, run to the waiver wire and add Cain.

The Vikings have a decision to make on current starter Kyle Rudolph. There is no more guaranteed money left on his deal, so they could save 7.6 million in space by releasing him. As of today, Minnesota has the 3rd least cap space in the league and have big free agent decisions to make on Anthony Barr and Sheldon Richardson.

If they decide to part ways with Rudolph, Tyler Conklin would be an interesting cost-effective replacement. His 2019 competition currently consist of blocker only David Morgan and fringe NFL talents Josiah Price and Cole Hikutini. Conklin’s a good-looking athlete with an impressive 14 yards per catch average in college. His potential in the red zone makes him a potentially interesting addition to fantasy football’s thinnest position.

I hopped all over this one when the season ended in my league. Robert Foster rose to the occasion when the Bills got rid of Kelvin Benjamin and Andre Holmes. In the seven games from Week 10 on, he had 25 catches for 511 yards and three TDs. Foster’s 687 air yards in that span was 11th highest among NFL receivers per airyards.com. His 20.8 aDOT (average depth of target) was #1 among wide receivers with 17 or more targets in that span. Foster’s lid-lifting ability makes him an ideal pairing with big-armed, high-variance QB Josh Allen.

I would expect the Bills to add a receiver in free agency early in the draft with the idea of kicking Zay Jones back inside to his more ideal slot position. Regardless of who they bring in, Foster should have a pretty secure role as a deep threat.

If he’s available, stop reading this (just for a second) and pick him up. He’d be worth floating a late pick or two to acquire as well.

This is a move that falls in line with the people (me) that picked up Trey Burton late last season. Tyrell Williams “the gazelle” will no doubt be looking for an opportunity to show he can be the front-line receiver his gifts suggest. His size, speed, and fluidity will undoubtedly be of interest around the league. Williams and his career 16.3 yards per reception could fit a lower-volume deep threat role for many teams, so his free agent destination is key.

If he lands back with the Chargers, he’s likely no higher than 4th in the pecking order, but if Tyrell can find a more voluminous role elsewhere, he could challenge to be a WR3. Grab him now if you have the room and cut him if he goes back to the Chargers or lands in another Chargers-esque situation.

Kalen Ballage is another intriguing speculative add. A draft twitter favorite, Ballage is a big, fast back with passing game ability. He wasn’t given an opportunity until a late-season injury to Frank Gore forced him into action but showed when his number was called.

With Brian Flores taking over as head coach, it’s rumored that his top offensive influencers will be current Patriots wide receivers coach Chad O’Shea as Offensive Coordinator and former Lions head coach Jim Caldwell in a yet-to-be-determined role – two guys who come from systems that believe in using running backs actively in the pass game, a place where Ballage showed real promise on the pre-draft circuit.

Early rumblings have pegged the Dolphins as a team motivated to rebuild under new GM Chris Grier. I don’t see that manifesting into a big-money free agent at RB or a high pick at the position for that matter. That likely leaves Ballage to battle it out Kenyan Drake for snaps.

Ballage is the ultimate lottery ticket. Come opening day I could see him anywhere from the #3 back to the starter. Grab him now if you can and hope you’re sitting on the winning numbers.