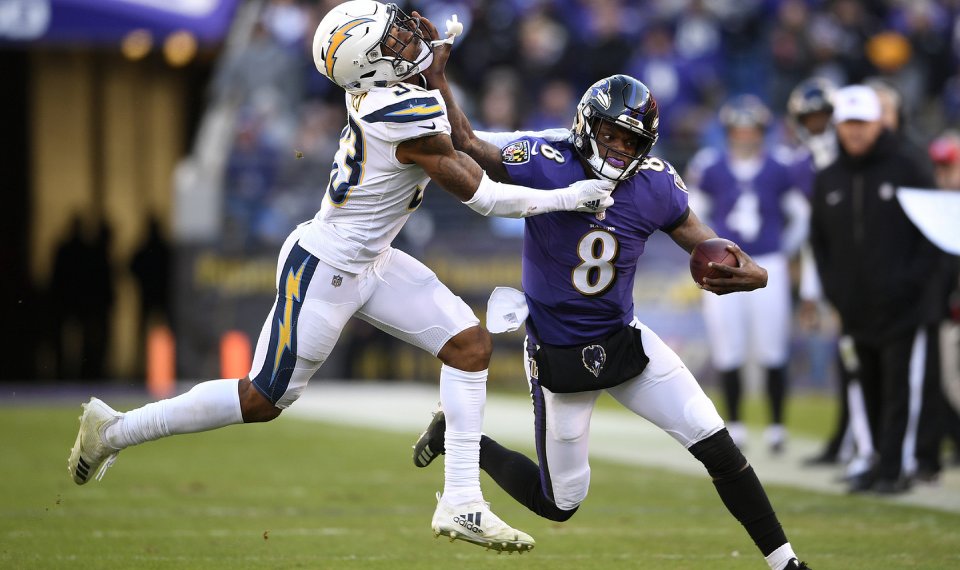 Lamar Jackson can electrify the offense by breaking loose for a long run downfield.

However, this style of play also puts him at risk for injuries.

Jackson took several hard hits over the second half of last season when he became the starter.

The Ravens hope Jackson makes strides this offseason to become a better downfield passer and avoid some of those jarring tackles.

Nonetheless, new general manager Eric DeCosta is not taking any chances if Jackson gets injured. He wants to ensure the Ravens’ season is not fully derailed because of an injury to the starting quarterback.

One of his main priorities is finding an effective backup that can seamlessly lead the offense if Jackson goes down.

“I think that position is often overlooked, unless you need that guy, and then he becomes critical. We want to make sure we have a good backup in place regardless of Lamar Jackson being quarterback or somebody else being the quarterback,” DeCosta said. “Having two quarterbacks is essential in the NFL. There’s no faster way to ruin your season than to get your starting quarterback hurt and not having an effective backup quarterback. Your season is basically over at that point. We never want to be in that position again.”

One certainty is that veteran Joe Flacco will not be the backup for Jackson. Flacco will either be traded or released in the coming weeks.

Coach John Harbaugh prefers that the backup quarterback have similar skill sets to Jackson. That way, the team won’t have to overhaul the entire offense if Jackson cannot play.

Two likely candidates are Robert Griffin III, who served as the third-string quarterback last season, or free-agent Tyrod Taylor, a former Raven who is an unrestricted free agent.

“I would probably lean toward the backup being similar to Lamar,” Harbaugh said. “That’s what I would hope we would be able to do. Obviously, ‘RG3’ [Robert Griffin III] is a great option there. There are others out there like that, that can do those things.”

However, both Griffin and Taylor would both like to compete for starting jobs. There won’t be an open competition in Baltimore. Harbaugh has already anointed Jackson as the franchise quarterback moving forward.

Even though he would like to lead an offense, Griffin has left open the possibility of returning to the Ravens.

“They gave me an opportunity to get back in the league and prove that I can play the game at a high level,” Griffin said. “I was able to do that in the preseason and in spot duty when I played during the season. I showed that I can still move around and be dynamic, that I’m still fast.”

There is also an incentive for Taylor to sign in Baltimore. He had his best season as a pro in Buffalo in 2015 when Greg Roman was the offensive coordinator. Roman holds the same position with the Ravens and perhaps Taylor can catch lightning in a bottle with a reunion.

While Harbaugh is closely monitoring the backup quarterback equation, he is not overly concerned about Jackson’s style of play.

“Every player is one play away from being hurt, and every quarterback standing in the pocket is one hit away from being hurt, too,” he said. “But the fact that he gets out and runs and scrambles … I get it; I think it’s fair to consider that, but you can’t live your life in fear. I think there’s just as much fear on the other side that he’s going to take the thing to the house if he gets out and runs, too.

“So, we’ll live in that world as opposed to the other world. I think Lamar is just a heck of a player. He’s a threat every time he touches the ball – run and pass. You certainly, as a coach, are excited to have a guy like that playing quarterback for you.”