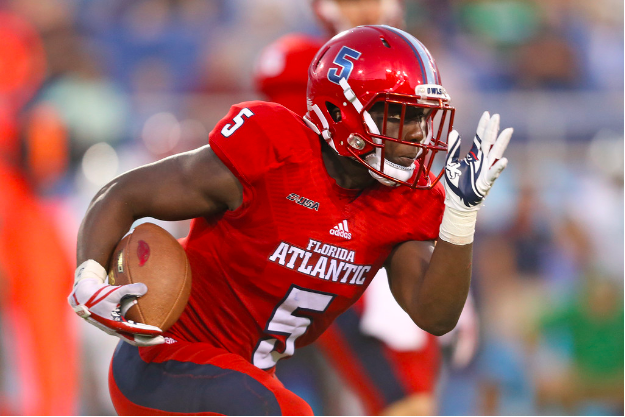 I want to make something abundantly clear. I don’t consider all of these prospects first-round prospects. A lot of people gave pushback when I said I was going to write about Devin Singletary, saying he wasn’t worth a first-round pick. To that I say, no shit.

So, let me tell you about this late day-two value pick.

The Baltimore Ravens will likely be running (pun intended) a run-first, run-often offense. It largely worked in their favor over the second half of the 2018 season, and with some tweaking, I think it can be successful in 2019 as well, even with tape on electric runner Lamar Jackson. They will, more than likely, retain the services of UDFA Gus Edwards, and Kenneth Dixon is on the roster for at least another year. However, the Ravens need the services of a dynamic running back – preferably not one named Le’Veon Bell, who would eat up what cap space they do have.

With the Ravens running a ‘power’ scheme, it would naturally make sense to start with this trait, even if they don’t necessarily mean the same thing. Like I said with Kelvin Harmon, Singletary doesn’t mind contact. He’ll seek it out in certain situations. His center of gravity is optimal for a back of his size, and he uses his feet well as anchors. He keeps his feet moving, and tries to fall forward wherever he can. He has a good strength-to-size ratio, but I wouldn’t expect him to carry defenders down the field.

Singletary is a calculated runner, dangerous with the ball in his hands. He has great field vision, and seems like he has an internal GPS telling him where defenders are. He has a knack of stringing ‘football moves’ together, dodging defenders and finding seams. His ability to judge distance-to-down, and fall forward if needed, is in the top five of RB prospects in this draft.

He’s a patient runner, similar to Bell – though not that patient.

When coupled with his vision and power, Singletary’s instincts make him seem like he’s being controlled by a Madden master. He’s twitchy and sudden, but I wouldn’t call him ‘bursty.’ Less acceleration and top-end speed than I would like, but he finds himself with open field more often than you’d expect – he uses his moves to taunt defenders and make them over correct. He would provide a change-of-pace when compared to the bruising Edwards, as he is more elusive. 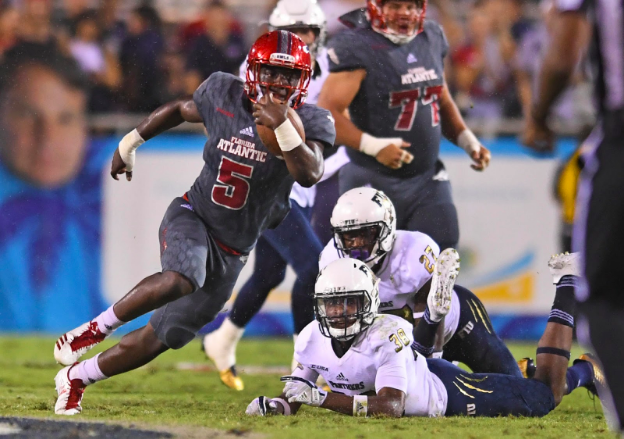 When I watched his tape, at first his lack of usage in the passing game made me question whether he had the ability to contribute. The more I watched, the more the necessary traits stood out to me. He’s loose in the hips, plays fast, and has strong hands for a running back. I think his best receiving gains would come from ‘check-down’ type plays, where he could help Jackson extend the running game through dump-offs and swings. I believe that his aforementioned instincts would enable him to turn a short pass into a first down fairly easily. Think Ray Rice circa 2008-12.

This is where I think Singletary’s biggest weakness lies. While he has the ability to chip block, and provide momentary protection in the backfield, I don’t think he has the core ability to be a suitable pass-protection option regularly. NFL defenders would be able to swallow him whole, and he doesn’t really stand a chance in avoiding being overpowered – not without a whole lotta time in the weight room.

With Singletary, teams have the ability to use him in power concepts, because he has had success in them. However, he is also a very fluid zone runner, something that Baltimore has struggled with over the past season or so. Similar to Alex Collins, Singletary has a lot of side-to-side in his game, though he can also run north-south if asked. That’s something at which he would likely improve with repeated reps.

There are some questions about Singletary’s ability to produce at the next level, given the level of competition he faced. He averaged a very healthy 6.0 YPC against Conference USA opponents, but wasn’t quite as productive when facing the Power 5 (3.5 YPC average over just three games). He racked up 66 rushing touchdowns, but only one receiving score, in three years. Still, he’s far above average in racking up yards after contact.

I don’t subscribe to the newly popular again ‘take a running back early’ school of thought. Unless you can guarantee that he’s a gamebreaker, you’re risking valuable draft capital on a position that has a short shelf life, and a higher risk of injury than almost any other position on the field. Singletary provides great value to Baltimore at the end of round three, or if he falls to them in round four (they have two picks in each, assuming that the Joe Flacco deal goes through, and they’re awarded the likely compensatory pick for Ryan Jensen). He is a scatback at his core, which is a different skillset than either Edwards or Dixon, and he can help with the ‘extension of the run game,’ which new offensive coordinator Greg Roman has long been a fan of.

Ravens fans want Bell, even if it means once again returning to cap hell. I encourage anybody who wants the diva in Baltimore, to watch some tape on Devin Singletary, and then envision him in the Lamar Jackson-led, run-first, run-heavy offense that Baltimore is sure to run in 2019.