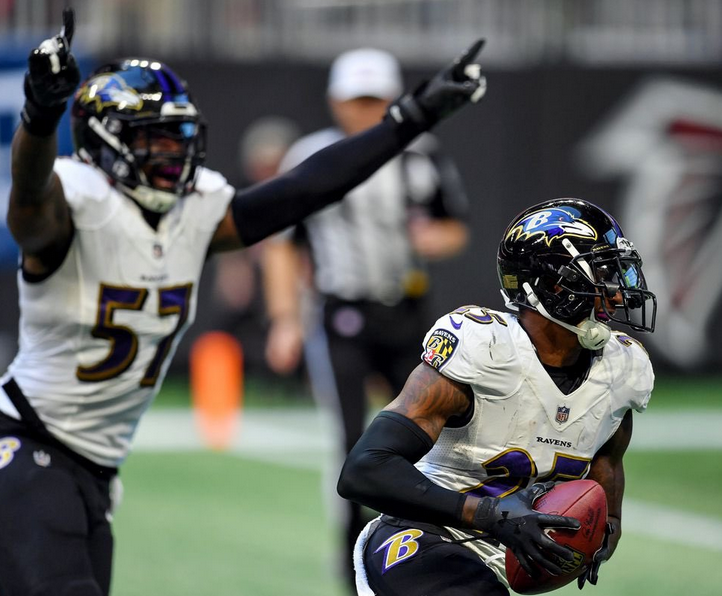 This morning, the Ravens announced a Friday press conference at the Under Armour Performance Center with John Harbaugh, Eric DeCosta, and an unspecified Ravens player. It didn’t take long to figure out who that player was…

Extremely blessed and thankful to continue my career as a Baltimore Raven, Thanks to everyone in the @Ravens organization and teammates Let’s workkkkkkk!!

This is something that Ravens fans have been complaining about for years with Ozzie: the lack of signing guys earlier, which usually means making them cheaper in the long run. It is a double-edged sword though because if the player doesn’t progress, you are stuck with the more costly deal (see: Webb, Lardarius).

That said, without yet knowing the terms, this looks like a good move, with GM Eric DeCosta starting to follow through on his promise to extend younger players before they reach free agency. Nice second step after getting the Joe Flacco trade done. This may well raise Young’s Cap number for 2019, but it will keep him from being a FA after this season.

— Tavon took all of the suspense out of tomorrow’s press conference with his tweet (above).

— Eric DeCosta has publicly stated he plans to lock up some of the Ravens’ younger players before they get to the final year of their contracts. Young is emerging as one of the league’s best slot corners and this is a good move by the team.

— NFL teams really cannot have enough depth at cornerback and this will help the Ravens remain solid in the secondary.

— Young had 36 tackles, two sacks, an interception and five pass break-ups in an injury-riddled season in 2018. The hope is that Young has fully recovered from the sports hernia that limited his time on the field.

— The question now is, what will the Ravens do with Jimmy Smith?

This is a perfect example of how Eric DeCosta’s regime will be different than Ozzie Newsome’s. Locking up Young is exactly the type of move you make to not only keep a core young player in the fold, but to proactively manage the salary cap. When you let these players play through the life of their contracts, there is a higher payout when they hit FA. We’ve seen the Ravens overpay (Brandon Williams) their younger players when they could have had them for a cheaper price earlier. There is a negative trickle effect on the cap. I anticipate the team will move to lock up Matt Judon next, and even possibly Michael Pierce, so they can keep their new deals manageable as well.

DeCosta has made a smart decision with this extension. The nickel position is becoming more and more important in today’s NFL. Now a key player at a very important position is locked up for the next several years. Signing him early allows for a better price for the team cap-wise than would waiting until he is set to become a free agent.

Good move by DeCosta to lock up a very good young CB. With the slot CB position becoming more and more valuable in the league, it looks like the Ravens should not have to worry about that for a few years. It was also nice to see DeCosta also hand out an extension for a young player coming into his prime, as opposed to an aging vet.

In the past two weeks, DeCosta has made two very nice moves in trading Flacco for a 4th and locking up Young. While I know it is a very small sample size, fans should like the way DeCosta has operated as his tenure begins as GM.

Does any team invest more in the secondary than the Ravens? One might, but none come immediately to mind. This is a smart move in a contract year, especially with the value of slot/nickel corners increasing. I hope we see more of the secondary revamped, possibly with Jimmy Smith and Tony Jefferson being on the move. Overall, another smart move in the beginning of the DeCosta era. It looks like he is trying to organize his books and manage the cap the way he sees fit in today’s NFL. The solid offseason start continues.

Tavon has certainly flashed when healthy as a pass rusher from the slot and shown the skates to cover some of the league’s shifty receivers.  Despite the rotation at CB, he played 58.4% of the team’s snaps in 2018.  The Ravens played with 5+ defensive backs on 83.2% of snaps last season, so there is room for him to play more and stay exclusively at SCB.

It’s been a while since the Ravens have locked up a player after year three, but I expect some economy from this move. Pending terms, I like the move in terms of likely compensation, the direction of aging, impact on the comp formula, and the fact the team is moving back to such contracts which should avoid top-of-the-market FA deals.  And most importantly, Tavon is a fine player with no apparent baggage.

Normally, second contracts don’t make a team younger, but this is a fairly clear indication the Ravens will move on from at least one of their veteran corners (Jimmy Smith, Brandon Carr).

Cheers to DeCosta for making good use of cap space and I hope we’ll see more such moves to lock up the Ravens’ young core on defense.

Over the years I’ve had many discussions with Eric about the team’s handling of key players whose contracts were coming to an end. This move to extend Tavon Young is consistent with the vision he’s shared about managing the cap. I know that he’s admired the way the Eagles have managed their cap — always in position to make a key move to benefit the club while steering clear of situations that would prevent them from retaining one of their own, good, young players.

This move is just the beginning. Eric’s close relationship with Pat Moriarty will fuel more moves like this one so that in the future the Ravens will reach a point of financial freedom. That coupled with productive drafts will enable the team to be regular threats in the AFC.

I’ve argued for some time now that those who thought Eric would be Ozzie 2.0 were wrong. One month into the job, he’s showing the world why I’ve always believed that. And you know what, there’s a bunch more from where this came…