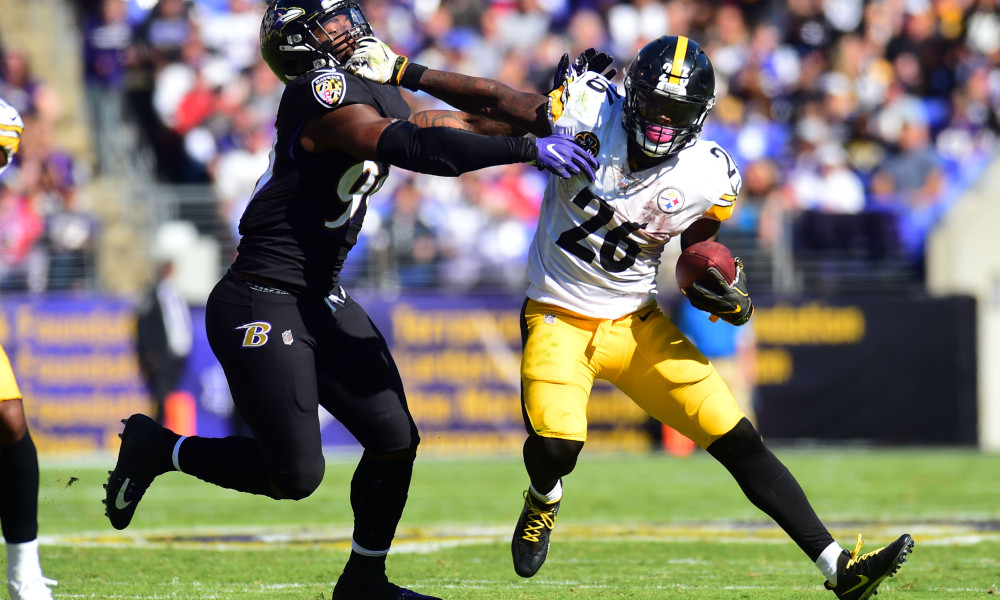 The Ravens would send their fanbase into a frenzy by signing running back Le’Veon Bell.

A duo of Bell and quarterback Lamar Jackson is a highlight-reel dream.

While new general manager Eric DeCosta and offensive coordinator Greg Roman have done their best to temper any expectations of signing Bell, the rumors simply won’t go away.

Jeff Zrebiec, of the Athletic, astutely pointed out that the Bell shares the same agent with Tavon Young, who was recently signed to a multi-year extension. The agent, Adisa Bakari, also represents Robert Griffin III, so there is even more familiarity between the two sides.

The reality is the Ravens likely won’t break the bank for Bell, who scoffed at a five-year, $70 million offer from the Steelers. An NFL insider told me Bell will want between $16 million and $17 million per year, but the offers will likely hover around $12 million to $13 million.

That could price him out of the Ravens market.

However, the Ravens have already created about $35 million of cap space with the release of Michael Crabtree and pending trade of Joe Flacco to Denver. Jackson’s rookie deal is also conducive for making a splash in the open market.

The team could create more money by releasing or restructuring veterans.

DeCosta plans to proceed with caution.

“I think we want to be financially responsible when it comes to the salary cap,” DeCosta said. “I think we want to be innovative in terms of whether we use analytics, technology, new teaching principles, new ways of looking at players, new ways of interviewing players and getting to know their personalities and their makeups and things like that, incorporating science with traditional scouting methods, which I think are critical, and creating an organization that is a fun, really rewarding place to work. I think that’s a big part of what I want to accomplish as well.”

There is no question that Bell is a dynamic player. He has run for more than 1,200 yards and caught at least 70 passes for more than 600 yards in each of the past two seasons. There are questions whether his running style will effectively fit into Roman’s offense. However, a player of Bell’s caliber would likely work in any system.

Some of the Ravens players, such as safeties Eric Weddle and Tony Jefferson, have already tried to recruit Bell via Twitter. Jackson has also followed Bell on Instagram, which has added to the intrigue.

The question is whether DeCosta will pull the trigger or spread that money over the roster.

It’s certain we won’t hear the last of these rumors until Bell signs with a team.