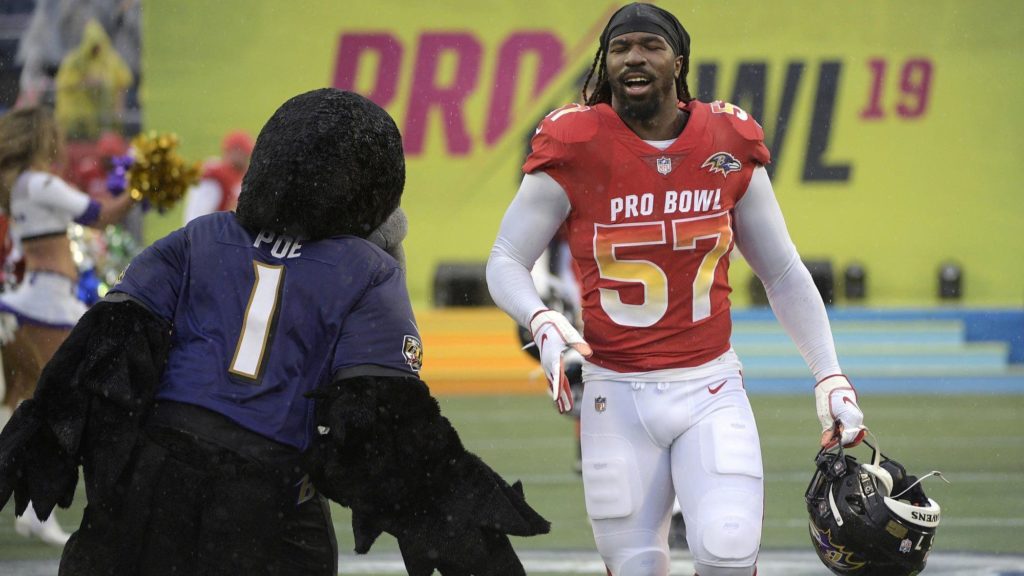 Ravens general manager Eric DeCosta was being fiscally responsible when he chose to not use the franchise tag on linebacker C.J. Mosley.

The deadline to place a one-year tag on players is March 5 (today) at 4 p.m.

Under the franchise tag, the four-time Pro Bowler would have earned $15.4 million this year, making him the highest-paid middle linebacker in the NFL in terms of salary.

Apparently, that was an investment the Ravens were not ready to make.

The team has too many needs to allocate so much money to one player.

That is another reason the Ravens will likely not participate in the Le’Veon Bell sweepstakes. Bell will want  between $16 million and $17 million per year. However, most of his offers will likely hover around $12 million to $13 million — still a hefty investment for a running back that sat out the entire 2018 season.

DeCosta has expressed a desire to reach a new deal with Mosley. At this point, he might let Mosley test the market and get a better sense of his value. I imagine Mosley and his agent Jimmy Sexton will likely give the Ravens an opportunity to match any offers. However, this is a risky proposition, especially if a team with ample salary-cap space offers a deal the Ravens cannot match.

The Ravens, as an organization, are being practical in their approach to the offseason.

“There are limitations with money, but C.J. wants to be back and we want him back,” Coach John Harbaugh said about Mosley’s pending free agency. “I think that’s a really good formula for a player coming back. I’m just not even going to entertain the possibility right now that that wouldn’t happen. I’ll just assume that’s going to happen.”

The Ravens also have to make decisions on nine other unrestricted free agents consisting of:

The Ravens reportedly have already offered the 36-year-old Suggs a new deal, but nothing appears imminent. Suggs has already said he plans to play this upcoming season in Baltimore or elsewhere.

The Ravens might already be resigned to losing Smith, who could command more $10 million per year in the open market. There is only so much money to go around and the team does have other promising young linebackers.

DeCosta has reportedly expressed interest in former Patriots tight end Dwayne Allen, which would possibly allow Nick Boyle and Maxx Williams to leave via free agency. Allen, 29, is a solid blocker who would be a perfect fit for Greg Roman’s offense, but the Ravens could face some fierce competition for his services.

DeCosta needs to add more playmakers on offense to complement quarterback Lamar Jackson, but he doesn’t want to compromise a defense that was among the best in the NFL last season. That makes the Mosley situation more complicated.

It’s a delicate balance for a first-year GM.

The pieces will begin to fall into place beginning this week.

DeCosta and his staff will be burning the midnight oil.