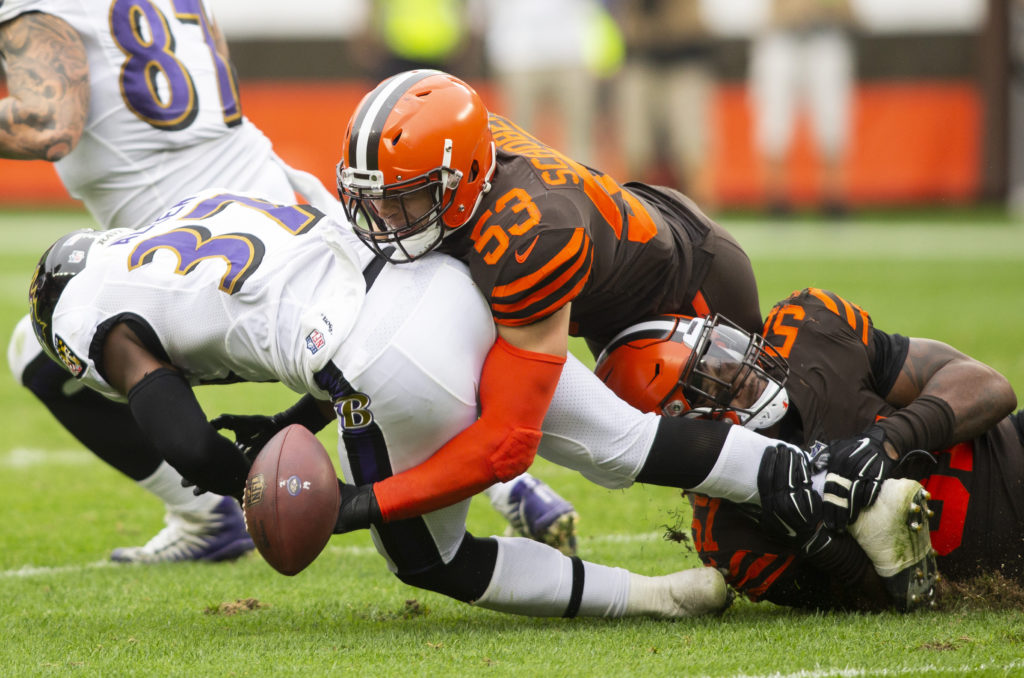 Teams​ can start talking to players​, but no​ new deals can be​​ finalized until after 4 p.m. this Wednesday, March 13.

Nonetheless, we are about to see some enormous contracts proposed to a slew of playmakers.

The Ravens are in the middle of the pack when it comes to salary-cap space.

As a result, don’t expect a huge splash over the coming days.

The team is still negotiating with linebacker C.J. Mosley, but at this point, he has nothing to lose by testing the market.

As is stands, the Indianapolis Colts have the most salary-cap space among all NFL teams with about $102.1 million to spend. General manager Chris Ballard has indicated that the Colts won’t embark on a massive spending spree or get into a bidding war because of the excess funds. He placed a premium on value. Nonetheless, the team will be able to land a major playmaker in the secondary and a pass rusher — their biggest areas of need.

Incidentally, the Colts have been linked to signing former Ravens receiver Breshad Perriman for depth.

Next in line is the New York Jets, who have about $101.5 million to spend. General manager Mike Maccagnan already made a splash by acquiring former Ravens left guard Kelechi Osemele and a 2019 sixth-round pick from Oakland for a fifth-round pick in this upcoming draft.

Of course, with so much money to spend, the Jets have also been linked to former Steelers running back Le’Veon Bell. However, the more prudent move could be Tevin Coleman, who ran for 2,340 yards (4.2 yards per carry) over four years in Atlanta.

The Ravens also have a need at running back and will be closely monitoring that market.

“We have a lot of cap space,” Maccagnan said at the NFL Scouting Combine. “We have to plan for what we want to accomplish in free agency. I think we’ll be very active in free agency. There are a lot of different players out there we feel very strongly about that can help us.”

The sleeping giant could be the Browns, with about $71.2 million to spend. Cleveland made huge strides this past season with Baker Mayfield at quarterback. The Browns need depth on the offensive line, secondary and at wide receivers to complement Jarvis Landry.

The Browns created $9.3 million in salary-cap space by releasing linebacker Jamie Collins, who led the team with 104 tackles last season.

With so much money on the open market, the Ravens will likely wait for the first wave of free agency to pass before making a significant move. Their main priority will be signing some of their own players to new deals or extensions before looking elsewhere.

However, there is always a surprise or two that emerges.

General manager Eric DeCosta might have a trick or two up his sleeve.