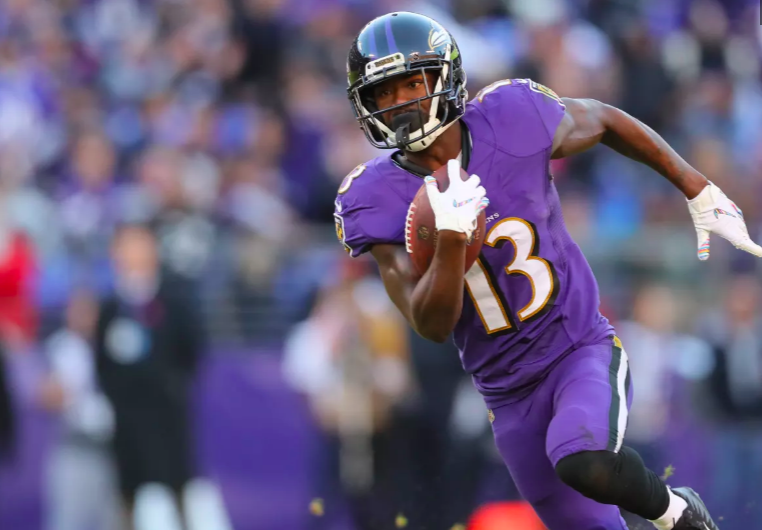 Former Ravens WR John Brown has reportedly agreed to a deal with the Buffalo Bills.

— No surprise here. Brown signed a one-year deal in Baltimore to get a better payday this offseason. He got three years and $27 million from the Bills.

— Brown was productive with Joe Flacco as the starting quarterback and had 34 catches for 601 yards and four touchdowns. That production dramatically dropped off when Lamar Jackson took over, averaging just 12.8 yards receiving per game.

— The Ravens were in the market for a wide receiver, regardless of Brown’s status. However, his departure adds another sense of urgency.

Another non-surprise. Brown was on his way to having a great year with Flacco at QB, but once LJ took over, that signaled the end of Brown here in Baltimore. Brown’s attributes do not fit well into the scheme of what Greg Roman will employ offensively.

Best of luck to him in Buffalo, where he will have yet another big arm QB throwing to him in Josh Allen.

I’m happy to see John Brown get paid. Once Lamar took over he had almost no role in the offense. I would have liked to see him go to Denver to pair up with Flacco since they had a connection.

I’m just glad he didn’t go to Pittsburgh where he could’ve been a poor man’s Antonio Brown replacement.

Another foregone conclusion. Brown is a good player but I don’t know how much sense it makes to lock in on a player like him on a run-first team with a developing QB. There will be reasonably priced free agents available in time and this year’s draft has plenty of talent at the position.

Let the comp picks roll in.