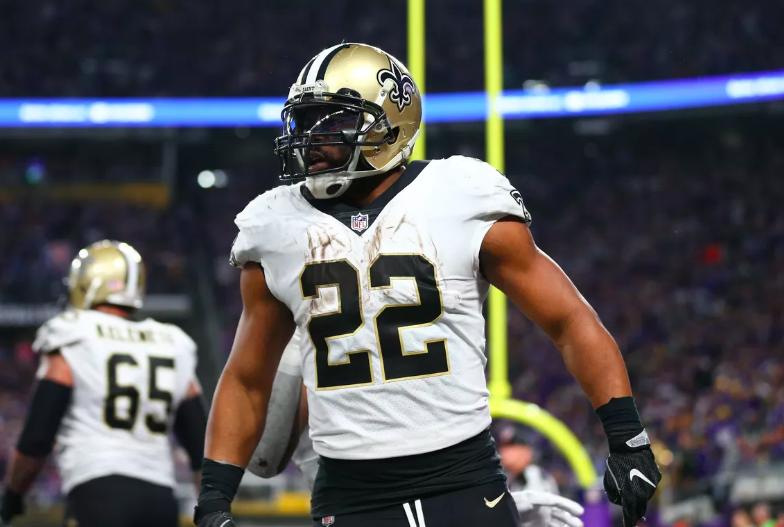 The Ravens have reportedly agreed to terms with running back Mark Ingram.

Former Saints’ RB Mark Ingram intends to sign a three-year, $15 million deal with the Baltimore Ravens, per @diannaESPN and me.

Ingram is 29 and has 1,549 career touches. Running behind the Saints’ fine offensive line, he’s piled up 4.7 YPC over the past 6 seasons with 40 TDs and 14 fumbles. He’s been adequate as a receiver with 7.0 YPR as part of the Saints well-developed screen game with an 80.2% catch rate over the last 6 seasons. Prior to 2018, he had a 3-year stretch with 154 catches. Ty Montgomery has a better pedigree as a pass blocker.

The big questions with Ingram comes in terms of potential decline given his age and time missed in 2018.  In addition, he’ll earn the most of the RBs and does not provide outlier receiving or pass blocking skills.

In total, I’m OK with the move in terms of AAV and hope the Ravens will scheme to unlock his value and complement the other backs.

— The versatile running back provides a veteran presence to an otherwise young group of players.

— Ingram’s physical running style is a good fit for the Ravens offense. He is also adept at catching the ball out of the backfield.

— Ingram also has 125 receptions for 905 yards over the last three seasons and will add another weapon to the Ravens’ offense.

— Eric DeCosta has further put his stamp on the roster.

Adds veteran experience to the backfield. He is a better version of what we wanted from Ty Montgomery and he should also help Lamar develop because he will have a reliable and experienced check down back if needed. If we are committed to the power run game, this move will assist in doing so. Gus Edwards also has a new teacher.

DeCosta has a plan and he has all along. Thomas and Ingram are both major upgrades and fill big voids. A lot of fans are panicking after the last couple of days but everyone should take a deep breath and enjoy the ride.

If you look at his numbers versus Bell’s numbers since 2013, the rushing numbers aren’t far off. Bell pulls away in the passing game, but Ingram has scored more touchdowns. He provides veteran leadership, fits the scheme, can block, and catch. He’s a steal at $5M a year.

Ingram is a good signing at a reasonable price – $5M/yr – and his versatility – running, receiving and blocking – is a nice addition.

The Ravens do lose 2 of the 4 Comp picks with these signings, but still have a 3rd (from Za’Darius) and a 4th (from John Brown). Ingram (6th) cancels out Suggs (5th) for now, but if the Ravens lose another UFA (Urban?), that would cancel Ingram, freeing up Suggs’ 5th).

Good day so far and perhaps more to come (Zack Brown would be a nice replacement for CJ and will not cost a Comp pick).

I was expecting the Ingram signing, but I definitely wasn’t prepared for the announcement of Earl Thomas. I’m glad the Ravens got a couple of deals done, even if both players are past their prime by a tad. The Ravens hand was forced slightly when the Browns traded for Odell Beckham Jr. and they realized stockpiling talent was the way to go.

Ingram will make $5 million on average and will no doubt leading the cadre of running backs.

My worries: Ingram is a good running back, but he lost his job to the younger, faster Latavius Murray in New Orleans. He can help in leadership and pass blocking with the Ravens, but the Ravens now have very little diversity in terms of running styles to choose from.

Mark Ingram isn’t the splash that Le’Veon Bell would’ve been but he’s been a major contributor for the Saints the last few years. He will have even more open holes to run through with Lamar Jackson at the helm. He’s physical and will break tackles and help wear defenses down. He’s also a solid pass catching option out of the backfield and won’t be expected to have too many carries with a stable of backs.

I wasn’t keen on this when we first starting to hear rumblings of Ingram being brought on at 8 million per. Sounds like that number is closer to 5 million per and that’s totally fine. Ingram isn’t dynamic but he’s one of the league’s most efficient pass catchers, blocks well, is a grinder between the tackles with just enough perimeter speed. A more versatile upgrade over Gus Edwards.