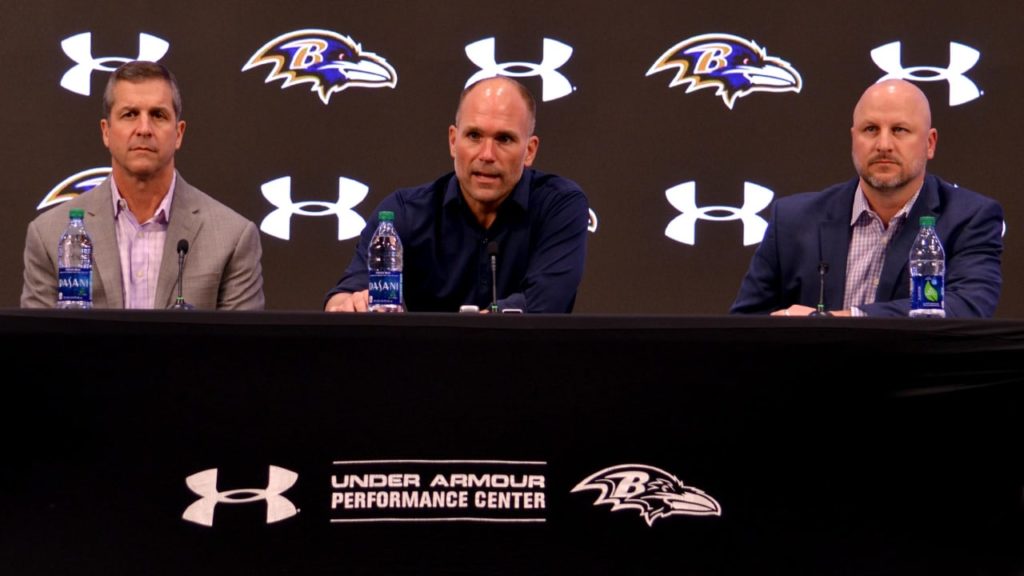 Eric DeCosta loved playing board games, such as Risk and Monopoly, when he was growing up in Massachusetts.

He views strategy of the NFL Draft much same the way, except with one caveat.

Like a high-stakes poker player, DeCosta revealed little about the Ravens draft strategy at the annual “Liars’ Luncheon” at the Under Armour Performance Center in Owings Mills.

Instead, he admitted the annual event is a good way to get some of the opposition off the Ravens’ “scent.”

It’s almost like those board games he used to play.

“That’s one of the fun things about the draft throughout the course of history – the strategic aspect of the draft. I love that,” DeCosta said.

DeCosta did provide some insight into the Ravens’ overall draft philosophy.

For example, he said the concept of the team always taking the “best player available” is not entirely accurate. The team has always been flexible with that strategy.

“We always factor need in. I think that is a little bit of a misconception that some people have,” he said. “Of course, we look at need every single year. The whole offseason is really based on need. We’re trying to figure out how we can be the best football team, and if you don’t have an awareness of your own needs, it’s hard to build a team.

In addition, DeCosta addressed the challenges of finding a receiver that can make an impact on the pro level. He said the Ravens simply need to take more players at that position in the draft to literally open up the field of playmakers.

The Ravens have a chosen a receiver three times in the first round — Travis Taylor, Mark Clayton and Breshad Perriman — and none of them lived up to expectations. One of the apparent goals this offseason is to reverse that trend. .

“I think one of the biggest things that we have to do is just get some at-bats and swing,” he said. “It’s hard to be a .400 hitter if you’re only going to bat twice. So, we have to take some chances. We have to find some guys that we like.”

DeCosta also admitted that this is the most important draft in Ravens history.

However, he reminded the media that he says that every year.

There is no more – or less – pressure because he is now the full-time GM.

“Every draft we have is the most critical draft that we have,” he said. “We have to use this as an opportunity to get better as a football team, and we have the model. We’ve had some good drafts recently. Last year was a great example of bringing guys in who could play right away and help us become the best team we can be.

“We have to do that again. This is a huge opportunity for this football team. We need these younger players to come in and contribute right away so we can be the best team we can be in September.”