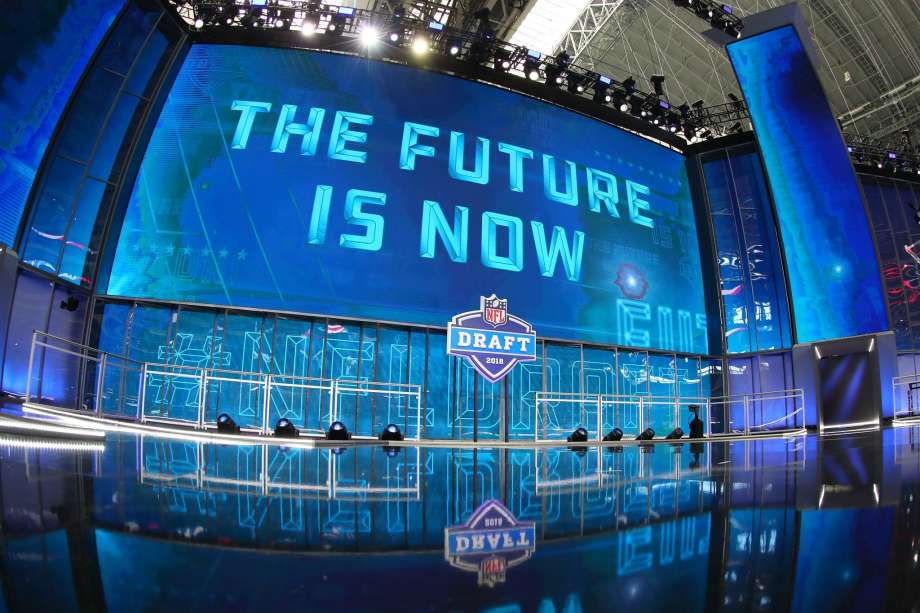 To celebrate the 2019 NFL Draft, the Baltimore Ravens will host two events on Day One and Day Three of the Draft.

On Thursday, April 25, fans are invited to attend the Ravens Flock Party: Draft Edition at Hightopps Backstage Grille to watch the first night of the NFL Draft. Starting at 6 p.m., 98 Rock and WBAL Radio will broadcast live, while Ravens Legends, including RB Justin Forsett, LB Jarret Johnson and LB Brad Jackson, Ravens Cheerleaders and Poe join the festivities onsite for a night of giveaways, photos and autographs.

This event is free and open to the public. Parking is available at Hightopps Backstage Grille parking lots.

On Saturday, April 27, the Ravens will host Ravens Draft Fest at Baltimore’s Inner Harbor from 11 a.m. – 4 p.m. Fans will be able to watch Day Three of the NFL Draft and be a part of Ravens history when the team announces its fourth-, fifth- and sixth-round selections live from the Baltimore Harbor via the NFL Network.

Ravens Legends RB Justin Forsett, LB Jarret Johnson, WR Jacoby Jones, WR Jermaine Lewis and S Tom Zbikowski, and the team’s 2019 first-round pick, are currently scheduled to be onsite for fan forums and autograph/photo sessions. The autograph/photo sessions are FREE, but a limited number of vouchers granting access will be available onsite only. Additional player appearances will be announced in the coming weeks.

Fans can also enjoy activities throughout the Inner Harbor, including on-stage activities and partner activations at the Inner Harbor Amphitheater, and food trucks, inflatables, photo opportunities and games at McKeldin Square. 98 Rock and WBAL Radio will broadcast live from the event.

During the event, the Ravens will honor three outstanding teachers nominated in the Touchdown for Teachers program, presented by M&T Bank, and announce the grand prize winner during an on-stage presentation.

Admission to Ravens Draft Fest is FREE and open to the public. For more information, visit https://www.baltimoreravens.com/fans/draft-events/.

The Ravens will offer FREE parking in Lot D and a complimentary shuttle service from M&T Bank Stadium to the Draft Fest at the Inner Harbor. Shuttle service will begin from Lot D at 10:45 a.m. and run approximately every 15 minutes. The last shuttle will depart the Inner Harbor at 4:15 p.m. Additional parking is available in area lots and garages, at the expense of patrons.

Additionally, on Saturday, April 27, the Ravens Team Store will also host the annual Outlet Sale at M&T Bank Stadium (South Concourse between sections 126 and 132) from 8 a.m. – 3 p.m. Fans can take advantage of 40-50% off Ravens Under Armour, Nike and New Era items. Fans should enter at Gate D. Free parking is available in Lot D.