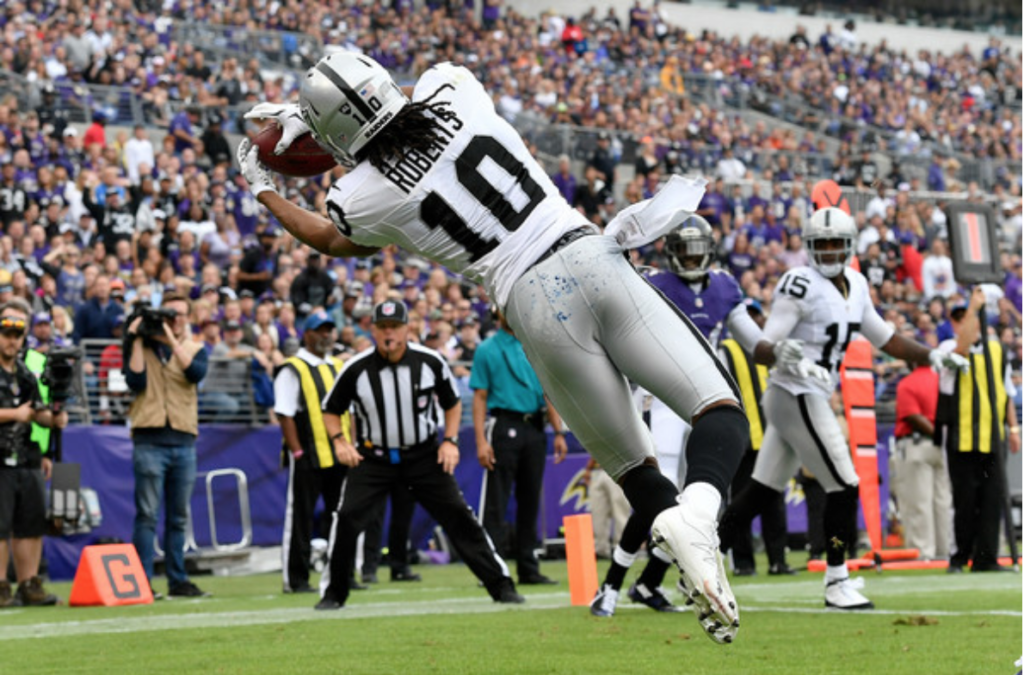 The Baltimore Ravens and WR Seth Roberts have agreed in principle to terms on a one-year contract, pending the passing of a physical, executive vice president/general manager Eric DeCosta announced Friday afternoon.