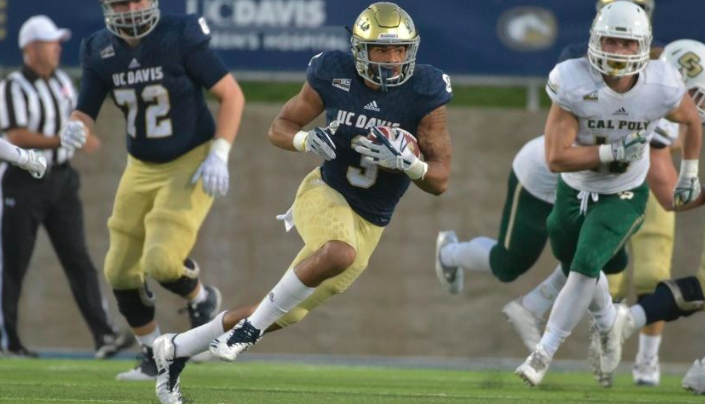 Every year, I like to take a deep dive into the draft prospects in search of sleepers that the Ravens might be interested in. When talking about sleeper prospects, I expect to be wrong much more often than I’m right, of course. Some that I have written about in the past have ended up being selected by the Ravens, but not all of them have panned out.

It’s hard to name a sleeper that the Ravens will pick, let alone one that pans out. Correa ended up going in the secnd round but he was a late riser on many mock draft boards. Judon has outplayed his fifth-round draft status and Dixon was the most talented back on the team at the end of last season. Let’s hope he stays healthy.

Here are six sleeper prospects that could be a good fit for the Ravens.

Gaillard may be just a little undersized at the center position for what the Ravens want out of their offensive line, but I’d expect him to add a little more weight in due time. He is at his best in a power-based run scheme and is especially gritty and tough.

Gaillard was also the team captain at Georgia, which will be a factor for the Ravens front office. When you watch him against Quinnen Williams, that should be enough to tell you he can hold his own against the best defensive linemen in the draft.

He will probably go in the fourth-fifth round range. I’d also think he’d have a real shot in being a starter at some point during his rookie year and if not he’ll have a very good chance in year two.

He’s the kind of prospect that the Ravens just seem to like to draft.

Hollins is an athletic, tall, and rangy pass rusher who I think would be perfect in the Ravens defensive scheme. He caught my attention at the East-West Shrine Game, where he ended up the defensive MVP with 10 tackles, three for loss and 2.0 sacks.

Last year he had 64 tackles, a team-high 14.5 for loss, seven pass breakups, one interception, five forced fumbles and 6.5 sacks. Don “Wink” Martindale wants to have speed on the field and Hollins’ 4.5 40-yard dash time would’ve been the fastest by any outside linebacker on the Ravens last year.

I wouldn’t rule out him taking some snaps at middle linebacker as well, wherever he ends up. 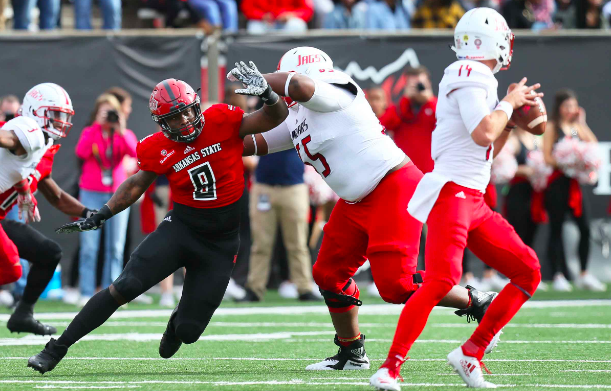 Bingham is another speedy linebacker like Hollins, with not only speed but excellent footwork that never stops in pursuit of the quarterback. He ended 2018 with 9.0 sacks, 65 tackles, and five pass breakups. His listed weight has been anywhere from 227 lbs to 243 lbs (hopefully, it ends up being closer to 243 lbs).

Beyond his sack production, Bingham created a lot of pressure on the quarterback that didn’t make it to the stat sheet. He would also be a candidate to take some snaps at middle linebacker and could be a very effective blitzer from that position. I’m pretty sure Wink might call just a few of those per game.

If the Ravens want a big physical interior offensive line, Prescod is about as big and powerful as they can find in this draft. However, with enormous size and power normally comes athletic and speed limitations. Kelechi Osemele was one of the few guards his size that wasn’t inhibited by said size.

“Big T” might be better served by actually trimming up and losing a few pounds. Prescod also had some starts at right tackle. For depth purposes, position versatility is important along the offensive line. The Ravens have had great success lately with late-round offensive lineman.

I think Terronne Prescod has the potential to be one of them.

Eric DeCosta has stated that he wants to “take more swings” at wide receiver. I’m sure Ravens fans are happy to hear that. I hope one of those swings is on the route technician Keelan Doss. Doss is not only a savvy route runner, but also possess excellent ball skills. His football character and work ethic are off the charts; he was a leader at UC Davis and the first one in the building and the last one to leave. He said he was obsessed with Cooper Kupp and that’s what he aspired to be.

It’s been heartbreaking to watch the local Maryland talent such as Stefon Diggs, Yannick Ngakoue, and D.J. Moore go to other teams and have such success. Not that I don’t want them to succeed, I just want them to do it in a Ravens uniform.

Savage is probably past the point of a sleeper at this point as he is starting to get talked about more frequently. However, he is not mentioned enough as an early-round talent, so I felt justified calling him a sleeper here.

The Ravens’ strongest position group is the secondary, so this pick would not fill a need at all.

Still, Savage is a versatile defensive back who could play corner, on the outside, or in the slot, and also at free safety with ball skills. He is always around the ball. In the last two years, Savage has 10 pass breakups and six interceptions. My guess is he may have climbed into the second round with the buzz he is receiving lately.

If he were to fall to the 3rd round I would hope the Ravens would not worry about need and go ahead and draft this dynamic football player.

Which sleepers do you have your eye on?