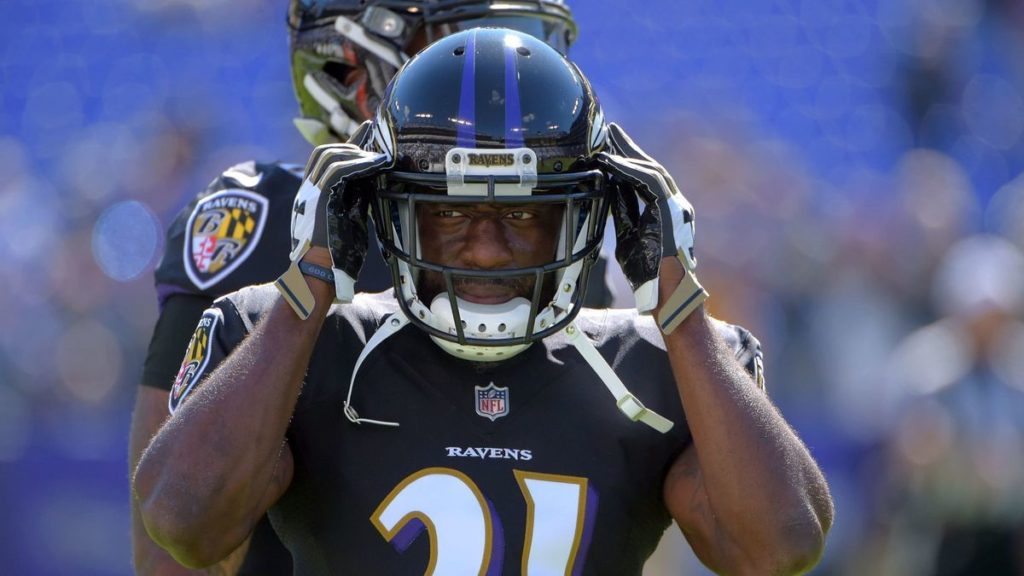 Lardarius Webb was once my favorite Raven. I admired his tenacity, ball skills and his purposeful determination as a blitzer off the edge. And pound for pound he was among the best tacklers in the league.

During his rookie season in 2009, he blew out his ACL in Week 15 against the Bears. To his credit Webb worked hard to get back on the field and by mid-September 2010, he was contributing as the team’s nickel. Fast forward to 2011 when Webb became the team’s best corner and should have been named to the Pro Bowl team. And then in 2012, disaster struck – another torn ACL. This one would sideline Webby for the magical run through the playoffs and Super Bowl 47.

Webb would play again in 2013, but the quickness and change-of-direction skills that once defined him, just weren’t the same. He was still serviceable but nothing close to the Pro Bowl caliber player that he once was.

To my dismay, Webb’s departure from Baltimore was less than ideal. He seemed jaded and lashed out at fans on social media – fans who booed the team’s stance on social injustice and against President Trump, stemming from the kneeling in London. 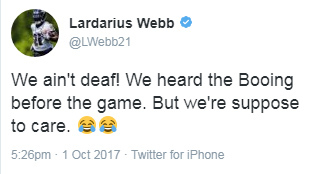 2017 would be Webb’s last season in Baltimore.

Today, Webb posted a cryptic Tweet that read, “I really thought I had a great business circle in Baltimore. Haven’t heard from them since I retired. Young athlete be aware!!”

That said, Webb’s Twitter beef made me think of the times when free agent players take their talents to new teams, seeking big paydays, and then reminding us all that, “It’s just business”. Fair enough. Get what you can.

But when a team, or perhaps even a city, decides to look to places better suited for THEIR needs, don’t take it personally. “It’s just business” and business, like communication, is a two-way street.