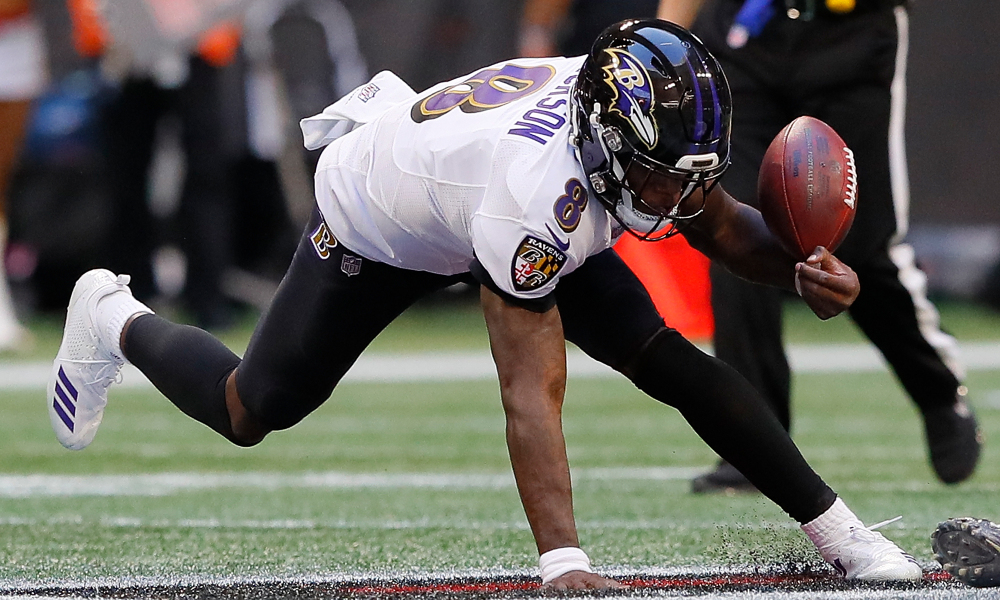 Some say that accuracy is innate. You are either born with it or you’re not. And if that’s true, the Ravens really need to be concerned about Lamar Jackson.

Lamar has said that he’s working on refining his fundamental throwing motion. He’s putting in the work. And all of the passing attempts to uncovered receivers in shorts down in Florida, won’t matter at all, if we see the same errant throws during the preseason that we witnessed too often in 2018.

But back to the premise that you can’t teach accuracy, such an opinion undermines the value of coaches, teaching fundamentals. Can they make minor adjustments in a throwing motion to increase success rates? The biggest obstacle of course, is muscle memory. Lamar Jackson has 21 years of muscle memory to overcome and when 300-pound linemen with ill-intent are chasing him down, Lamar is likely to let his innate skills take over – those in his case, that are tainted by flawed muscle memory.

Truth be told, I’m not a big believer in Lamar long-term. Never have been. His game has a limited shelf life. Hopefully I’ll be proven wrong and the Ravens front office and coaching staff, proven right.

But here’s the thing with Lamar – the thing that really bothers me. It isn’t his 58.2% completion percentage or his 84.5 passer rating. Those are on par with Joe Flacco’s rookie numbers of 60% and 80.3, respectively. What bothers me is his ball security. Twelve fumbles overall last season, and at least one in all 7 regular season starts, plus another three in his only playoff game.

And if you think that is an aberration, consider this…

In 38 games as a member of the Louisville Cardinals, Lamar fumbled 25 times.

Add it up, and that’s 40 fumbles in what essentially amounts to 46 games.

Yes, accuracy is an issue. But if there is a fundamental flaw in Lamar’s game that really needs work, it’s ball security. And that, more than anything else could persuade John Harbaugh to give Lamar the hook in favor of RGIII.

Any maybe time will show us, that that’s not such a bad thing.