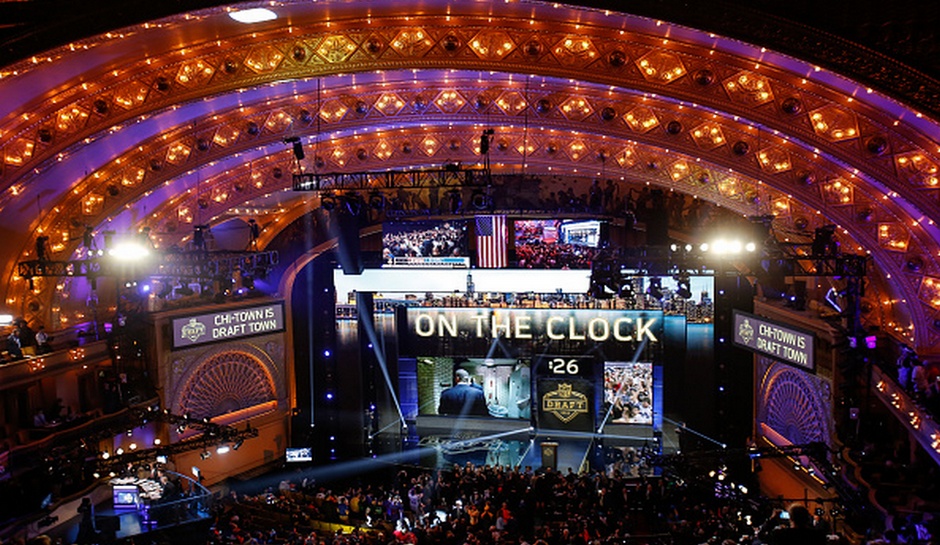 As Draft Week is finally upon us, it’s time to put together what we know in regard to team trends and trade trends to create what should be a realistic version of a mock draft for Round 1 of the 2019 NFL Draft (much more realistic than a simple pick-for-player mock assuming 32 picks go face value based on BPA).

No need for more intro, let’s get into it!

I refuse to buy the smoke. The Cards aren’t eating $10M to trade Josh Rosen for a Day 2 pick when they could trade the top pick to the Raiders and get a pair of Day 1 picks and then some. For the Raiders, Derek Carr is just a future journeyman QB disguised as a starter. This is an upgrade for Oakland, who still has another first even after the trade.

Danny Boy and Bruce Allen have made just one trade up the boards in the past decade, nabbing Bob Griffin in 2012. In that trade they jumped from six to two to land their QB, but here, they’ll need a huge jump from 15 to three, giving up a few big picks, but locking in their QB position for the long-term.

I’m convinced this is the player the Cards need more than Bosa or Allen. Williams is the top prospect in this draft and fills a true need for the Cards on the D-Line.

I wanted to say Devin White here, but Oliver is just too good to slip any further than this.

The Giants could have moved up for Kyler or Haskins, but GM Dave Gettleman is notorious for simply taking BPA, with his biggest trade being in 2009 when he sent a future first to the 49ers for R1P41 (Everrett Brown). As such, the G-Men stand pat and take an inexplicably falling Josh Allen at six.

Everybody wants to put T.J. Hockenson here, but the weapons are no good without an O-Line to protect Nick Foles from the same fate as Blake Bortles, right? Fix that, and worry about a TE like Irv Smith or Dawson Knox in Day Two.

I hate this pick. I also hate John Elway. I also think he’s dumb enough to trade up for Drew Lock here, simply out of fear that the Bengals will slide up before Lock would fall to them at 10. Poor Joe Flacco is starting to feel like it’s Groundhog Day all over again…

Widely viewed as the best OL prospect in this class, this is a no-brainer to help Josh Allen and the Bills offense. And quite frankly it’s too high for DK Metcalf here…

Boy, this feels like a slam dunk if you take every mock you’ve seen in the past month at face value… which all but assures this is wrong. But sure, let’s throw Hock into Detroit and give Matt Stafford another toy, per usual in Detroit. Also worth noting, Detroit without a second-rounder, makes this move to accumulate picks – eight trades in 10 years on Day 1 means it’s likely they’ll be active once again.

It was either this Devin, or the other. Unfortunately for Ravens fans, they got the better of the two.

Back-to-back Devins! In an offseason of defensive players being added in GB, here’s another dangerous weapon on D.

The Falcons secondary is trash. Greedy is the top corner on the board. Just makes too much sense not to pull that trigger. You could argue they’d nab the next player off the board, but it’s the Falcons – they’re not that smart.

The Jets basically valued Burns, a mid-2nd round pick, and a 2020 1st over Josh Allen at three. That’s a win in my book.

A little slip down the board for Gary with recent revelations about a shoulder injury that could require surgery next offseason, but the Panthers jump on the heavily-debated (traits vs production) talent that is Gary.

Again: Dave Gettleman and the Giants never move up or down boards. Which is fine because Jones is their target all along here, and no other team is going to be foolish enough to reach for a Day 2 QB prior to this point. Josh Allen & Daniel Jones isn’t a bad Day 1 haul for the G-Men.

This is another one of those ‘no way it doesn’t happen’ kinda picks. The Vikes direly need help at Center and Bradbury is the top option in this draft.

The Titans need to have a contingency plan for old and oft-injured Delanie ‘needs a’ Walker. Fant falls right into their laps at 19. Match made in heaven.

Another year, another DB for the Yinz, who have spent their top pick in the secondary in two of the last three years. Say, how’s Artie Burns doing these days?

Sweat’s heart condition didn’t stop him from getting it in during the NFL Combine, but the red flag was enough to give some EDGE-needy teams the necessary pause to allow him to fall to Seattle at 21.

The Eagles couldn’t risk the Raiders at 24 jumping all over the consensus RB1 in this draft, so they slide up three spots to lock in Jacobs here at 22. Given the trade history between Baltimore & Philly (the 2018 Lamar Jackson trade, most recently) the pairing makes a ton of sense. Not the compensation Ravens fans want – I get it – but it’s another piece to move around the chess board. And yes, I know Philly traded for Jordan Howard, but he’s a one-year rental. Philly also had Zach Ertz but drafted Dallas Goedert last year, right?

Miami is taking a true rebuild approach and will gladly wait on Simmons’ ACL to heal in 2019, after which he’ll be back in 2020 to prove himself a top-5 player in this class. Plus, playing without a first-round stud just contributes further to the #TankForTua campaign.

The Raiders moved their other pair of first-rounders as part of a trade to draft Murray, but an equally pressing need remains EDGE. Ferrell isn’t quite on Khalil Mack‘s level, but he’ll do just fine in Oakland.

You’re already pissed off that the Ravens moved down to watch Ferrell go off the board, and now we swap with New England so that they can take DK as WR1 in this draft? YUP. I don’t think the Ravens covet DK as much as others, like New England that could use a big, strong weapon for Tom Brady opposite of.. *checks depth chart*… pick your poison – either 32-year-old recently suspended Julian Edelman, 31-year-old Demaryius Thomas coming off an ACL tear, or Phillip ‘forgot he was in the NFL’ Dorsett.

This is merely a position of need for the Colts and a great fit. That already dangerous defense gets scarier by the moment…

The Cards would be remiss if they didn’t use one of their two Day 1 picks on a receiver, and Rosen gets a gem in N’Keal Harry, as the former Sun Devil stays in his own backyard.

The Chargers need to keep Philip Rivers upright for another playoff run that falls just short. Dillard fits the bill.

Late addition to the game, but the Seahawks are set to ship Frank Clark to Kansas City for their 1st, 3rd and 2020 picks. Seattle already grabbed Sweat, and now they’ll add even more BOOM on that defense with Rapp at 29. If only they had a nickname that fit a ‘Boom’ mentality…

Finally, the Packers do something for the offense! The Pack have only made two offensive picks in round 1 over the past decade – both interior offensive linemen. Here’s another that fills a big need for Aaron Rodgers and the Packers.

This is 100% biased, but it makes so much sense to me when you talk about needs vs. BPA vs. trade value. I think Wino is going to be a high target on the Ravens’ big board, and he’s undoubtedly a solid Day 1 EDGE prospect that will flourish in Wink Martindale’s system. The Ravens may have had calls to drop to Round 2, but instead dip their toe a few picks down to make sure he isn’t going anywhere, then drop to 32 and still land a stud. In doing so, they’ve added a third and fourth, which could be paired to move into the bottom of Round 2, perhaps with Philly once again as they hold picks 53 & 57, but no other pick until 127.

That’s it! I’m done! Hopefully I killed this mock!

For the record: a ‘killed’ mock for me would be hitting two trades and 10-15 picks, so hopefully we’re back here next week and I’m bragging my ass off, no longer wearing the Nostradumbass “Cone of Shame!”