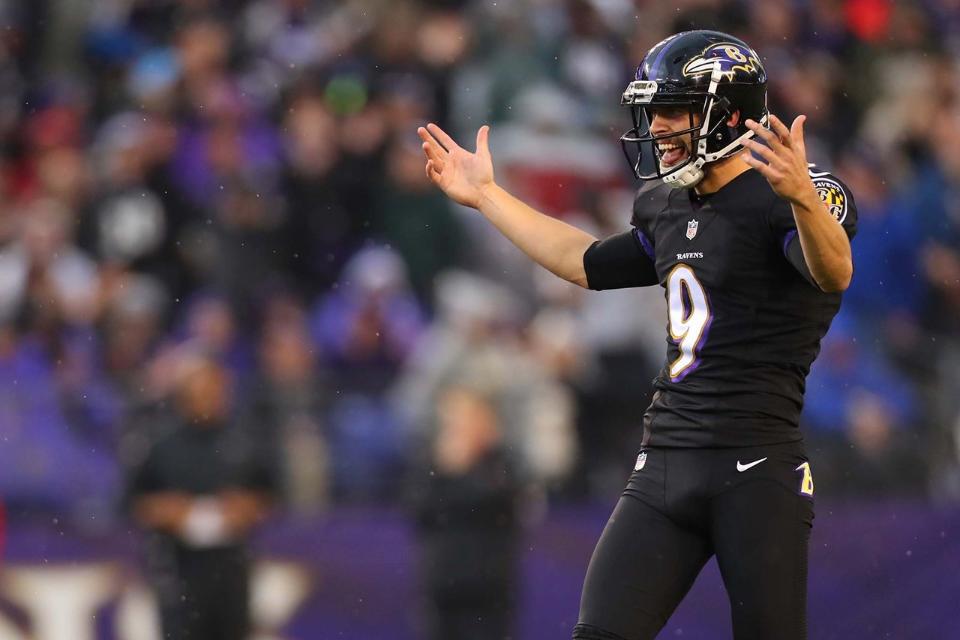 I called picking up Ronnie Stanley’s 5th year option a “no-brainer” move, and so is this signing. For $5 million a year, you lock up the best kicker in the game. For cap purposes, I’ll pay that much to know I’ve increased my odds of winning over four seasons. There are many franchises that have been snakebitten by kickers throughout history, including Minnesota and Chicago. Having a reliable and clutch kicker is a necessity.

Best to get this done early because the Ravens have no intentions of letting Tucker get away. DeCosta continues to make smart moves, as he has done all offseason.

A great kicker is hard to find in the NFL now, and Baltimore wanted to lock up a hall of fame-caliber one as soon as they could.

You can see the trend so far in Eric DeCosta’s regime: keep your talent in home before the last year of the contract to avoid having to overpay them later. I look forward to seeing this trend continue for players such as Ronnie Stanley (even with the pick up of the 5th year option), Michael Pierce, Marlon Humphrey and Matt Judon.

Smart moves make for great teams. This move was not flashy, but it is one that will pay dividends and win games for this team for the foreseeable future.

This was about as easy a decision as Eric DeCosta has had to make. There was no way he was going to let Tucker, the best kicker in football, head towards a contract year. This gives kicking security for years to come, something the team hasn’t had to worry about. Ask the rest of the league if they’d pay Tucker this kind of money, and they’ll give a resounding yes.

I don’t think it’s possible to get a bigger swing in expected points per dollar spent from a single player than what the Ravens got with Tucker’s extension. Easy decision and I’m glad DeCosta is getting these deals done a year prior to FA drama. Matt Judon and Michael Pierce remain as the 2 key 1-year-out extensions.