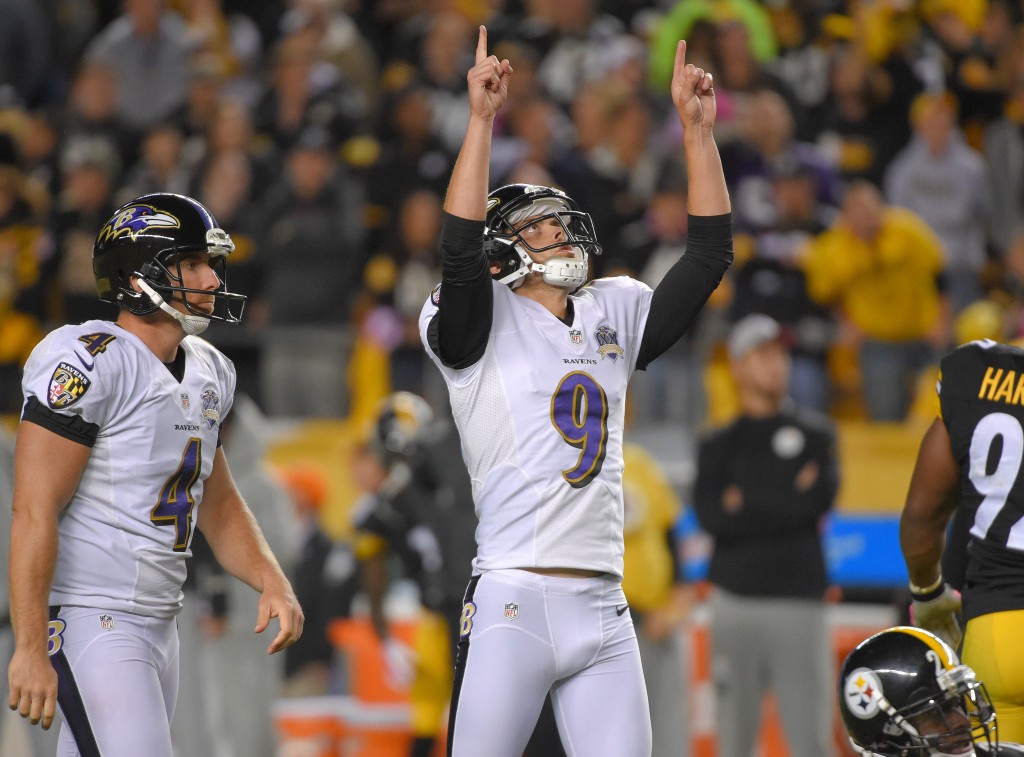 The Baltimore Ravens signed K Justin Tucker to a four-year contract extension, which will keep him under contract through the 2023 season, executive vice president/general manager Eric DeCosta announced Wednesday.

Here are several notes about Tucker, who enters his eighth season with the Ravens in 2019:

— Tucker is the most accurate kicker in NFL history, connecting on 237 of 263 field goal attempts to produce a 90.1% success mark.

— In 2018, Tucker scored a franchise-record 141 points for the third-straight season, becoming the NFL’s only kicker to surpass the 140 mark in each of the past three years.

— Tucker’s 93.4 career field goal percentage (114-of-122) in the second half/overtimeranks as the NFL’s best such mark of all time.

— Tucker has made 13-career game-winning kicks during his career. 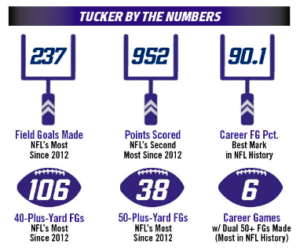