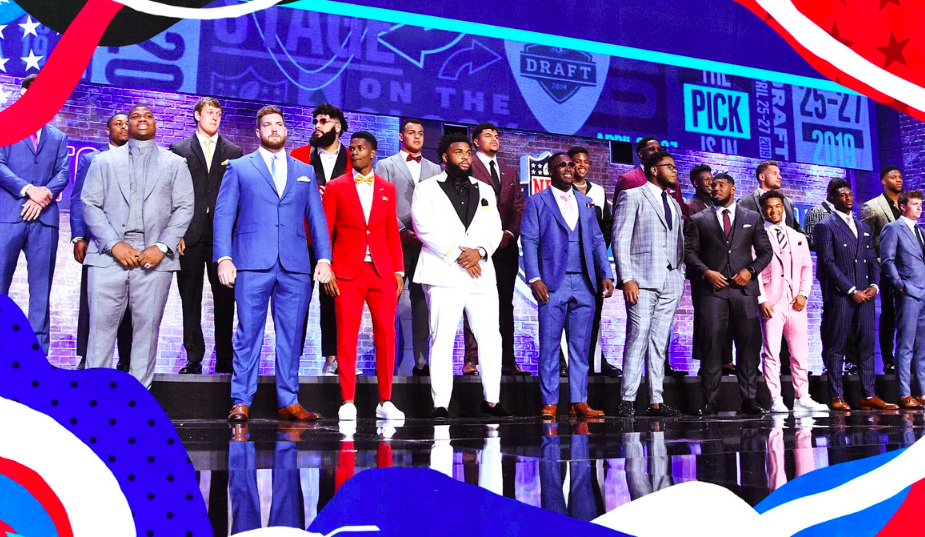 Well that was a round.

Ful disclosure: I spent my 10pm til 1am glued to a different screen for the greatest cinematic experience I’ve ever witnessed, also known as Avengers: Endgame. No spoilers here, but I highly recommend it to anyone is isn’t one of those DC Comic dorks.

As for the draft last night, I surely kept tabs with the live stream on my phone (silenced, like a good movie-goer), and much like Endgame, the draft had me laughing, excited, getting a little dusty-eyed at times… really running the full gamut of emotions.

Here’s my quick synopsis of each pick.

“Hey! Let’s hire a failed college football coach that doesn’t fit the offensive players we have already, let him take a new QB at #1 overall, then force us to eat $10M by trading last year’s first-round QB – who is actually a better QB-  for a Day 2 pick, only to take Murray, all because he said so.” Steve Keim is a moron.

49ers laughing and pointing at the Cards fans at the draft, all the way to the podium.

Jets fans best em-Brace this pick. Q is the best player in this draft.

Gruden and Mayock kicked the entire scouting department out for the past week… just to make this pick? Oof.

Can’t argue with the pick. Also, name me the last time you heard horseback riding being discussed in the draft.

Could not be anymore of a Giants pick to take Eli Jr at 6 when you could’ve had him at 17… or even in Round 2.

Torn. On one hand, the Raiders should’ve taken Allen at 4, so the Jags had to make this pick. On the other hand, Nick Foles is all ‘WTF?’

The most predictable pick in this round for the past three months.

I was really hoping Josh Allen fell to them here for all of the Spiderman pointing memes through 2022.

I’m not saying Bush is bad, but I will say giving up your second and a 2020 third to move up for Bush was crazy, especially with so many holes. Thanks Yinz!

Dammit, I’m not looking forward to having our inept pass rush going up against Jonah for years to come…(and thus continuing to make Andy Dalton look like a real NFL QB in the process.)

The Packers add more defense after spending most of FA focusing on defense. A-a-ron is FUMING…

I finally spelled his name right, because my hockey mind has gone to ‘Lidstrom’  (a la Nicklas Lidstrom) about 20 times previously.

Dan Snyder gets another QB that Bruce Allen is inevitably going to ruin.

Crap, I was hoping he’d keep sliding under the radar to 22…

Second-most slam-dunk pick is this draft.

Hits a woman (on video) and currently dealing with a karma-tic ACL tear. Teams sure love their talent blinders…

JOEY GOT HIMSELF A TIGHT END!

More defense in Green Bay! Glad to see a Terp make the move up to Round 1, once again!

Whatever about the pick – the Ravens traded down to 25, which I called multiple times, so I’m a self-proclaimed draft trade guru now.

I pegged Howard as the first pick of Day 2 , so not terribly far off to see him this high. Still, Jawaan Taylor would’ve been the smarter pick.

The best part about this pick will be watching him beat the hell out of the Steelers twice a year and throwing fuel on the fire that is their bitter resentment for the Brown fam.

Dude fell FAR. Side note – why the hell did the Colts trade this pick for a mid-second and a future second? Would’ve been pissed if the Ravens made this trade.

Once again, better than Ferrell at four.

Philip Rivers is celebrating the Chargers not drafting his predecessor by making another baby.

Trading down to take a player everybody thinks shouldn’t be taken this early- it’s the Seahawks way.

Why the hell would the Giants trade back into the first for Baker???

So, what’s next? Our guesses here.