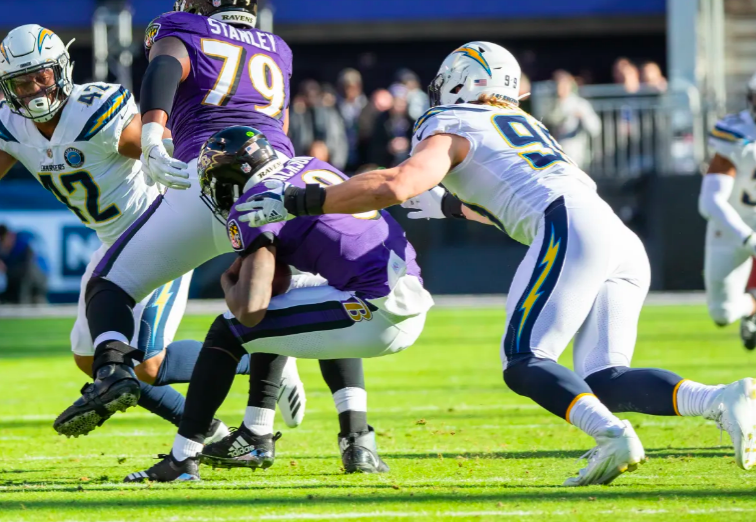 The wonderful world of social media and sports talk radio is chock full of narratives – good and bad. More often than not, these narratives are just an extreme exaggeration based on a few plays on the field, a piss poor take from a national voice (looking at you, Screamin A. Smith!), or drunken word of mouth. Typically, the truth falls somewhere between the stupid, but just for shiggles? Let’s assume the narrative on each end of the spectrum is 100% spot on.

Almost as if this is some sort of multiverse…

In this first installment we will take the worst narratives and assume they’ll all come to fruition, so let’s take a look at how atrocious the Ravens will be in 2019…

***NOTE: the following is 100% fabricated narratives based upon fan knee-jerks & overreactions. These are NOT my actual thoughts and opinions on the Ravens… but I will guarantee you that some fans will take this as my true 2 cents and attack in the comment section. Don’t be that dummy.***

Lamar keeps fumbling away his job…

There’s no secret that Lamar Jackson had issues holding onto the ball in 2018, and some may say that was a bigger issue than his accuracy (it was). Good thing he spent his 2019 offseason working with some unproven high school coach to hone his craft and gain a whopping 0% on his completion rate, while still fumbling at a rate of 1+ per game.

The fan base turned on Joe Flacco, and they’ll turn on LJ next…

Another first-round wide receiver, and another busted pick.

The Ravens took a huge risk on a drastically undersized wideout currently dealing with a Lisfranc injury, and wouldn’t ya know it? It comes back to bite them in the ass a la Breshad Perriman.

Marquise Brown isn’t ready to start the season despite Harbs constantly reassuring the fans that it’s a week-to-week thing and they’re seeing progress, but it takes until Week 4 for him to show up… only to go down again midseason by taking a run-of-the-mill hit that feels like a freight train on his slight frame. His season totals:

Jordan Lasley was a healthy scratch every single week in 2018, while Jaleel Scott was stashed on the IR. Neither has great hands, so they’re already at a disadvantage. Now they’re fighting a bigger uphill battle, as Hollywood Brown and Miles Boykin are locked into spots, along with Chris Moore, Willie Snead, and the recently-signed Seth Roberts. That’s five. They plan to keep six, but both Lasley and Scott get handed pink slips as they watch Antoine Wesley steal their roster slot.

Chemistry don’t mean a damn thing when you don’t get snaps with your old QB throughout camp and the preseason. Ultimately, Jaylen Smith shows us exactly why he went undrafted, and gets that pink slip as the first receiver cut.

Gus Bus was another one-hit wonder

Gus Edwards drives into a dead-end and falls the way of Alex Collins, Terrence West and Justin Forsett before him. The Ravens simply cannot develop a running back for more than a one-year stretch, which now has fans concerned about Justice Hill’s future in 2020 and beyond.

The Ravens opted to wait until Round 4 to take any offensive line reinforcements, and while Ben Powers will be a welcomed addition, it’s simply not enough. The center position is still a major hole and there’s not enough patchwork on the roster to properly fill it, leaving Jackson facing constant pressure up the gut and disrupting Greg Roman’s game plan on a weekly basis.

The Ravens defense will struggle mightily without C.J. Mosley in the middle, as Peanut Onwausor takes over the green dot and disarray ensues.

Perhaps the $17M would’ve been worth it after all…

Just like offensive line, the Ravens waited for a pass rusher, and went on to take Jaylon Ferguson, but he’s raw and needs time to develop. Coupled with Matt Judon‘s inconsistency and the inability of Tim Williams to do the only thing he’s being asked to do?

The Ravens cannot pressure the QB.

Earl back on the trainer’s table

Despite both of Earl Thomas‘s major injuries being of the freakish nature, once again, he finds himself on the trainer’s table instead of the field. His absence in leadership and play is a major hindrance to a team already struggling without a pass rush, and the defense slowly descends into chaos (but not the organized kind we love so much).

After the 2006 season, the Ravens showed their confidence in Brian Billick by inking him to a four-year extension… only to watch him fall on his face the next season, then hand him a pink slip.

After the 2018 season, the Ravens showed their confidence in John Harbaugh by inking him to a four-year extension… only to watch him fall on his face the next season, then hand him a pink slip.

The Ravens fall from grace…

With Murphy’s Law in full effect, Baltimore finishes the year 5-11 and with major question marks across the board.

Will they move on from LJ? Who will be the new coach? How do you fix the OL? Will Marshal Yanda retire now? Should they get out from under large looming contracts of Brandon Williams, Tony Jefferson and Earl Thomas? Can we trust Eric DeCosta? How do you fix the defense?

Next up will be the “everything is awesome!” edition of Riding the Narrative! Stay tuned on Friday!