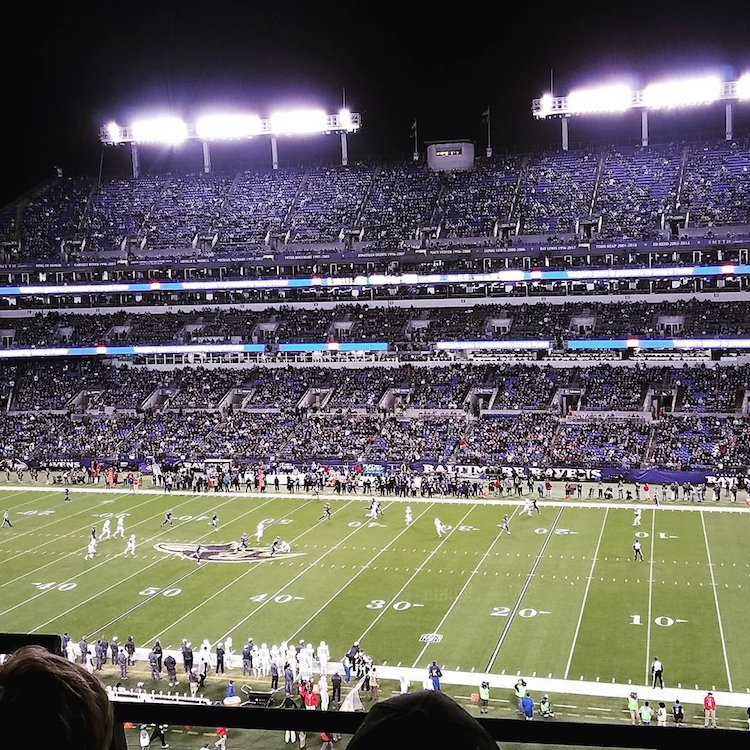 The Ravens have recently advertised single-game ticket sales in the local media.

This is a development that seemed improbable just a few years ago.

However, a decline in ticket sales is a trend across all of sports. It’s just more disturbing with the NFL because there are only eight regular season home games. 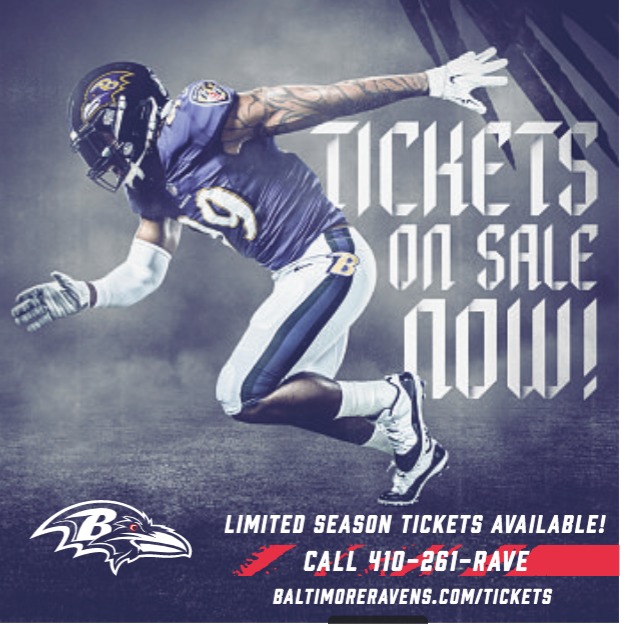 There is obviously still a passion for the Ravens. However, a recent three-year playoff drought diminished some expectations and the fans showed their displeasure by not showing up for games late in the season. The team has also lost some serious star power with the likes of Ray Lewis and Ed Reed long retired and in the Hall of Fame.

Then, of course, there was the entire kneeling controversy in London during the National Anthem two seasons ago. This further alienated some fans, some of whom still have not returned.

Still, the Ravens had an average attendance 70,431 in 2018, which meant the stadium was 99.2 percent filled to capacity and ranked eighth in the NFL, according to ESPN. Those ranked ahead of the Ravens simply had bigger stadiums.

Dallas was ranked No. 1 with an average attendance of 91,619, which was 91.6 percent of its stadium’s capacity.

The Ravens have been aggressive in making the game-day experience among the best in the NFL.

There are a couple of factors for this recent slide.

The losses obviously didn’t help. Last season, the Ravens bounced back and did have boisterous crowds for the regular-season finale against Cleveland and the first-round playoff game against the Chargers.

The hope is that the winning carries over to this season.

But is that enough to reverse a downward trend in attendance?

Many of the team’s original PSL owners are climbing in age and the hassle of getting downtown and finding parking sometimes outweighs going to games. To help with the aging fanbase, the Ravens installed escalators to get to the upper deck, which could help bring some people back to the games.

The Ravens also need to draw some of the younger fans to the stadium. This could be a challenge because of the cost, which might be prohibitive with an entry-level salary.

Some fans have grown more fond of watching the game on a big-screen TV in their homes. It’s much cheaper, less hassle and there are no lines for the bathroom.

The NFL is not going to kill the golden goose with TV because of the revenue it generates for the league. Regular-season games in the NFL, even with lower-tier teams, dwarf the viewership of other professional sports even in their respective postseasons.

There is also the spectre of downtown Baltimore and then ongoing violence that makes headlines almost everyday. Some families that live in the suburbs don’t want to take the risks of being downtown, especially for night games.

The Ravens provide an ultra-safe environment around the stadium but it’s hard to fight perceptions. The Orioles face some of the same challenges.

Ideally, the new generation of Ravens players, such as Lamar Jackson, Mark Andrews and Hollywood Brown, create a new buzz around the team.

The simple solution is winning games.

Fans are always going to support a winner. There was a time when loyalty could overcome a couple of losing seasons. But those are gone across all cities, not just in Baltimore.

If the Ravens can recapture some of their old swagger and get back to being a perennial playoff contender, attendance won’t even be a topic of discussion.

Instead, the talk will revolve around where fans might be able to score a ticket.

Right now, there are a few available.