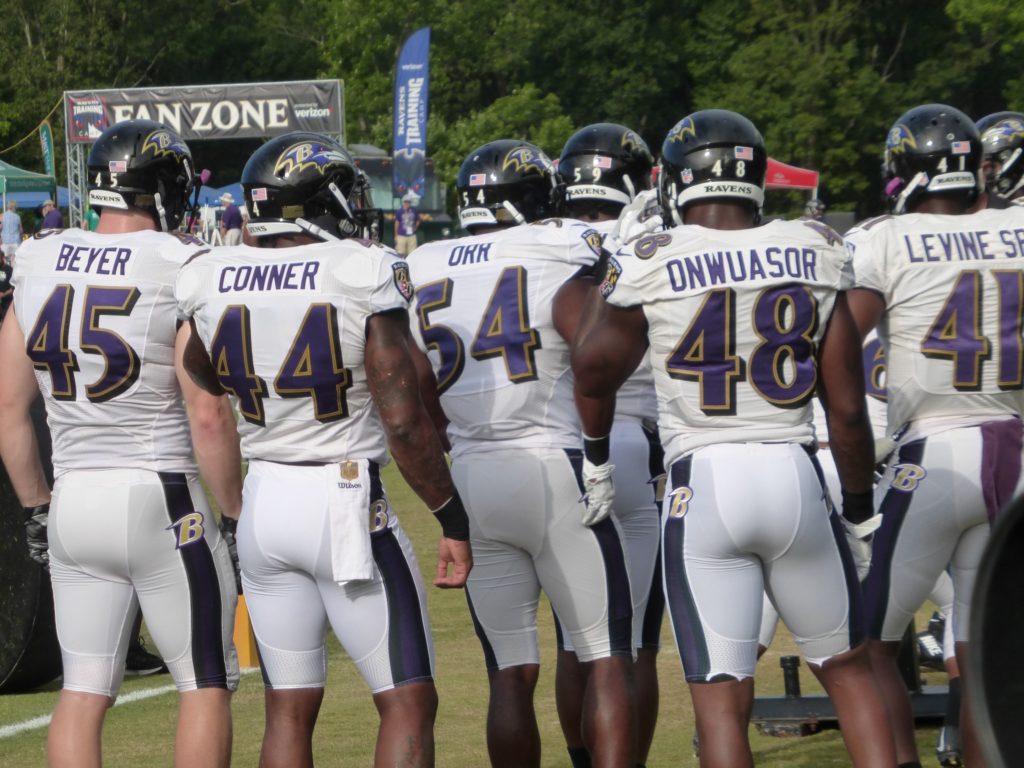 An undrafted free agent linebacker, number 48 stepped up to take his turn. Across his back was a name that I hadn’t yet learned to pronounce. Onwuasor. The player who stood in his way was second-year tailback Buck Allen.

Now during most of these head-to-head matchups, the linebackers typically used speed or some kind of power-rip move to get past the running back. Not Patrick Onwuasor. He leaned on geometry, and remembered that the quickest between two points was a straight line. His plan was to go right through Allen to get the quarterback.

The ball was snapped. Onwuasor exploded. He ran with purpose and straight towards Buck. Once engaged, Peanut had all the leverage. Not only did he run through Allen and to the quarterback, he lifted the running back off the ground sending him in the air towards the blocking dummy.

After a flurry that lasted just a few seconds, the quarterback was down.

And so was Allen.

When Buck got up off the ground he went after Peanut, wanting to fight – more than likely emotion born out of pure embarrassment. 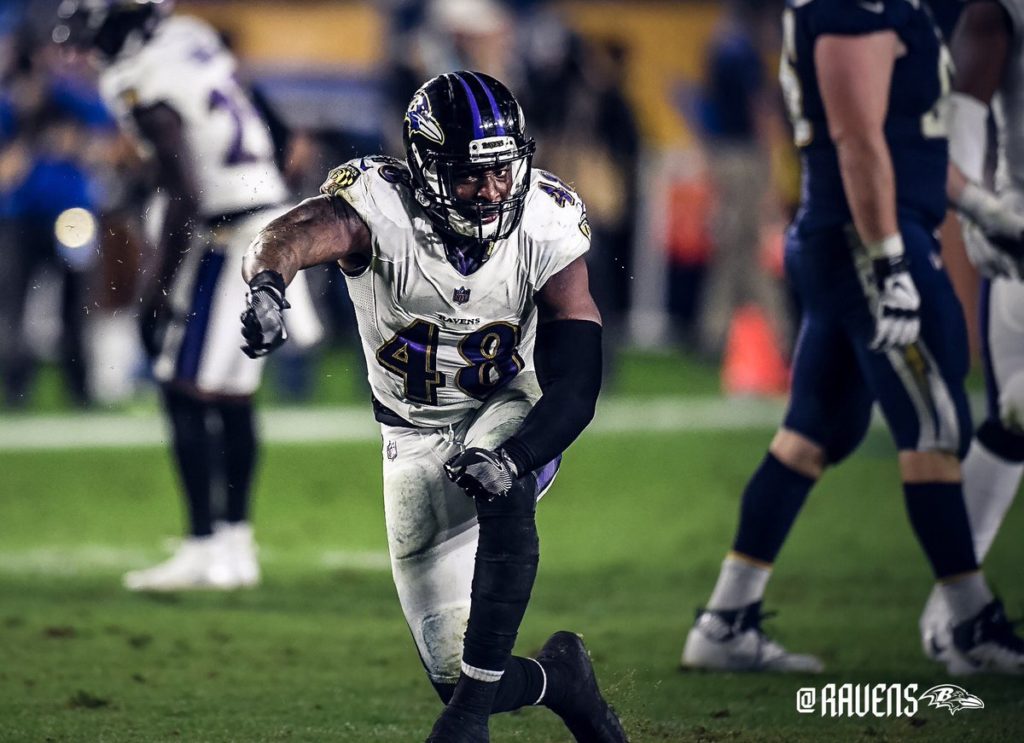 Photo courtesy of The Baltimore Ravens

We’ve seen some of Onwuasor’s explosiveness on the field since his rookie season. In 2019 we all hope that he can be a consistent contributor so that the Ravens aren’t left with missing the $85M man who escaped to Gang Green.

The opportunity is there.