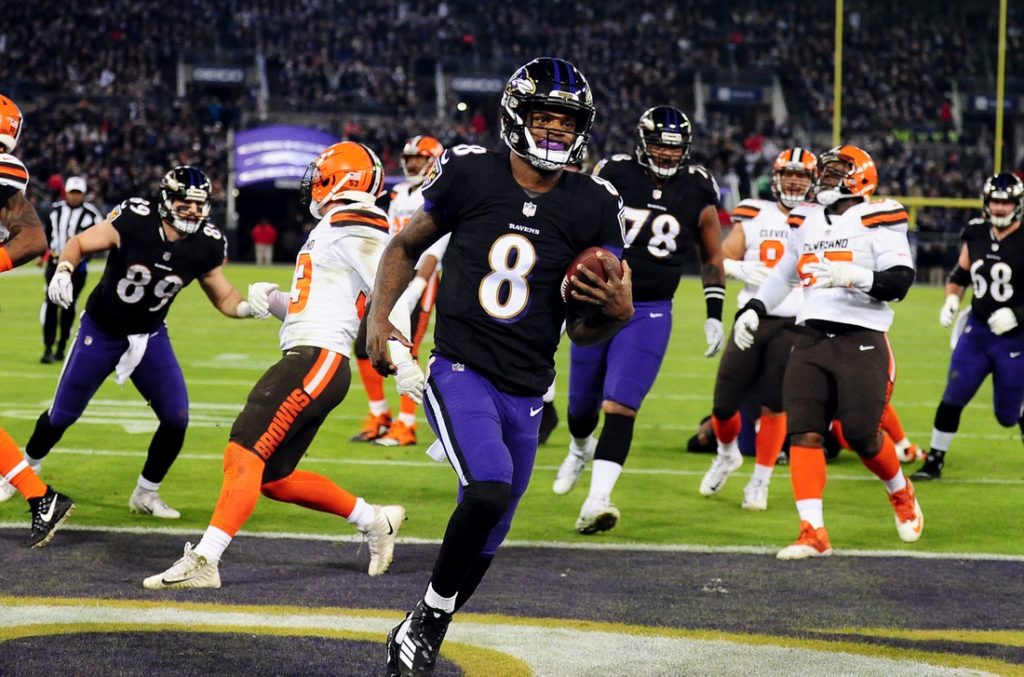 John Harbaugh takes advantage of these resources and taps into some of the game’s most revered coaches willing to share their expertise.

Former Navy and Georgia Tech coach Paul Johnson fits that mold as an innovator of the triple-option offense. Johnson also has a close connection to Harbaugh, whose father implemented many of Johnson’s ideas as the head coach at Western Kentucky.

Can some of the variations of schemes that Johnson developed at the college level translate to the NFL level?

Harbaugh is willing to listen and invited Johnson to talk football at the most recent OTAs, especially as Lamar Jackson continues his development as the starting quarterback.

As the Ravens begin their mandatory minicamp this week, Johnson’s fingerprints might be found on the Ravens offense.

“It’s always an opportunity to learn football,” Harbaugh said. “We’re sometimes teaching, always learning, and we have a chance to learn and ask a lot of questions and to expand what we’re doing, get a couple ideas maybe here and there, and a couple of ways to say things here and there and all of that. So that’s what we’re doing.”

Jackson has been uneven in the early OTAs. He has missed some throws but the Ravens are putting him in tough situations where he needs to improve.

For example, in red zone drills, the team wants Jackson to drift back in the pocket and find an open receiver or tight end in the end zone. The coaches don’t want him scrambling during these practices because he needs to focus on throwing the football.

Now, in live-game situations, the Ravens want Jackson to get into the end zone any way he can, but they still want him to be able to accomplish that goal in various ways. Part of Jackson’s skillset is his ability to make spontaneous plays and the team is just not going to take that away.

The Ravens won all four of those games.

As a result, don’t read too much into the extra focus on throwing the ball. The Ravens’ strength this season will be with the running attack especially with a three-headed backfield consisting of Mark Ingram, Gus Edwards and rookie Justice Hill.

“He’s a great football coach, obviously, and had amazing success over the years, both at Navy and Georgia Tech. Very unique offense,” Harbaugh said about Johnson. “His offense was my dad’s offense at Western Kentucky, so his favorite play is my dad’s favorite play: the mid-line dive option. So, we’ll probably be talking about that a little bit this afternoon.” 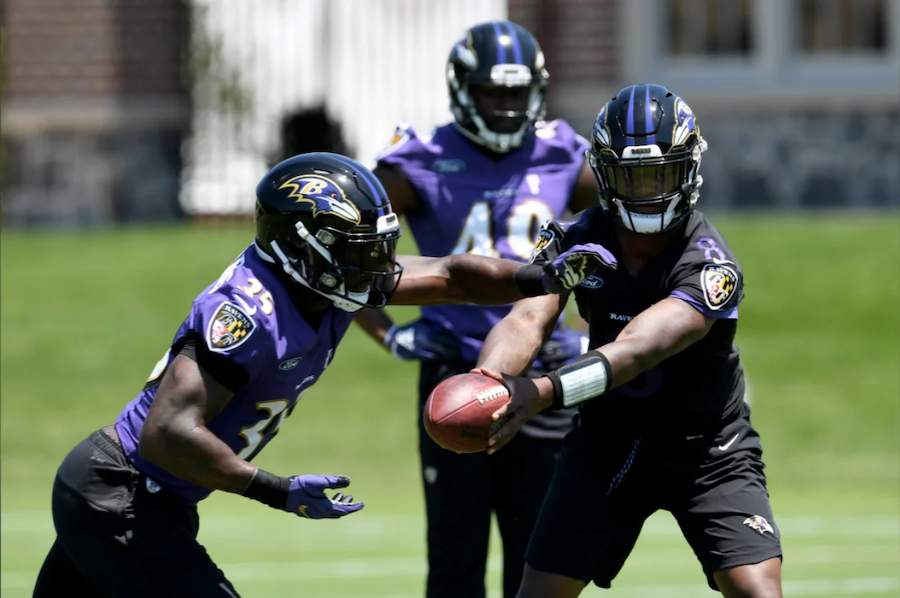 The Ravens offense will ideally incorporate some of these ideas into their own RPO-based scheme. There will certainly be more wrinkles and variations to adapt to the high-level defenses they will face.

The key will be for Jackson to strike downfield when defenses overload the box and bring up their safeties. Enter Hollywood Brown and Miles Boykin to give him that option.

Besides, Jackson has made obvious strides this offseason with his passing skills.

“He’s been throwing it great,” receiver Chris Moore said. “A lot of people try to critique him and talk about how he throws, but he’s a playmaker and an athlete. He’s so hard on himself, too. He wants to be a perfectionist. He’s gotten better every single week, and he will only continue to get better. He only played half the season last year; that’s what people don’t understand.

“This season, I expect big things from him.”

Jackson can take another step forward this week.