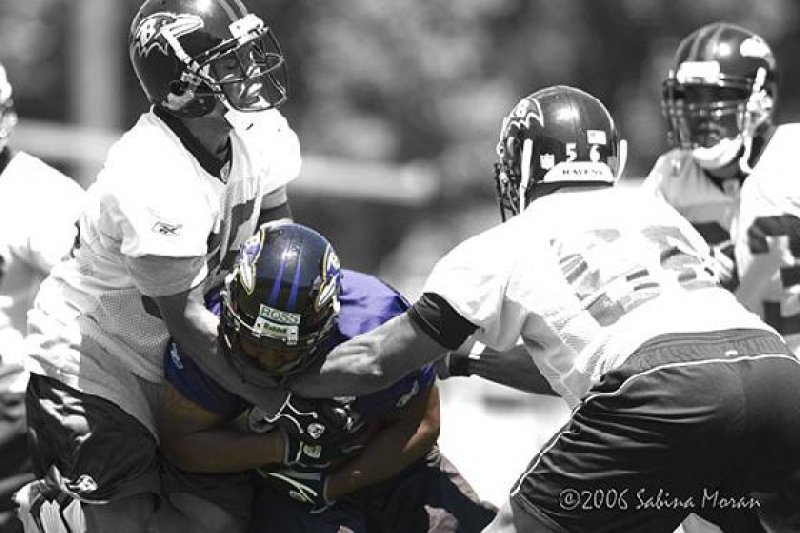 With rookies set to report to Training Camp on Wednesday and veterans set to report one week later, it’s once again time to take a look at the important upcoming key dates on the NFL calendar that will have great significance for the building of the Ravens’ 2019 roster (and its Salary Cap).

RULE OF 51 – At this time of the offseason, a team’s Salary Cap is determined by the “Rule of 51.” The Rule of 51 is in effect because team rosters now total 90 players (or more if some players are already on Injured Reserve) and it would be impossible to fit all 90+ players under the Cap. As such, the league’s CBA dictates that only the highest 51 Salary Cap numbers (and all bonus prorations for players outside of the top 51 and all dead money from players released) counts against the Cap at this time. This is the Rule of 51. RSR’s Salary Cap table illustrates how the Rule of 51 works.

WAIVERS – As Training Camp and the Preseason progress, teams will inevitably make adjustments and tweaks to their rosters. While often used interchangeably, there is actually a distinction between “releasing” a player and “waiving” a player. Players with four or more years of service time (known as “vested veterans”) are released and immediately become free agents. Players will less than four years of service time in the league (known as “non-vested veterans”) are “waived” and subject to a 24-hour waiver period. Teams must make waiver claims for such players and the player is awarded to the team with the highest waiver priority (presently based on draft order; priority will begin to be based on team records after Week 3 of the regular season). If a player goes unclaimed on waivers, he becomes a free agent. For a more detailed explanation of the Waiver rules, click here.

PHYSICALLY UNABLE TO PERFORM (PUP) LIST – Players coming off of injury or offseason surgery will often start Training Camp on PUP. This is often just precautionary and the player will return a week or two into Camp.  There are two PUP lists – “active” and “reserve.” A player on PUP can work out and rehab with the team but is prohibited from participating in team drills. In order to be removed from PUP later in training camp or prior to the beginning of the season, a player must be initially placed on “active” PUP. If the player is not ready to come off of PUP before the start of the season, he will be transferred to “reserve” PUP and must miss a minimum of the first six games of the season. To be placed on either PUP list, the player must go on PUP at the beginning of Training Camp. Once a player has participated in a practice, he is no longer eligible for either of the PUP lists.

SPLIT CONTRACTS – Most undrafted free agents (UDFAs) and lower-round draft picks have split contracts, which means that if the player ends up on a reserve list (IR or PUP), he will receive a reduced base salary. Some veterans (vested or not) on one–year deals may also have split contracts. As an example, a rookie (UDFA or later round draft pick) who is place on IR will likely see his base salary reduced from $495K down to $378K.

WORKOUT BONUS CHARGES – The league’s CBA dictates that players are entitled to receive a daily stipend for attending the team’s organized offseason workouts. For 2019, this amount is $235 per workout. Some veteran players have negotiated for additional workout bonuses to be included in their contracts. The CBA further dictates that from the beginning of the league year in March until Training Camp begins, the team’s Salary Cap is charged with the maximum amount of possible offseason workout bonuses. For 2018, that amount is $676,800. Once training camp begins, that amount will be removed from the team’s Cap and the actual amount of workout bonuses earned by the players will be added to the team’s Cap. This usually operates to create a minimal amount of Cap space because the players rarely reach the maximum amount of possible offseason workouts.

FIRST PS GAME – The Ravens have four (4) preseason games this year, starting on Thursday, August 8th, when the Ravens host the Jaguars.

CUTDOWN TO 53 – In past years, the NFL had two (2) cutdown dates. The first cut down date allowed teams to trim rosters from 90 to 75 players and then a week later, a cut down to the final 53. However, starting in 2017, the NFL and NFLPA agreed to get rid of that first cutdown date. So now, teams will be able to maintain their 90-man roster all the way until after the final preseason game and then cut down to 53 by 4:00 p.m. on the Saturday after the final preseason game. This year that date is August 31st. At that time, teams must either cut players or place them on a reserve list (IR or PUP) to get down to 53. 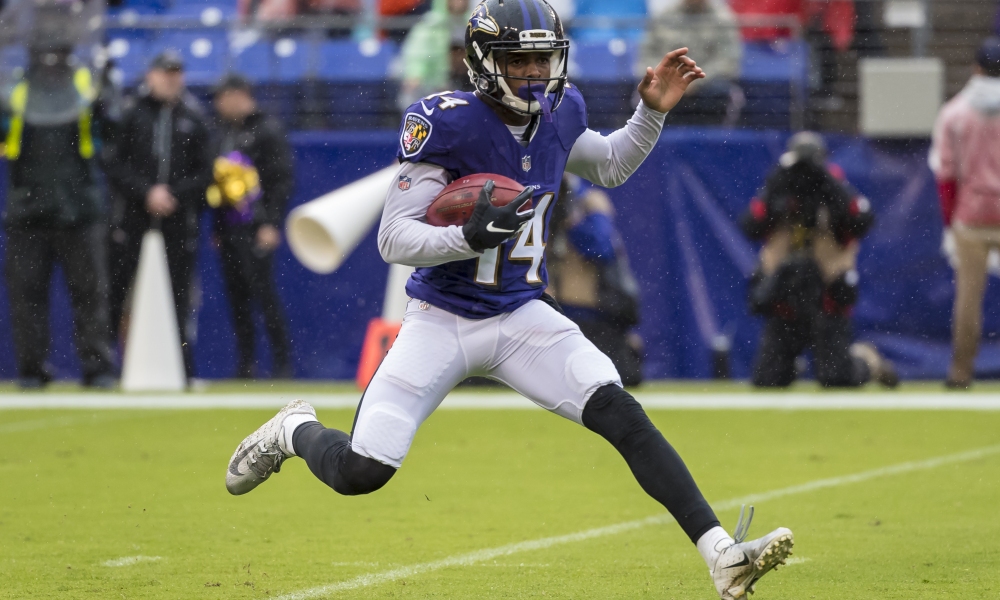 BALTIMORE, MD – SEPTEMBER 23: Tim White #14 of the Baltimore Ravens returns a kick against the Denver Broncos during the first half at M&T Bank Stadium on September 23, 2018 in Baltimore, Maryland. (Photo by Scott Taetsch/Getty Images)

ESTABLISHING PRACTICE SQUADS – At Noon on Sunday, September 1st, the waiver period for players released in the final cutdown expires. At 1:00 p.m. that day, teams may begin signing players to their practice squads. Teams’ practice squads may consist of 10 players. The minimum salary for a practice squad player in 2019 is $8,000 per week (or $136,000 if on the PS for entire season). In 2015, the NFL removed its prohibitions on giving guaranteed money and/or signing bonuses to potential PS players. This means that teams will sometimes compete for PS players, as opposed to the gentlemen’s agreement to not poach another team’s PS players that generally existed prior to the rules change. Recent years have also seen an increase in teams paying PS players a weekly salary that is greater than the minimum PS salary. For instance, last year, the Ravens paid several players over the minimum ($7,600 in 2018), most notably WR Tim White, who received $11,000 per week. For practice squad eligibility rules, click here.

For 2017 and 2018, the Ravens have carried an 11th player on their Practice Squad as an exempt “overseas” player. This player (FB Christopher Ezeala) does not count against the team’s Salary Cap.

NEW IR RULES – In 2012, the NFL for the first time in recent memory, allowed teams to designate a player (one player) who had been placed on IR to return to the active 53-man roster later in the season. Under the prior rules, once placed on IR, a player’s season was over. In 2016, the NFL removed the need to designate a single player as “designated to return” and allowed teams to decide at any given time which player they wanted to have return from IR. In 2017, the NFL extended the ability to return a second player from IR. Any player designated to return must have been on IR for at least six weeks and, once designated to return, is then allowed to practice for at least two weeks before being activated. The player cannot be activated before sitting out at least eight games. 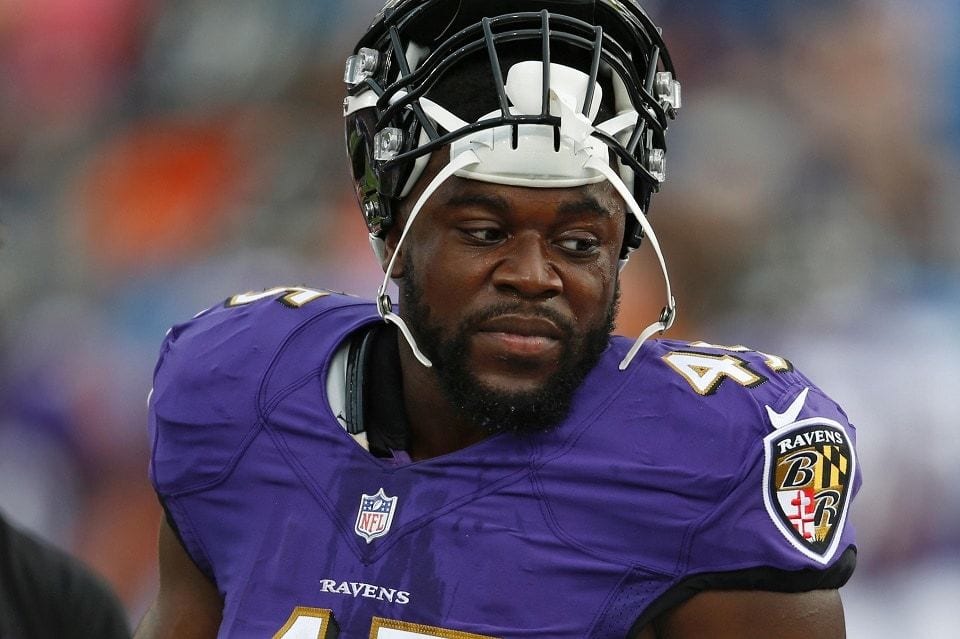 The Ravens will open Training Camp with around $11.7M in Salary Cap space. After a healthy set of OTAs, the Ravens presently have no players on IR.  So, as of now, the team would have to count the 53 players on the active roster + anyone that starts the season on PUP + 10 PS players (total of at least $1,360,000) under the Cap. That would mean that, as of now, 63 players would count against the Cap at the beginning of the season.

But, as we know, Training Camp and preseason injuries are inevitable, so the number of players that will end up counting against the Cap is going to go up (the Ravens started 2017 with 12 players on IR and started 2018 with 9 players on IR) and in turn, that will eat into the team’s present Cap space.

IN-SEASON WAIVERS – Prior to the trade deadline, waivers apply, as explained above, and vested veterans and non-vested veterans are still treated as they have been since March. After the trade deadline on October 29th at 4:00 p.m., though, all players – whether vested or non-vested – are subject to waivers. This presumably gives all teams an equal shot at obtaining the player via the waiver system and protects the competitive balance aspect of the waiver system (i.e. giving lesser teams an opportunity to obtain talent).