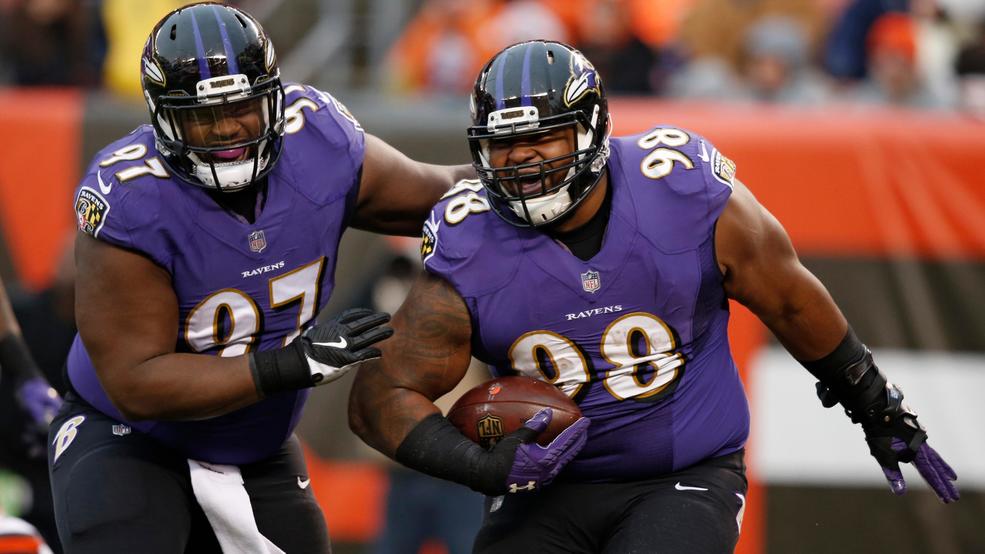 The Baltimore Ravens defense was a force to be reckoned with last season, finishing number one overall, stifling opponents’ offenses on a week-to-week basis. The secondary is elite, the linebackers are strong, but the group that gets little love but may be the most important is the defensive line.

There will be competition all around for the final spots on the defensive line, where the Ravens tend to keep anywhere from 6-8 players. As the league has transitioned to be more pass-happy, the heavies of old have taken a back seat to athletic players who can put pressure on the quarterback. Still, this position unit will be a big key to success for Defensive Coordinator Don “Wink” Martindale.

Let’s take a look at how things stack up heading into training camp.

Incumbent starter Michael Pierce has thrown things into a bit of flux, showing up to OTA’s overweight and being placed on the NFI (though he’s since been removed). This would seem to signal that Pierce was not in the shape he needs to be in to get on the practice field. It’s encouraging that he passed his physical and was removed from the NFL list already, as opposed to this saga continuing to drag on.

Brandon Williams will still continue to hold down the fort as the starting defensive tackle, and while fans are still bellyaching over his contract, there is no question his importance to the run defense. The defense struggles to stop the run in games he misses, and although that doesn’t always justify his hefty price tag, there is value there from the veteran run-stuffer.

The defensive end spot is where the questions lay. I project Chris Wormley gets the nod due to his improved play last season, making me believe he is trending upwards in his development. Wormley is strong against the run and has some quickness to make an impact in the pass rush.

Daylon Mack was drafted for one simple reason: to take the torch from Pierce when he likely moves on next offseason. While fans will hate to see a force like Pierce go, Mack has similar size and strength to fill that role well. Mack will find himself in the rotation to keep both Williams and Pierce rested, so you can expect the former Aggie standout to get snaps and make his mark on the defense.

Willie Henry has the talent to be the starter at DE, but injuries have hampered his playing time. Henry has the quickness and strength to be an interior rusher against the pass, and if he can stay healthy there is a chance he could cut heavily into Wormley’s snaps. There are no doubts, at least here, that Henry makes the final roster and gets plenty of snaps.

The surprise (or maybe not so much of a surprise) to make the roster is Gerald Willis. Willis was a day two talent in my eyes and fell out of the draft due to past incidents off the field. Willis has since been seen making plenty of workout videos, and appears to have the drive to continue his improvement as a player.

The former Hurricane standout has the talent and raw strength to make an impact with this defense, and I fully expect that to be the case. The Ravens essentially got a fourth-round talent without having to use a pick or shelling out a lot of money. That is what we like to call a win-win.

Fighting For a Spot

It may come as a surprise to many that I have Patrick Ricard on the outside looking in, but when you really think about it, it shouldn’t be all that surprising. After Lamar Jackson took over at quarterback, Ricard saw his snaps go down. The offense now uses Nick Boyle and Hayden Hurst more in run blocking, and do not use a traditional fullback. This isn’t going to change with new Offensive Coordinator Greg Roman.

Zach Sieler is another player many would like to see make the final roster cut, but the numbers don’t look to be in his favor. Sieler possesses the size and strength the Ravens traditionally like in their defensive linemen, but unless John Harbaugh elects to keep more than six at the position, Sieler is more likely than not to get cut.

It is very possible that Harbaugh elects to go with more than six defensive lineman on the final roster, but for now my projection looks at six guys to make it.

The defensive line is one of the more cut-and-dry position groups on the team. Pierce, Williams and Wormley will likely hold down the fort as the starters but as is the case with past Ravens defenses, expect a heavy rotation to keep players fresh throughout games.

The Ravens went hard after Gerald McCoy recently and weren’t able to land him. Their pursuit of McCoy signaled their lack of depth along the line. There is plenty of talent in this position group, but an injury could change the game here.

Next up, I will take a look at the linebackers heading into training camp.