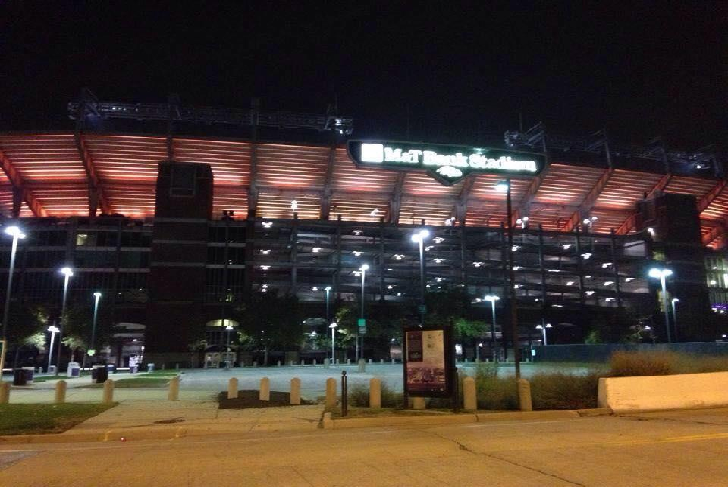 (All of these improvements will be showcased this Saturday, July 27, when the Ravens hold a free 6 p.m. training camp practice at M&T Bank Stadium. A gigantic fireworks display and laser/lights show will take place immediately following practice.)

“One of our primary goals is to create extraordinary experiences for fans every time they visit M&T Bank Stadium,” stated Ravens president Dick Cass. “We’re proud of the work that’s been done to ensure that we consistently produce one the NFL’s best gameday atmospheres.”

The stadium, which originally cost $220 million to build, opened in 1998. Since then, the Ravens have spent approximately $220 million on overall enhancements, which also included a $45 million investment from 2013-15 to install Wi-Fi capabilities, advanced LED video displays, redesigned concession stands and upgraded concourses.

“The improvements we’ve made over the last several years keep our stadium on the cutting edge of technology, convenience, entertainment and design,” added Ravens senior vice president of stadium operations Roy Sommerhof. “We will always strive to provide fans a top-notch experience at Ravens home games.”

Additionally, in 2018, in the NFL’s “Voice of the Fan Polls,” the Ravens earned the following gameday experience rankings among all 32 teams:

Below are the enhancements that took place over the past three years (2017-19) as part of the $120 million project:

Phase One of the three-year project was completed prior to the 2017 season and was highlighted by two dramatic, 4K ultra-high definition video displays, which doubled the width of the stadium’s previous standard HD boards. The boards, measuring approximately 200 feet wide and 36 feet high, equal the highest resolution and clearest picture of any stadium video display in the U.S.

The Ravens expanded the audio/video control room and installed 4K cameras, lenses and control equipment. An investment was also made in 11 manned cameras and additional robotic cameras, which provide fans with more angles of live action, statistics and replays than ever before.

Phases Two and Three of the M&T Bank Stadium enhancements project took place in 2018 and continued into the spring/summer of 2019. These improvements include the following:

Escalators and elevators to the 500 level were installed to improve crowd flow and ensure convenience for fans accessing seats in the stadium’s upper level. (The first escalator to the upper concourse opened in November of the 2018 season.)

The stadium underwent kitchen renovations in 2018 and 2019 to include new equipment that improves the quality of food and provides more options at concessions stands throughout the venue.

A new sound system in the seating bowl was installed prior to the start of the 2018 season.