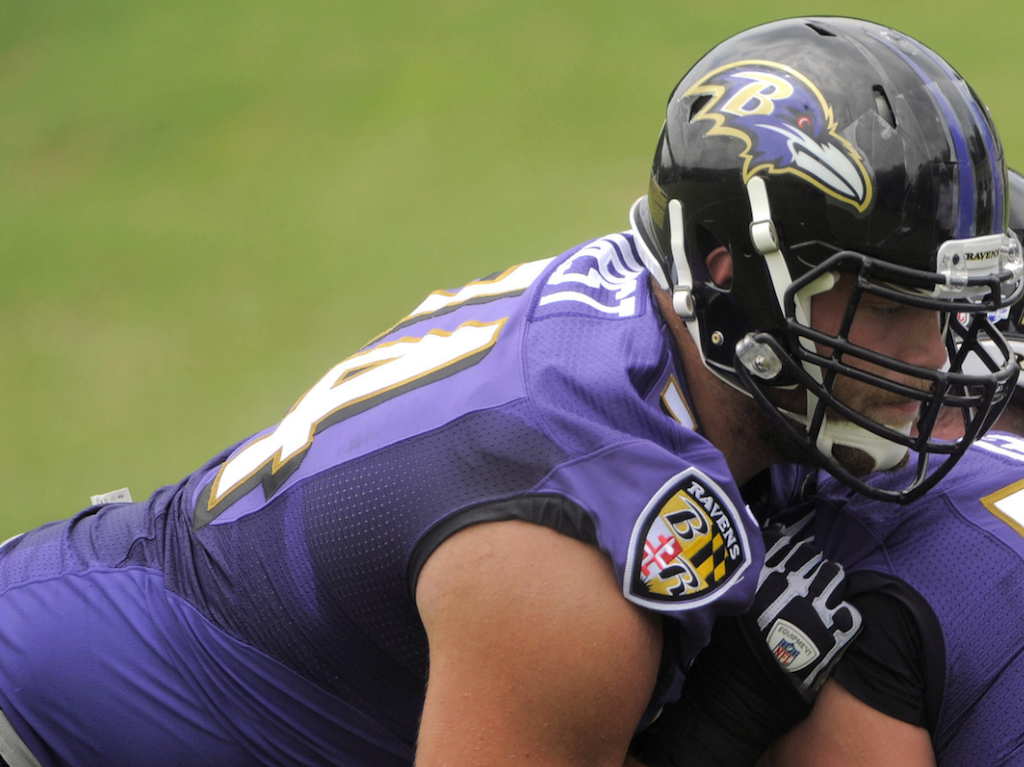 Perhaps it’s too soon to say, but with several offensive lineman out of the mix in Day One of Ravens Training Camp, we got to witness a new face lined up at Left Guard.

Admittedly, I was surprised to see the rookie spend the first day of his first training camp chumming it up with the top unit, but with the absence of guard Alex Lewis (currently on the PUP), and tackle Orlando Brown Jr. failing his conditioning test, it only makes sense to slide James Hurst back out to Right Tackle where he’s spent much time, including the first six games of 2018.

Granted, we’re talking about play in shells in the first few days, but Powers fit in nicely with the unit from what we saw, keeping pressures to a minimum, pulling effectively and working a few combo blocks.

Hurst on the other hand played fairly well, but struggled outside against the rush on more than a few occasions, and while the rush rarely got home (QBs were getting the ball out fast today) there were a few touches and a few more close calls in the backfield coming around the right edge.

I’ll be curious to see how long this offensive line unit remains intact with Powers running with the ones. It’s very likely that Brown passes his conditioning test in the next few days to reclaim his Right Tackle throne, thus forcing Hurst into the Left Guard position; however, if Powers continues to impress for the duration of OBJr’s absence, there’s no guarantee “Big Ben” (he still needs to change that name) doesn’t stay put in the first unit with Hurst joining the second.

Powers wasn’t the only rookie surprise of the day, as third-round rookie WR Miles Boykin spent the better part of today’s practice running with Lamar Jackson and the first team as the X receiver. Boykin made a few beautiful catches, including a one-handed touchdown in the corner of the end zone against the first team defense. The kid is seriously acrobatic and can really get up there.

On the opposite end of the rookie ‘wow’ spectrum, undrafted rookie receiver Jaylen Smith hasn’t done himself any favors in proving to be 53-worthy, as he had not one… not two… not three… but four drops today. Add in a muffed punt in drills, and the ‘chemistry’ factor better show up soon or his time could be very limited.