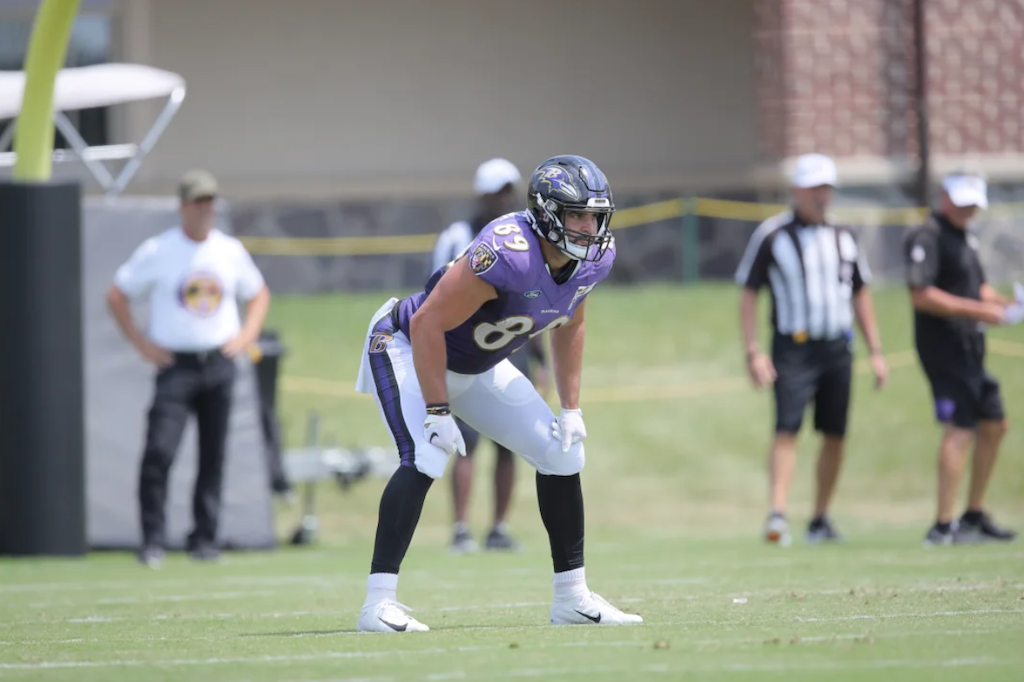 Jermaine Eluemunor was running with the first team offensive line at left guard instead
of Ben Powers.

Lamar Jackson looked very good, delivering passes with accuracy I had to see in person to believe. His best pass of the day was a dime into the waiting arms of Chris Moore deep down the field. Moore also had a decent day catching the football.

Miles Boykin is a FREAK, he keeps making plays. His route running is sharp for someone as young as he is. The way he catches the ball is a little suspect, but he mossed Iman Marshall for a touchdown late in practice, so if it ain’t broke, don’t fix it.

Antoine Wesley continued to make plays in practice, but we didn’t see anything from him on Thursday night.

Marquise Brown, even injured, is the fastest player on the team. He motioned into the backfield on an exotic looking play that looked to be straight out of Greg Roman’s dreams and had the ball lateraled to him. He also showed off incredible route work, cutting on a dime, and some toe drag swag on the sideline.

Willie Snead was finding the soft spots in coverage, looking as reliable as ever.

Justice Hill caught a ball on an angle route with his fingertips and outraced his defender to the end zone.

Mark Andrews ran what seemed like the entire route tree in Saturday’s practice, showing off finesse and power. He made some acrobatic catches over defenders and some sideline catches. I caught up with him after practice for a one-on-one interview.

We have established Mark Andrews over/under numbers for 2019 at 67 receptions, 800 yards and 9 TDs. Is he more likely to go over or under these numbers?

Tony Jefferson had a pick six and looked like his usual self.

Kaare Vedvik made all of his field goal attempts that I saw except a 60 yarder that was two feet wide to the right.

Sam Koch showed why he’s still the most efficient passer on the team, completing a fake field goal pass for a decent gain.