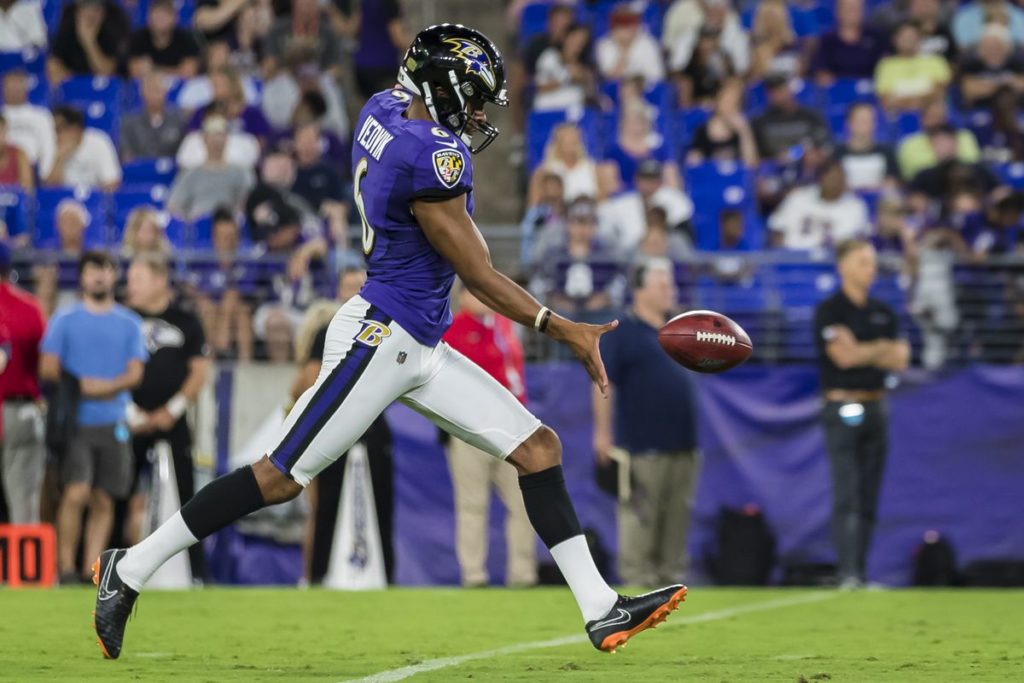 The big news coming out of Day 13 of training camp came when this announcement was made — Ravens trade Kaare Vedvik to the Minnesota Vikings for an undisclosed draft pick.

ESPN’s Adam Schefter said the Ravens would receive a fifth-round pick as compensation for the promising kicker/punter.

Either way, it’s a shrewd move by general manager Eric DeCosta because there was no way Vedvik was beating out Justin Tucker or Sam Koch for a roster spot.

“I’m really happy for Kaare,” special teams coach Chris Horton said. “What an opportunity for him. He was fired up, we were fired up for him.” 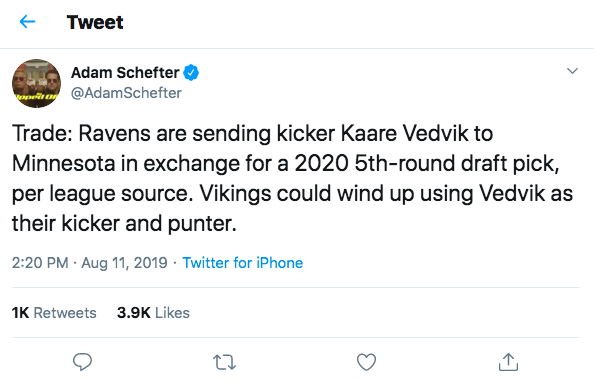 On the field, the Ravens showed some intriguing wrinkles with their offensive game plan.

Marquise “Hollywood” Brown continues to flash as he makes his way back into the lineup. The Ravens ran an option play where Lamar Jackson appeared ready to take off downfield before he cleanly pitched the ball to Brown who was surging out of the backfield. There was no one in front of Brown and the play would have resulted in a huge gain downfield.

The Ravens were also creative with the offensive line.

During one series with an unbalanced line, guard/centre Bradley Bozeman lined up at left tackle, which moved Ronnie Stanley to right guard with Orlando Brown Jr, at right tackle. Tight end Nick Boyle added more support to the left side of the line.

The Ravens hope the tactic confuses the opposition as much as it confused the media.

Staying with the offensive line, the job at left guard remains troublesome.

Jermaine Eluemunor started the preseason opener against the Jacksonville Jaguars, but struggled to stay on his feet. He also had two false start penalties in practice Sunday, earning a stern talk by coach John Harbaugh and a lap around the field. James Hurst is also competing for the starting job, but he has versatility and might be needed for depth in other spots or if there are injuries.

Rookie Ben Powers played 30 snaps against the Jaguars and is gaining ground on Eluemunor and Hurst.

“When we open up September against Miami, we’ll have our starting offensive line,” offensive line coach Joe D’Alessandris said. “Jermaine, he’s been a work-in-progress and he’s grown a bunch since he’s been here. We’re just going to continue to coach him, encourage him, see where the chips fall. It was good for him to play the other night. He helped us last season against Pittsburgh and against Carolina at left tackle, didn’t bat an eye. This year, we’ve got him at left guard and we’ll see how this continues to develop.” 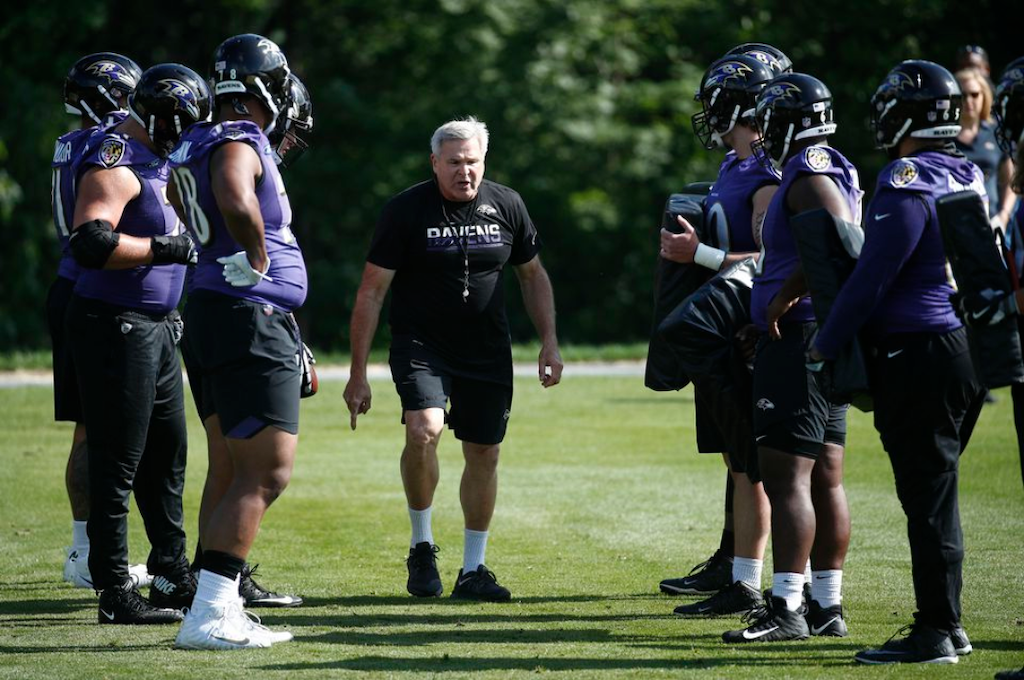 On the bright side, seven-time Pro Bowler Marshal Yanda was back at practice for the second consecutive day and the unit plays much cleaner when he is involved with drills.

Quarterback Lamar Jackson had an uneven performance, overthrowing receivers several times. The secondary was clicking throughout the practice and cornerback Marlon Humphrey intercepted Jackson during a goal line drill.

The tight ends — most notably Hayden Hurst, Mark Andrews and Nick Boyle — continue to dominate practices and are creating mismatches against the defense.