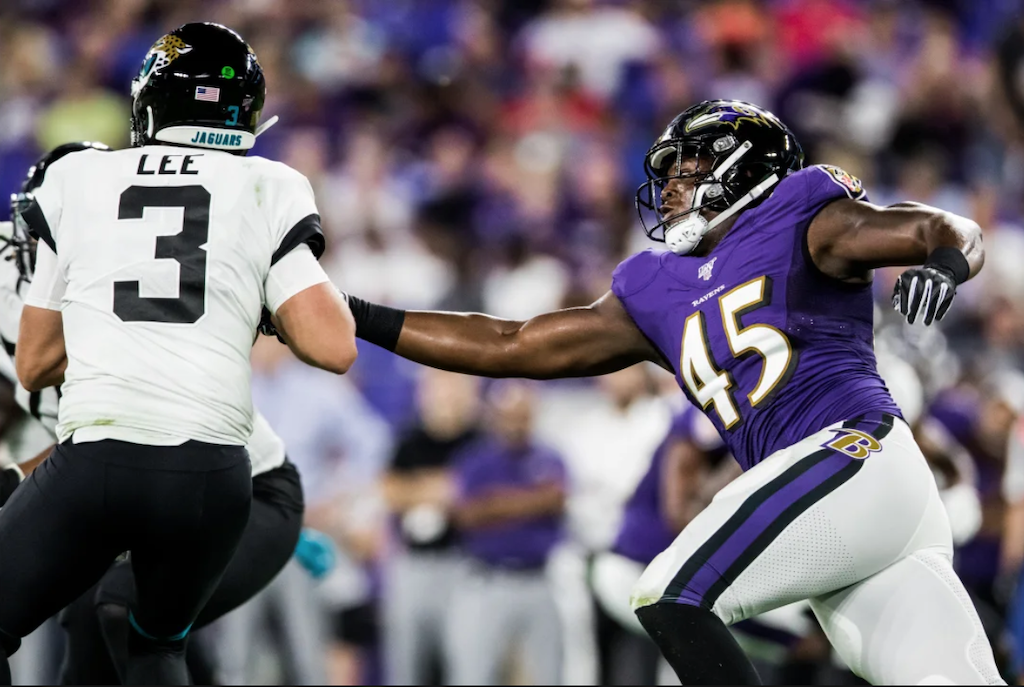 The Ravens’ final 53-man roster will have a clearer focus this week following the third preseason game against the Philadelphia Eagles.

The offensive game plan will revolve around the ground attack, but the Ravens still might opt to carry three running backs — Mark Ingram, Justice Hill and Gus Edwards. However, De’Lance Turner could possibly push for a spot because he is an effective special teams player. Turner was promoted from the practice squad last season before an injury opened the door for Edwards, who wound up leading the team with 718 yards.

Turner had 29 yards on five carries in the second preseason game against the Packers.

Kenneth Dixon could be fighting an uphill battle and he missed consecutive practices leading up to the dual sessions in Philadelphia. If Dixon is able to play, he’s going to need to flash. A final spot could hinge on a player’s ability on special teams, an area where Dixon has not made an impact.

Miles Boykin, Willie Snead, Marquise “Hollywood” Brown, Seth Roberts and Chris Moore, who will also be the kickoff returner, have the inside track at receiver. If the Ravens carry a sixth receiver, Jaleel Scott should be able to secure that role. Scott has also been part of the special teams, which will help his cause. Antoine Wesley and Joe Horn Jr. could be practice squad candidates.

Quarterback Trace McSorley spent a portion of Sunday’s practice working with special teams as a blocker. This is a good sign for him to earn a spot on the final 53. He could serve as the third-string quarterback, and also contribute on game day with the punt and kickoff teams. McSorley had some one-on-one coaching from John Harbaugh.

The wild card is rookie Patrick Mekari, who ran with the first team at left guard this training camp. The Ravens could opt to put him on the practice squad to get more experience for a promotion later in the season.

On the other side of the ball, the defensive line is set with Brandon Williams, Michael Pierce, Willie Henry, Chris Wormley, Daylon Mack and Zach Sieler.

There is more intrigue at outside linebacker. Matthew Judon, Pernell McPhee and Jaylon Ferguson are the locks. Tim Williams and Tyus Bowser still have some work to do despite playing better this training camp. Shane Ray is going to need to make a bigger impact in the final two preseason games, However, he has missed practice time over the past week and his availability is uncertain.

The injury to nickelback Tavon Young will create more reps for Cyrus Jones, who played well early against the Packers before fading late in the game. The Ravens could carry seven cornerbacks with Marlon Humphrey, Brandon Carr, Jimmy Smith, Anthony Averett, Iman Marshall, Justin Bethel and Jones as the leading candidates. This means Maurice Canady, who had dealt with injuries over his career, has some work ahead of him to leapfrog one of those players. Further injuries could also impact this unit.

Earl Thomas, Tony Jefferson, Anthony Levine Sr., DeShon Elliott and Chuck Clark will provide the depth at safety. Bennett Jackson has been one of the most intriguing players, but the numbers do not work in his favor. He will have little trouble finding another team. Brynden Trawick is dealing with a similar scenario.

Things will become even clearer in the coming days.