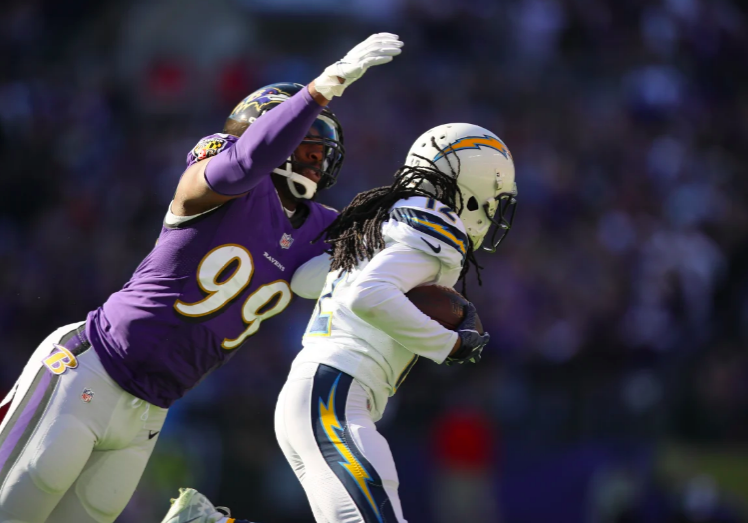 Yesterday, we took a look at some sleepers. Today, we dive into players who are being over-drafted in the first seven rounds (ending at ADP 84).

I am not saying “don’t draft these players.” I’m saying temper expectations or let someone else buy into the hype so they – not you – can be disappointed later!

Antonio Brown (21): I can already hear everyone calling me an idiot, but there are a number of reasons why I would stay away from AB in the second round. First off, ‘Helmet-gate.’ When will that end? Will he play this year? Will he miss games because of it? Because of all that, he is missing valuable time building chemistry with Derek Carr. Then there is the rest of the roster? There is no other threat; you have Ty Williams, Hunter Renfrow, JJ Nelson and Darren Waller. None of them require extra attention, meaning defenses can put added resources into stopping AB. Pass on him at 21 and take: Adam Thielen, Stefon Diggs, or TY Hilton.

Melvin Gordon (23): Gordon’s current holdout with the Chargers seems as if it could drag into the season, with neither side looking to budge. The other two reasons are Justin Jackson and Austin Ekeler. Both did more than enough with Gordon out last season for the team to trust them. Plus, will Gordon be in game shape if/when his holdout ends? Don’t risk your second-round pick!

(Side note: Why didn’t I lump Zeke Elliott in here as well since he is going top 5? I believe that saga ends before the season starts and Zeke suits up in Week 1.)

Damien Williams (28): If Carlos Hyde was on my ‘Sleeper’ list, you knew Williams would be on this list. Early third seems too early for a guy had the best four games of his career last season. Williams scored more rushing TDs in three games last season (4), then he had in his previous 60 games (0). Pass on Williams and the hype and wait for Hyde.

Josh Jacobs (36): How can I trust Jacobs to be my ‘bell-cow’ back when at Alabama he played 40 games and only seven times was he asked to carry the ball 10 or more times, with four of those games happening last year. One could argue that means he is fresh and doesn’t have the wear and tear as some others. However, how can I trust an RB to have significant fantasy impact in his rookie year when he has never rushed for more the 650 yards in a season? He could hit the rookie wall by early November.

Derrick Henry (37): Similar to Williams, Henry went off in the last month of the season and parlayed that into a high ADP this year. Before committing yourself to Henry, remember this: aside from those four games, he averaged just six points a game. With not much help around him offensively, teams will stack the box against him. The fourth round is too high for me.

Andrew Luck (66): Luck makes the list because of his current injury. Reports are saying he may not be ready for Week 1. No one outside of Indy is even quite sure what the issue is (ankle, Achilles, bone?). This could be one of those injuries that may drag out or could pop back up anytime. Luck is going as QB5 right now, but with the injury, wait and draft a healthy QB later.

Jared Cook (75): In his 10th season, Cook set career highs in receptions, yards. and TD. Now in year 11, we should expect similar numbers? No way! The Saints already have a ton of options in the passing game. Plus, Drew Brees passing attempts have decreased each year since 2016: 673/536/489. It’s safe to assume they will drop again to right around or below 400 attempts. Don’t be fooled by last year’s numbers; Cook is a back-up fantasy TE.

Eric Ebron (82): Not trusting Ebron to come anywhere close to his career year of 2018. Jack Doyle is healthy and will take away targets, they went out and signed Devin Funchess who will steal targets in the red zone and rookie Parris Campbell looks to play a significant role. 13 TDs in 2018 were Gronk-like, and Ebron is nowhere close. All this points to Ebron putting up more Detroit-like numbers in 2019.

Got a fantasy question or if you actually agree with what I said (or don’t) follow me on Twitter @jdfantasyfb.