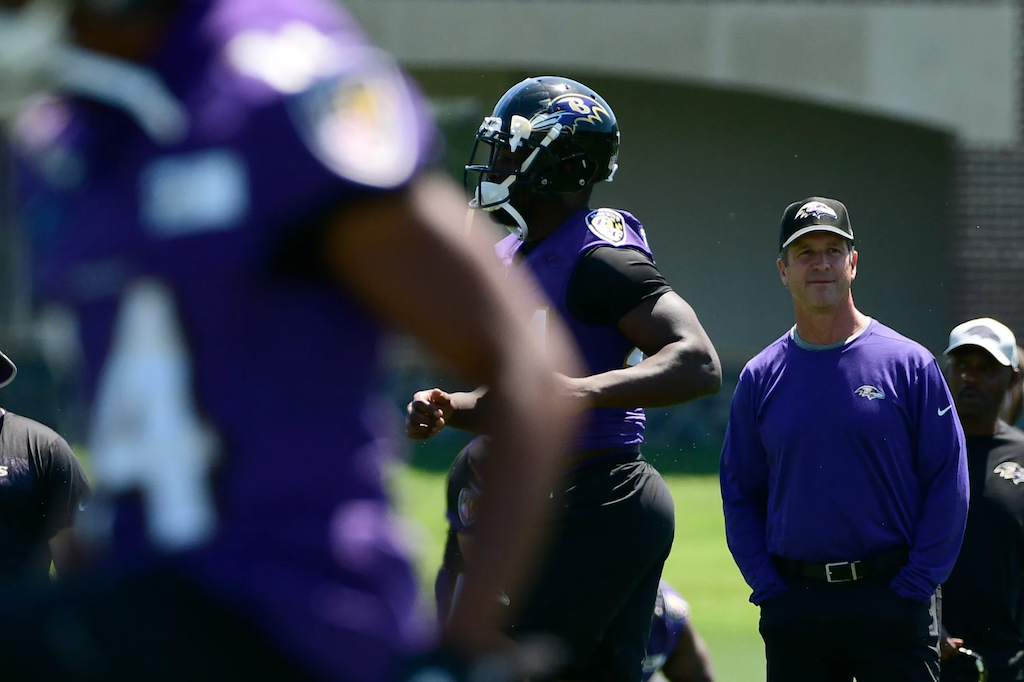 Halfway through the preseason feels like the right time for us gents at the Neutral Zone Infraction (NZI) podcast to make our Ravens final 53-man projections.

Warning: the following may contain adult language, threats of violence to each other, zero nudity (thank God), and potential utter stupidity. NZI and RSR shall not be held liable for any brain cells or time lost during the reading of this blog. 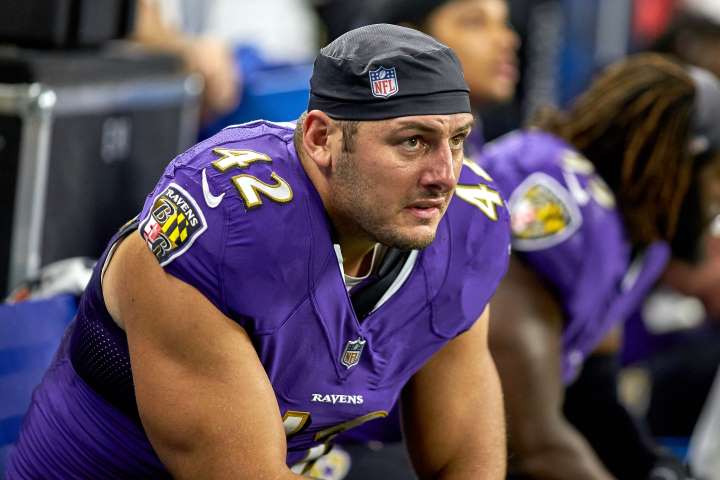 I went unorthodox as hell with the offense, quite frankly because it’s an unorthodox as hell offense. Bobby G3 will be healthy for Week 1, and even if he’s not 100% does it even matter? 75% Bob >>> 100% Trace and keeping a 3rd QB with worse accuracy than LJ isn’t logical for me, unless he’s being used as an ‘offensive weapon,’ and he hasn’t had time to really hone that craft whilst focusing on being QB2 this preseason. He’ll be safe on the Practice Squad though.

I also opted to go with three running backs over four, simply because Dixon can’t pass protect and he doesn’t play on Special Teams. Also the snap share math doesn’t work out for me. No shockers at WR1-5 and I have Scott at WR6 because admittedly, he has “the edge.” I’d LOVE to get Wesley in here, but he’s gonna get stashed on the IR, come back in 2020, and you’ll all be on that hype train (I’m the conductor). As for O-Line, I kept nine, and it’s a simply based on 2018 injury numbers: last year we shuffled left guard, had injuries at three other spots on the line, and I’d rather keep the extra guy instead of risking losing someone (Mekari or Senat) trying to move them to the practice squad and getting stuck with a turd filling a vacant spot when it matters most this season.

D-Line is what it is. In the ‘backers Otaro Alaka is my 2nd UDFA and well deserving of it too. For me, this kid is just special. His size, speed to the ball, the way he wraps up on tackles… you simply can’t risk losing him, and besides, he’ll give you solid Special Teams contributions and depth in the event Chris Board’s noggin issues are prolonged.

Then there’s the DBs… and Anthony Levine Sr. isn’t on my roster. HEAR ME OUT. I love Levine. He’s been a quiet leader in the Ravens locker room for years and he’s done everything asked of him. He’s also 32 years old and still relegated to role-specific duties, and in the youth movement of the Ravens, he’s the older and redundant player that becomes the odd man out for me. I think the Ravens will find a new home for Levine (he’ll start elsewhere), with a pick coming back our way. But there’s always one “ouch” move when constructing rosters and this will be the 2019 heartache.

Like most Ravens fans, I spend the majority of preseason games adding and dropping guys to my final 53-man prediction.

I mean, that’s what the preseason is all about, right? Determine your best 53 football players, lock them in and go to battle in September.

Let’s break down who has been added and dropped.

The most notable omissions come along the offensive line with the drops of Greg Senat and Patrick Mekari, who I would absolutely add to the practice squad in this scenario. The reality is it’s an unfortunate numbers game. Mekari has shown extremely well, but he hasn’t surpassed Bozeman as the backup C and I can’t see the team dropping Hurst’s versatility to keep Mekari on the active 53. Senat is a very hard cut as a pure OT, but Eluemunor provides the versatility that he can play LT in a pinch, which he did in 2018 with some success.

Eluemunor’s performance against Green Bay in Week 2 really saved him. He genuinely looked like a starting caliber LG, but of course that can change.

Some may be surprised by the retention of McSorley, but he has shown me enough that I want to see him next year after a full season in the NFL. I don’t think he’d survive on the practice squad, which means the team has to carry three QBs.

The other notable drop is Kenneth Dixon. Unfortunately, after considering the contract implications of only having one more year under team control, it may not make a lot of sense for the Ravens to continue to develop him. They have cheap years ahead with Edwards and Hill, plus they just signed Ingram. I imagine they want to build this into a three-headed monster and giving Dixon snaps just doesn’t make sense to me. De’Lance Turner is a practice squad candidate. 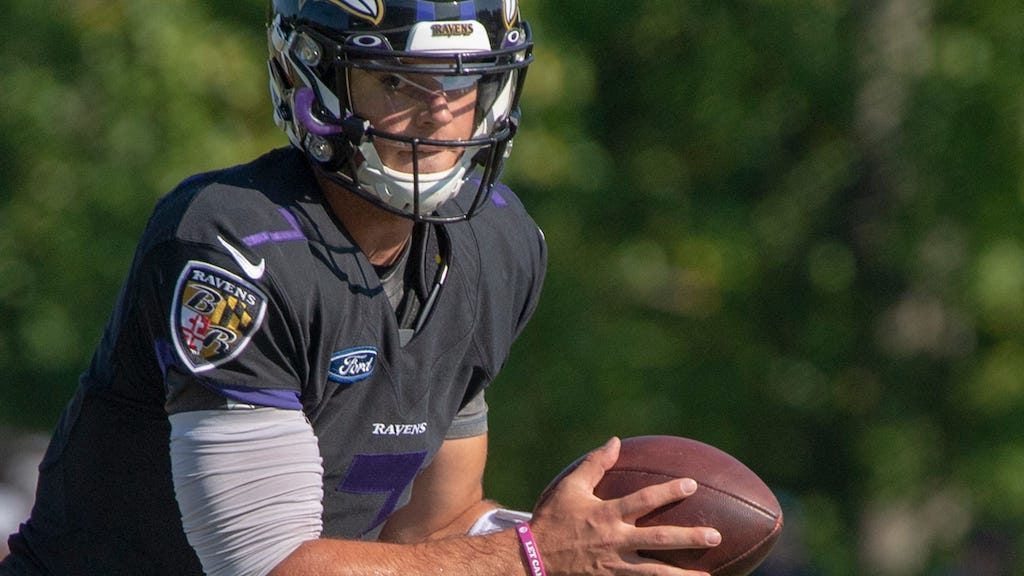 The Tavon Young injury has really made me re-think this 53. The Ravens are going to need options to fill the sCB role that is now vacated. Cyrus Jones got absolutely burned in coverage on Thursday, Brandon Carr and Anthony Averett are more outside cornerbacks and the Ravens lack a lot of true slot options. One of them is Canady and I think that elevates him onto the roster, despite me not giving him much of a shot before Young’s injury. Crazy how things can change.

Patrick Ricard has absolutely played himself onto this team. He provides offensive abilities from the FB position (and the TE position, where he made a nice block on Justice Hill’s TD last week) and ST abilities, plus can be a spark plug at 3-Tech.

Otaro Alaka looks like my UDFA man of choice for this year, continuing the Ravens streak of graduating a UDFA onto the final 53. Alaka is a great option to be a downhill LB and contribute on STs, which they need if Chris Board is to miss any amount of time.

Note: if Board has to miss any time and ends up on any sort of IR, my next ILB candidate would be Alvin Jones.

Of course, we have to keep Cameron Nizialek …

Jk, I’m sure Eric DeCosta will have Nizialek traded for a 2020 6th before the end of the week… 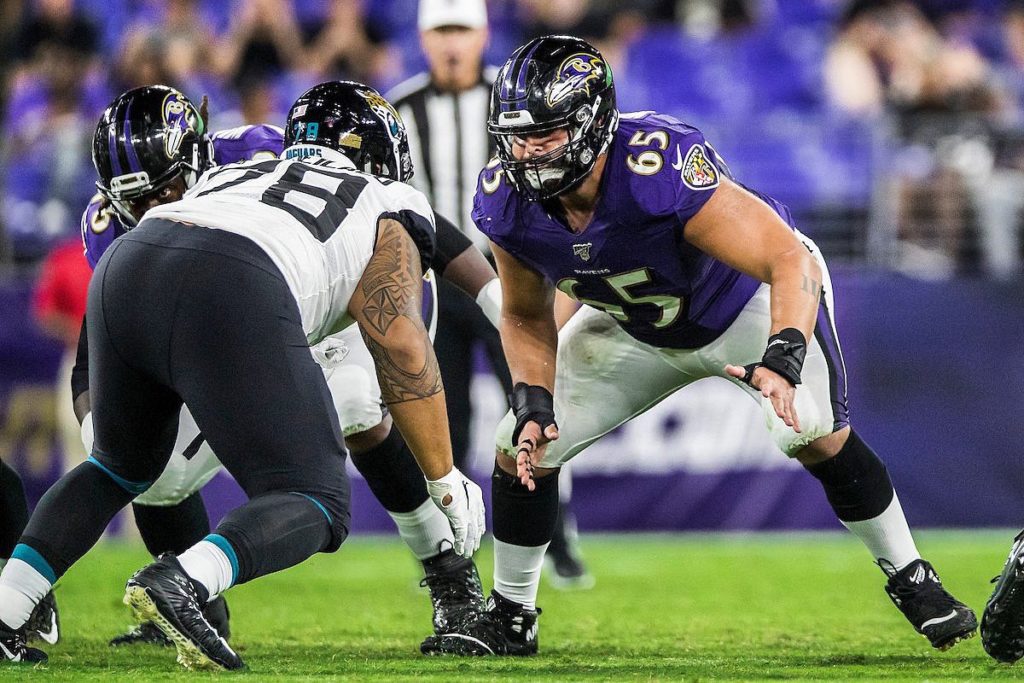 Silver lining time, boys: The injury to Tavon Young gives the Ravens some play as far as where they want to keep more talent, and they’ve distributed it equally between offense and defense.

On offense, I think the Ravens have seen enough from Tays…Trace McSorley, to want to keep him on the roster. This gives them three different options at quarterback if the unthinkable happens. As far as the skill position players, they’ve kept the best of the talent available at all spots. Kenneth Dixon getting banged up in the preseason gives them incentive to cut him, while still retaining a very solid RB room with the three left. Follow that up with a top-heavy offensive line (the gods must help us if any of the starters go down) and a plethora of different receivers, and the offense looks primed to have enough talent and depth to put some points on the board – or at least get Justin Tucker to, say, midfield, so he can boot the rock through the posts.

Defensively, the injury allows them to keep rookie Iman Marshall on the roster, which will help his development as Jimmy’s eventual replacement. However, because the slot corner position is now in turmoil, I have Cyrus Jones and Brandon Carr as the two slot backups (not really in that order). You have to figure if the Ravens have problems in the middle of the defense, then veteran Anthony Levine can step in to help. The OLBs give the Ravens a decent-at-best amount of options to try and terrorize quarterbacks while the talented safeties and corners lock down receiving options. I like Elliott to get some Levine-esque snaps in 2019 as well.