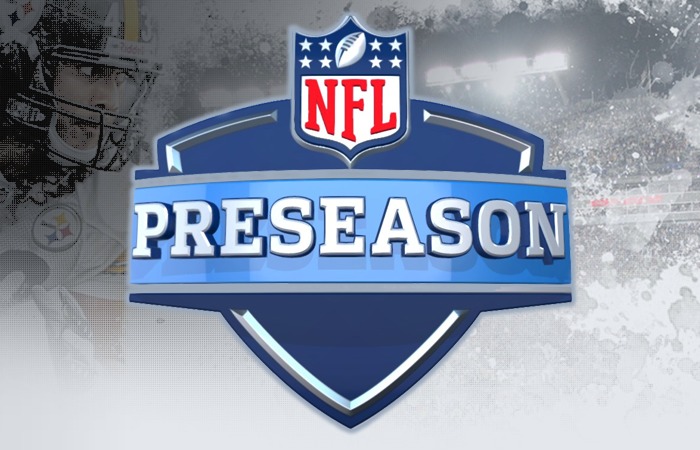 Thankfully there was divine intervention during Thursday night’s game between the Ravens and the Eagles at The Linc in Philly. The game was awful, featuring 24 accepted penalties in just 48 minutes. The NFL preseason game was cut short by the lightning and the thunder!

There was once a day when the third NFL preseason game was the jewel of preseason – although even then it was just a shiny zircon, the more polished of the other fake gems, aka games, on the preseason docket. But now, even the semi-luster of preseason game 3 has dulled to a schmegma-covered piece of quartz. No one seems to want to play in them, or the coaches don’t want their starters to play in them – or both!

These games are akin to going to a rock concert, but instead of the featured attraction, you watch the roadies tune up the instruments. It’s like going to the movies and the featured flick never comes on. Instead you just watch preview after preview.

Fans who desperately want season tickets to support their team are forced to pay for this garbage. It’s like paying for ten expensive steak dinners at Capital Grille in advance, but for the first two they bring out a plastic serving spoon and slap a mound of Hamburger Helper in a paper bowl.

It’s extortion. The NFL is extorting their customer base.

Defenders of the NFL preseason football will tell you that it prepares the players for the regular season. Does college football have preseason games? Never mind, rhetorical question.

Everyone knows the preseason is garbage. The NFL readily admits it. Just Google Roger Goodell and preseason football if you need to confirm it. But they can’t let it go because it means that they will lose MUH-NEE!

Cue up the opening to that Pink Floyd song please…

But there are other ways to get to the same end game. And here’s my six-part plan:

1. Get rid of all preseason games.
2. Replace them with more joint practice sessions between teams.
3. Offer an inexpensive pay-per-view for fans of said joint practice sessions.
4. Expand rosters to 60 and allow all players to be eligible each Sunday. Ditch the senseless inactive list.
5. Expand the regular season schedule to 18 games.
6. Give each team two bye weeks

In total the league would be adding 3 more regular season weeks to the schedule which could boost advertising revenue dollars by 18% and it pushes more playoff games into February – a ratings sweep’s month.

Oh, and as for the officiating, at the very least make the crew chief a full-time employee and for the love of God, STOP adding new rules every year. With so many rules, these officials begin to see things that don’t even happen. The call against DeShon Elliott on Thursday night for an illegal tackle and the OPI flag on Jaleel Scott were absolutely ridiculous!

Hey, what time does the game start next Thursday?