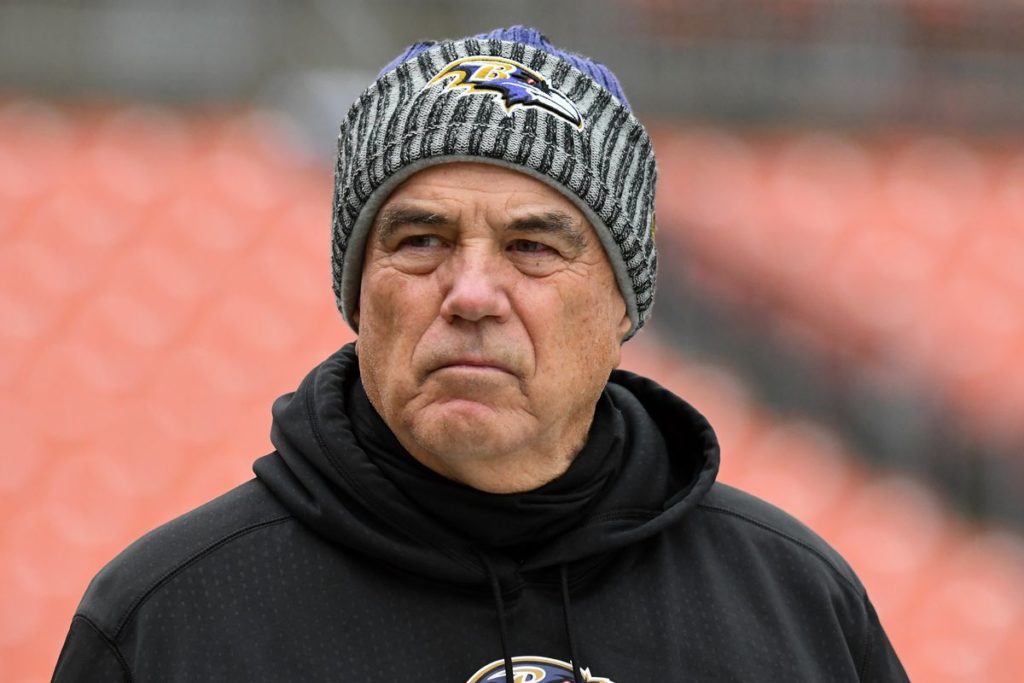 Recently I had the great pleasure of being the guest speaker at a Ravens Nest 14 Meeting. They are all outstanding people who know how to have fun while giving back to their community. Plus, they know their Ravens football. 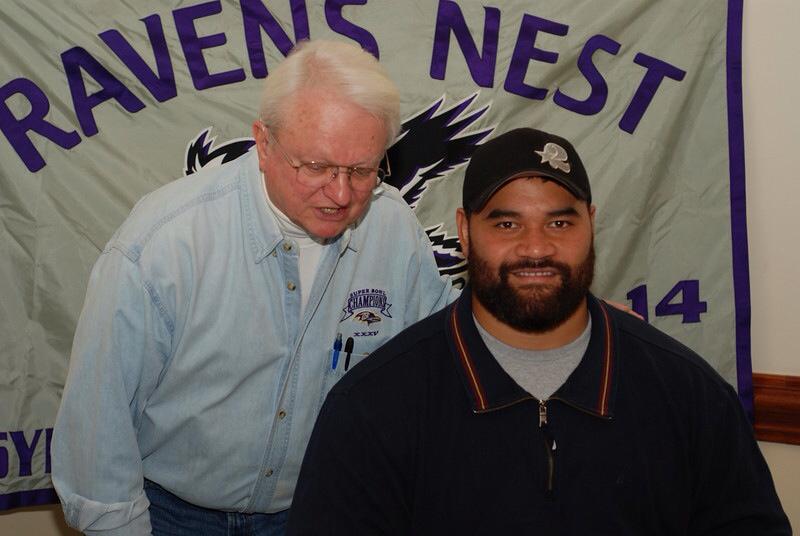 After sharing some insight, a few stories and hosting a Q&A, one of the members came up to me as we began to head on our way, and asked how I knew before everyone else, that Dean Pees was retiring. It was a story we posted on December 6, 2017.

Journalists don’t reveal their sources and so I didn’t. But that said, I’m not in the news breaking business and I think the followers of Russell Street Report generally know and accept that. But this piece of breaking news was an exception.

Nevertheless, the Nest member, somewhat surprised and not fully trusting my story, wanted to get confirmation from a source other than RSR about Pees’ then pending retirement. I get it! No offense taken. Reversing roles I might do the same by hitting up Adam Schefter’s Twitter account.The Nest 14 member had a different idea though. He reached out to Nestor Aparicio of WNST.

According to the Nest member, Aparicio dismissed my story as that from a hack. That was Aparicio’s description of me – one that he’s used often for practically anyone that isn’t the guy he sees in the mirror.

I was hardly offended, considering the source.

Fast forward to today, someone tried to send me a Tweet of Aparicio’s. But there was a problem – I was blocked by the WNST Grand Poobah. Not sure why, but I found that amusing. To each his own.

Now I’m not sure why I was blocked, because I haven’t been in touch with Aparicio for years, haven’t sought out his insight. I regularly forget that he’s part of the Baltimore sports scene – the departure of talent from the station coupled with the ascent of 105.7 The Fan, has rendered his station somewhat irrelevant, don’t you think?

But back to that Nest member…

Judging from the expression on his face, he expected a reaction from me after sharing that Aparicio labeled me a “hack”. My response?

“Nestor is as good as there is when he’s focused on sports talk. But unfortunately, he can’t get out of his own way and that’s too bad for the rest of us.”

Any Ravens fan who has attended a home game instantly knows the voice behind the tagline, “Don’t be a jerk!” Of course, it’s none other than WBFF’s Bruce Cunningham. Since 1999 Cunningham has been the voice of M&T Bank Stadium. He and his booming voice have tackled PA duties for the team with gusto and enthusiasm. But according to Cunningham, the gusto is no longer there. The fire in the belly for the job has vanished.

And now, so has he from the PA booth.

The Ravens and Cunningham have publicly played nice about the separation. But I find the timing quite odd. Cunningham is a company guy. He’s been with Sinclair Broadcasting for decades despite watching a few of his underlings go on to bigger and better jobs. So, it would seem out of character for Cunningham to voluntarily bail on his part-time employer two dates into a schedule of 10 dates behind the mic at The Bank.

On the flip side, it would be out of character for the Ravens to make a move on such an important part of the game day experience at The Bank – to make an in-season change like that. The Ravens are a tight, tight ship and they put a lot of thought into everything.

In the end, I think the two parties opted to spin it in a positive way given Cunningham’s years of service. But count me among those who believe that the Ravens had enough of mistakes such as calling Justin Tucker, “Kyle Boller” and completely messing up the introduction of the defense prior to the preseason outing against the Packers on August 15.

Who Cunningham’s replacement will be remains to be seen. A few names that come to mind include: Ryan Wagner (O’s PA Announcer), Gary Stein (Ravens Press Box Announcer) and 98 Rock’s Kirk McEwen.

Life at M&T goes on.

Thanks Bruce for the memories and laughs – intentional or otherwise.

It has been well over a year since I’ve been a guest on 105.7 The Fan. I was a weekly regular with Scott Garceau and Jeremy Conn and a frequent contributor to the morning drive show with Rob Long and Ed Norris. And you may recall that I hosted a show on the station called “The Fanimal” with Miles Goodman, Saturday mornings from 8-9AM for 26 weeks. To this day I’m still asked when I’ll be on the station again.

It all started back in April of 2018. It was then that I published a piece that I’ve done annually for well over a decade – an April Fool’s piece. In this particular edition of my April prank, I mentioned some upcoming changes at 105.7 The Fan. The parties mentioned in the ruse were not offended. And after speaking to a couple of them, they thought the joke was funny, and of course that was my intent. The station’s suits didn’t think so.

So, to punish me for a prank that was on OUR website, a prank that I’ve done for years and has included the station before, I was put on time out. I wasn’t allowed to be a 105.7 The Fan guest until further notice.

Now you can probably imagine how petty I thought this decision was. Making matters worse, I was just about to renew my 26-week agreement with the station to continue as a brokered programmer. For those who don’t know what that means, a brokered programmer pays for a time slot and hopefully offsets those costs with advertising dollars. I was charged $750/hour for the show. No, that’s not a misprint. Do the math. 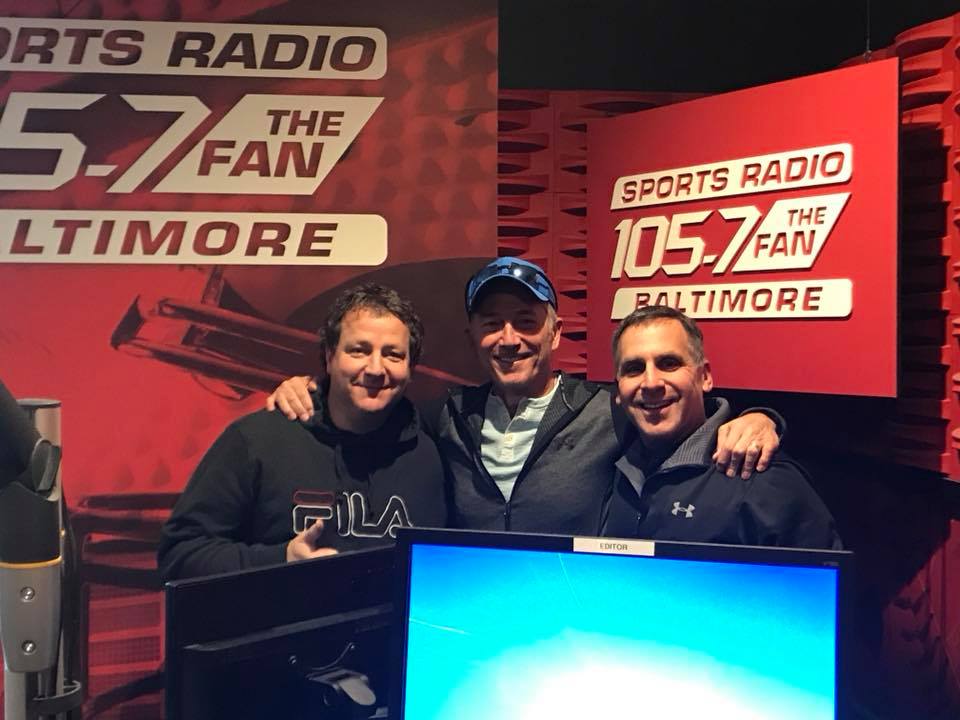 Now there I was, an unpaid contributor to the station for years, someone who back in 2007 paid an extraordinary amount of money to produce The Bart Scott Show on the station (before it became The Fan) and was again a customer of the station, summarily dismissed for an April Fool’s joke on Russell. Street. Report.

Where I live, you just don’t treat customers that way.

Today, I still listen on occasion. I remain friendly with several of the on air personalities and a few of their employees not on air. Nothing lasts forever, and I’m appreciative of the support of many at the station.

So, for those who asked, you now know the rest of the story.