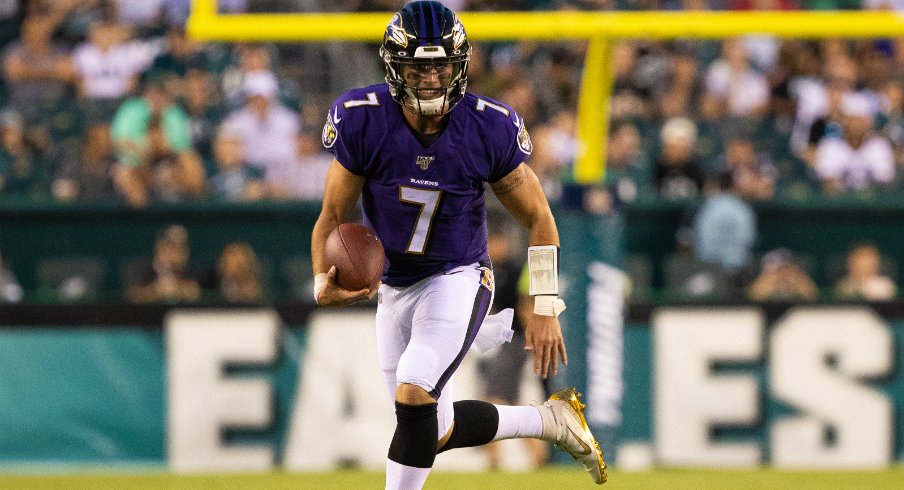 Recency bias is a cognitive bias that convinces us that new information is more valuable and important than older information. Apply this bias to the Ravens and suddenly fans are convinced that Trace McSorley is a better passer than Lamar Jackson, will soon supplant the team’s starter and is now drawing comparisons to Drew Brees.

There’s no denying McSorley’s solid performance against the Eagles on the road. What made the performance even more impressive is the former Nittany Lion’s ability to bounce back from a bad performance. Just a couple of days earlier during the teams’ joint practices, McSorley threw three picks over the span of just four throws. Not a misprint…not forty throws. FOUR!

McSorley has been inconsistent during training camp and his cumulative slash line in the two previous preseason games is 17/35/159/1/2 for a passer rating of 47.2. And those putrid numbers were posted against backups and players who will be unemployed in less than 2 weeks.

Now I’m not trying to undermine McSorley’s efforts. He’s a 6th round pick who was selected after the Ravens already re-signed Robert Griffin, III. The Ravens don’t like to waste draft picks, even if it is a 6th round pick. As GM Eric DeCosta has said often, they are in the pick business. They knew going in that Griffin signed a two-year deal and that he would be the backup. You don’t burn that 6th-round pick if you don’t think you can carry 3 QB’s, like they did last season. 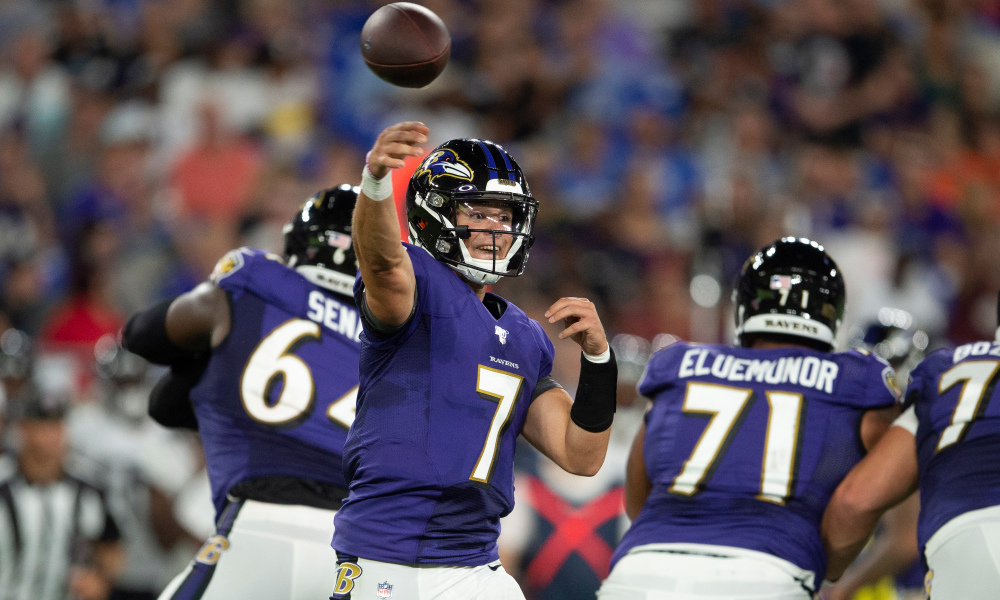 It’s possible the Ravens thought they could scoot McSorley onto the practice squad. Maybe they thought he would struggle against the Eagles during the preseason game just as he had during the two joint practices, and in doing so, might it not then be easy to let McSorley stealthily nestle on to the Practice Squad?

But it didn’t go down that way.

The Ravens may have already determined that McSorley will be among the team’s final 53. Maybe not.

Undoubtedly, the Ravens will scour NFL rosters to see how the backup quarterback situation is on all other 31 teams. Maybe they get comfortable that no one will pluck McSorley if the Ravens cut him. And if they do, they’ll cross their fingers and hope that DeCosta’s peers don’t suffer from recency bias.