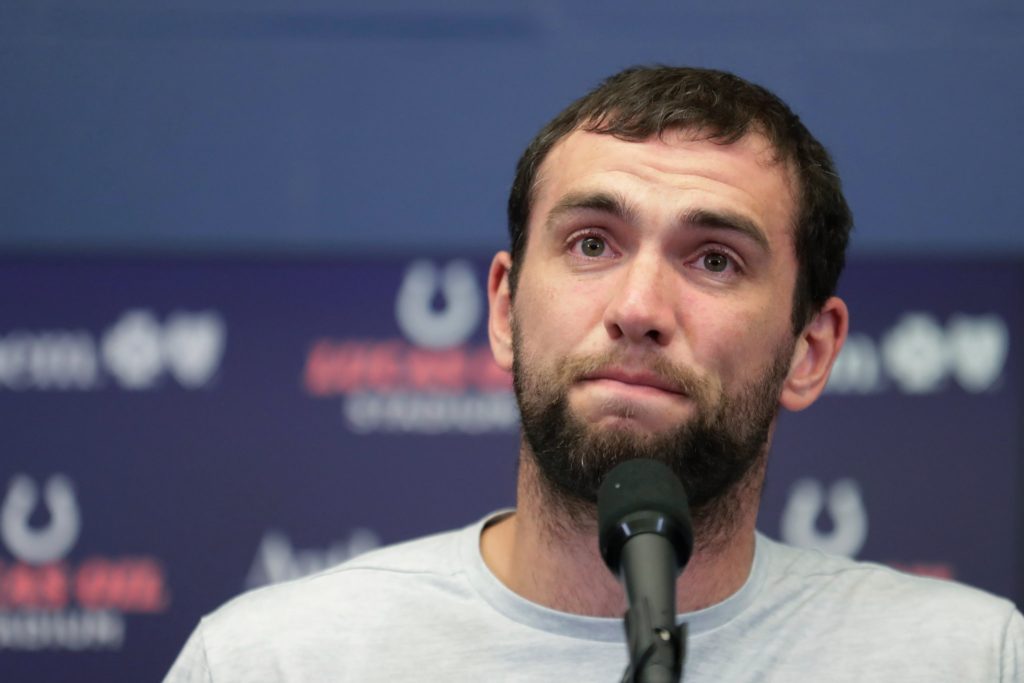 And Apparently Out of Class Too

The fans of Indianapolis sent a message to Luck and it was hardly a Hallmark moment. Instead, many at Lucas Oil Stadium decided an appropriate sendoff would be to boo the 4-time Pro Bowler.

Was this the final time Andrew Luck walked off a football field? pic.twitter.com/FIwQZHcucp

Here’s a player who finds joy in the game. Performed regularly at an All-Pro level. Loves his teammates past and present. Loves the organization, its leaders and owner. And for four seasons he’s tried to fight through injuries, the associated pain and the agony of rehab in order to get back on the field and make the Colts the best team they can be.

But the grind became too much, the cycle of pain management and grueling therapy prevented Luck from living the life he wanted to live.

Maybe the fans who decided to boo think that Luck is weak. That he lacks mental toughness. Maybe they even think that he’s soft. Newsflash! You can’t be soft and play QB in the NFL. Certainly not the way Luck did.

So many of us view these players in a video-game sort of way – like they are pawns, forgetting that beneath the helmet and shoulder pads is a man, like any of us, with a family and friends trying to lead a life and pursue happiness.

Luck has grown weary from the physical struggles. He may have an 8-digit bank account but if he’s constantly in pain does it really matter? Can he really pursue happiness? His decision to walk away had to be extremely difficult and if anything, it showed strength and character. He could have milked the Colts for the balance of his $122 million contract that he signed in 2016. But he didn’t. With grace and style, he stood at the podium last night and explained his decision eloquently even before he was prepared to address the media.

He was hardly weak. If anything, he showed strength and resolve.

He put the team before himself.

The same can’t be said for those yahoos at Lucas Oil Stadium.

I will miss Andrew Luck and I will hold out hope that his body heals and that he reconsiders his retirement. If not, in much the same way as Bo Jackson, I’ll wonder what could have been.

I always thought that it was interesting that a man with the name of Luck wore a horseshoe on his helmet. Unfortunately for Andrew, his luck ran out.

It ran out for all of us who love the game.

Here’s to your pursuit of happiness Andrew. May it be successful.