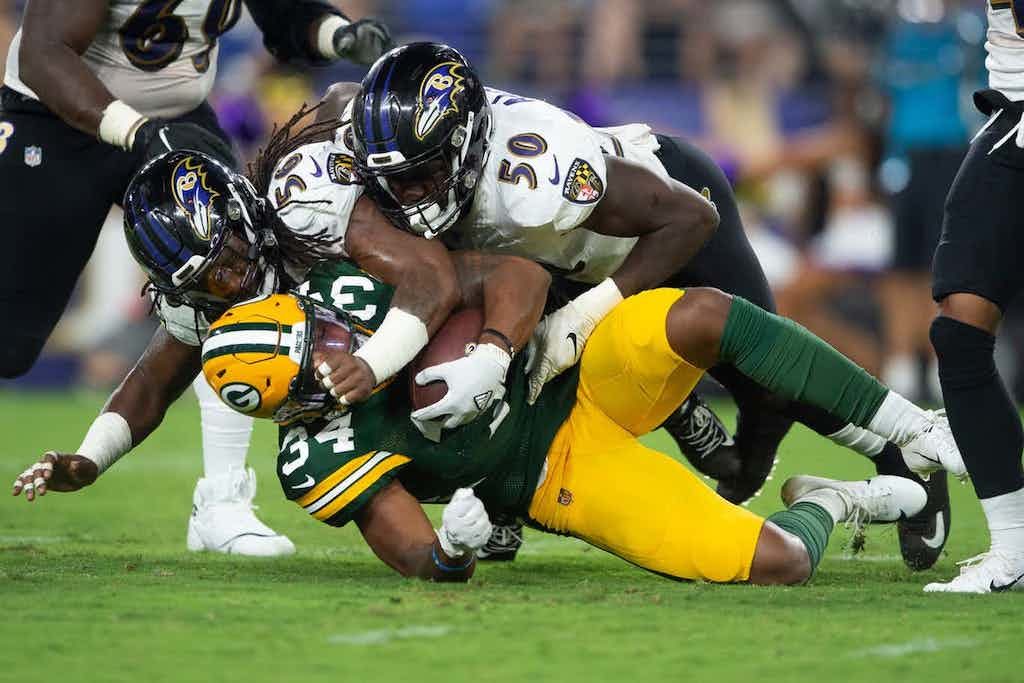 Ravens 53-Man On The Bubble Predictions

While everyone puts together their best version of a 53-man roster, we here at RSR are fully aware that you know- as well as we do- who the safe folks are. We don’t need to tell you that Lamar Jackson, Mark Ingram, or the rookie wideouts are making this team.

Instead, we’re looking at this potential 53-man roster, position group by position group, in an effort to give our insight into what we believe will happen on the backend of the 53. The bubble guys. The fringe players. The men who played themselves into a roster spot, deservedly so.

Here’s the thoughts of our 4-man panel.

Adam Bonaccorsi (@AdamBMore): The Ravens will be keeping 3 QBs once again, and while I’m not enamored with Trace McSorley like many others, I think he’ll be the active backup on game days, while Bob is the inactive ‘in case of emergency’ guy once again.

Michael Telford (@ChibsRSR): The Ravens like Trace and will find a way to keep him on this roster. Ravens keep 3 for the second year in a row.

Matt Wise (@TheMattWise): McSorely has earned his spot on the Ravens 53 and may even be active on game days if he can play some special teams. 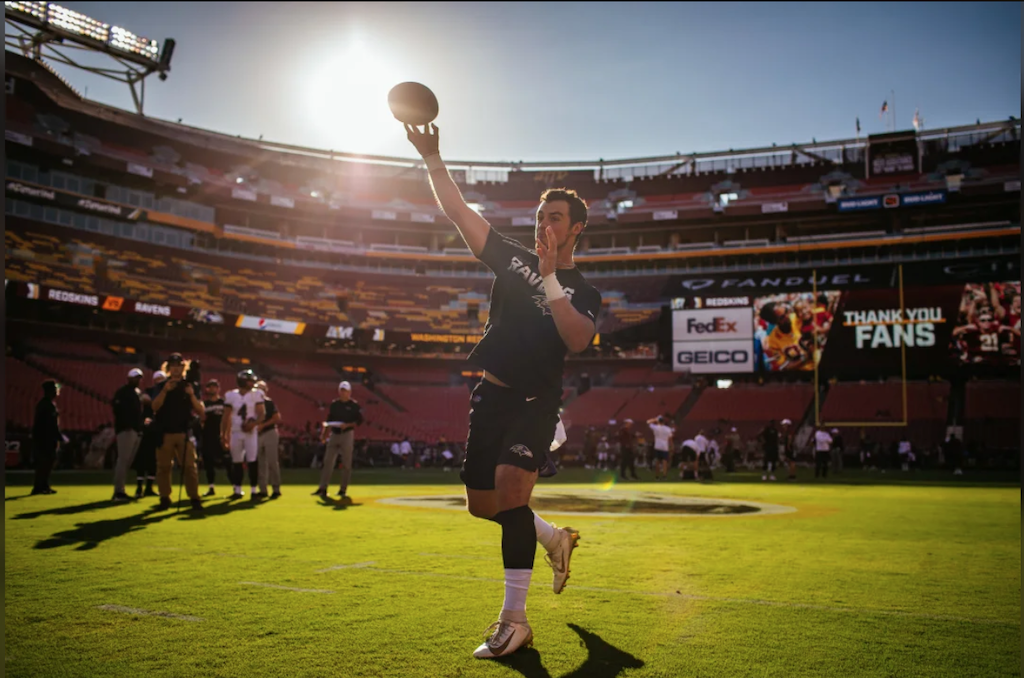 AB: Assume 35-ish carries a game. Ingram/Hill/Edwards at RB and Lamar with 5 or so rushes of his own. Maybe Ricard steals a few 3rd & short… there’s no way to fit a 4th RB into that equation, and Dixon is worthless on ST so he gone (hopefully traded). Turner to the PS.

MT: Three-headed monster will consist of Ingram, Edwards, and Hill. The rest can eat a Di… nope. Won’t make that pun.

MW: I don’t see room for Dixon on this team. For me, his work last night felt like a showcase and I believe the Ravens are working hard on finding a trade partner.

MH: Dixon’s talented but his career has been defined by injuries/suspensions.  Bottom line is his time is up in Baltimore. Ervin flashed as a returner but there’s simply no room.  Turner is a PS candidate.

AB: If somebody has anything other than Andrews/Hurst/Boyle I need you to send them my way so I can get them committed.

MW: This is the easiest position group to predict. I expect to see these three on the field quite a bit this year.

MH: As expected. Charles Scarff would be a good Practice Squad candidate

AB: This group almost became as predictable at Tight End, with Jaleel Scott distancing himself a little more every week. I will say, as much as I thought the Ravens needed to phantom IR Wesley? He’ll be safe on the practice squad (for now).

MT: Ravens keep 6, with Scott and Roberts rounding out the group. In that order.

MW: Scott and Roberts make the team over Floyd. The team liked Roberts enough to sign him early in the off season and he provides inside/outside versatility that Floyd doesn’t.

MH: Floyd (to be cut) hasn’t been an impact player for several years but he flashed throughout camp and the preseason but mostly against 3rd string players.  Wesley (also cut) wishes he had that drop back last night.  He’s been more impressive in practice than games.  I think guys like him are available every year so try to get him on the PS but he possibly catches on elsewhere.

AB: Hurst gets the start at LG solely based on Harbs starting Hurst over Orlando Brown Jr. last year in Week One. Ben Powers, Bradley Bozeman and Greg Senat round out the 8 rostered OL. Patrick Mekari won’t make it through waivers, but he’s too redundant to what Bozeman offers, and given Stanley’s tendency to miss at least 1 game, Senat is the only viable LT option on the roster (not Hurst).

MT: I’ve learned this year that I know nothing about the offensive line. Following that logic, I have no idea who the backups are.

MW: While I would personally keep Senat as a backup tackle and sign Mekari to the Practice Squad, I think the front office might like Mekari’s versatility enough to put him on the 53 instead. 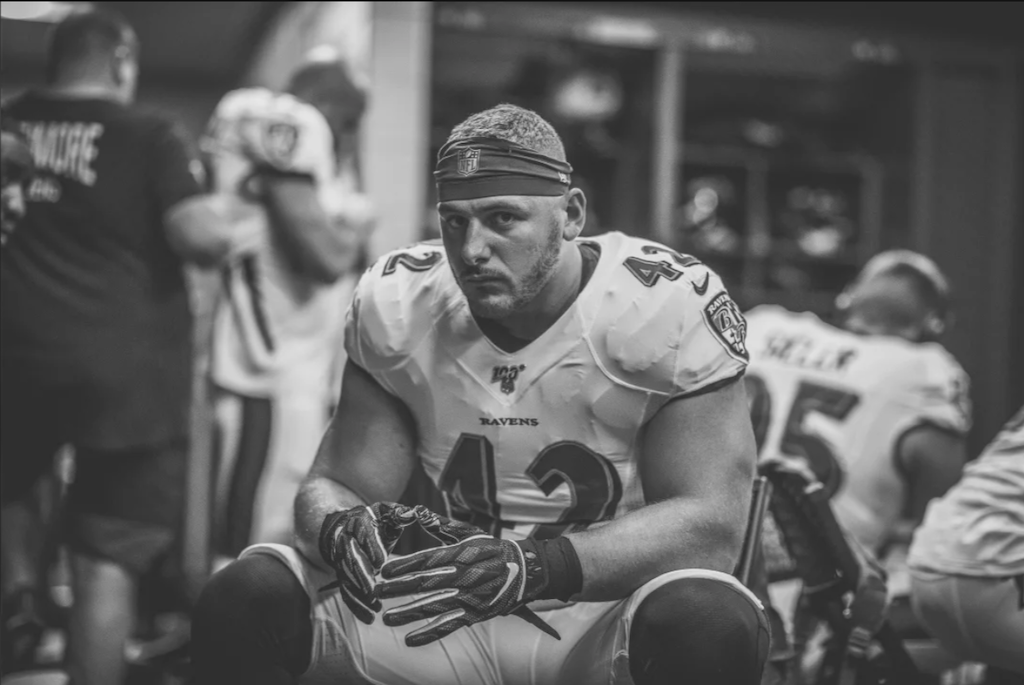 AB: I’m keeping 5, not 6. Sieler has shown nothing, and while some folks like Willis, he’s shown me nothing in the past month that warrants a roster spot. They’ll get creative for sure (McPhee moving in on occasion?) but you can’t force 6 here when you’re just wasting a roster spot on an unworthy player.

MW: Pat Ricard’s versatility saves the Ravens a roster spot by allowing them to keep one fewer DL. Sieler is an ideal Practice Squad candidate who might not make it through waivers.

MH: Willis and Sieler don’t make the cut.  Neither showed me anything to even be reserves.  In fact, Ricard stole the show and looks like a player trending up.

AB: Bowser earned a spot for the first time ever (previous years it was ‘we don’t want to give up on him yet’). Alaka stays. He’s too good to risk losing on waivers.

MW: Five OLB doesn’t seem like enough, but nobody else stepped up and grabbed a spot. Expect a ton of rotation from this group. At ILB, Alaka isn’t on my initial 53, but he might as well be. I believe that he has a great chance to be signed back after the Ravens put Tavon Young on the IR. If not, he has a spot waiting on the Practice Squad if he wants it.

MH: I really hope the Ravens can land Alaka or Ejiya on the PS because both are guys I hate to see go but I don’t see them keeping four ILB on the final 53. Shane Ray is the odd man out.  I was really hoping a fresh start would kick start his career but it didn’t happen.

[Related Article: Knee-Jerk Reactions to Ravens 20-7 Win Over the Redskins]

AB: Keeping Canady is an unnecessarily necessary evil. Tavon is getting IR’d for the year, but they’ll roster Biggie Marshall to give him the option of a return designation. Bethel got ‘keeper’ status from fans after a week one touch inside the 5 on a punt but he’s done jack since then and I want my comp pick back. Cyrus is safe too.

MW: This is the toughest position to predict on the entire roster. He didn’t play well in the preseason, but I think the Ravens may keep Canady. Without him, they’re one injury away from having a returner or career special teamer as their 4th CB.

MH: This is the hardest to predict with Young and Marshall injuries.  Do the Ravens keep Trawick and Bethel for ST’s?  Does Canady lock up one of the final spots despite a poor preseason?

AB: I once was bold and traded Anthony Levine Sr. because I thought the Ravens weren’t keeping 5 safeties. In hindsight… they keep 5. Also bring back Trawick for “ST Ace” after they IR Biggie Marshall.

MT: Earl, TJ, Joker, Levine. Maybe Clark sticks around, but I think he’s the least talented of the group.

MW: Another easy group for me and one of the more talented safety groups in the NFL. If they’re trying to save a little money and a compensatory draft pick though, maybe Trawick makes the squad over Bethel.

MH: Bennett Jackson is a feel good story but he’s not making this team at that position.  I’m torn over Trawick for his ST value. 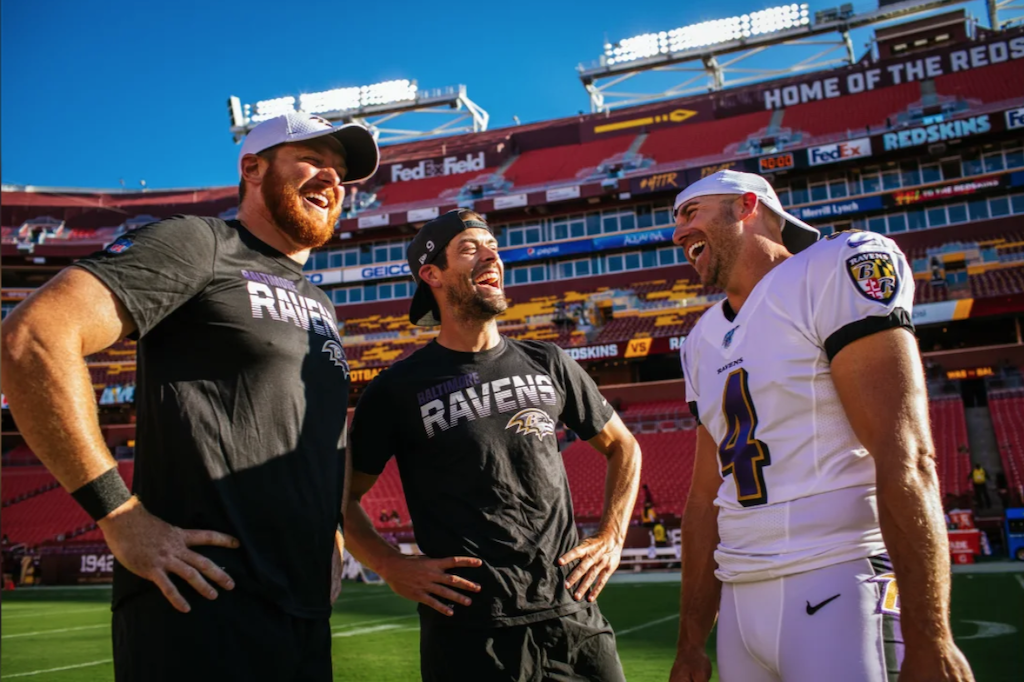 AB: Wolfpack remains intact, until next offseason when Kaare comes back and they inevitably trade him again. Rinse & repeat, baby.

MW: The best special teams trio in the NFL

MH: Wolpack. Nothing to report here.