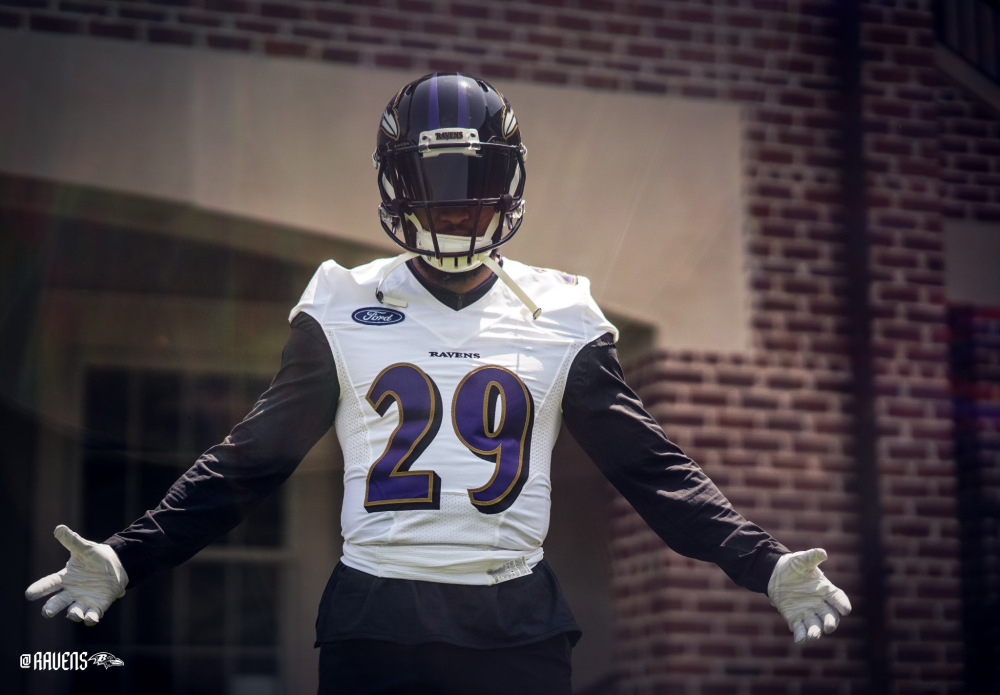 How the Former Seattle Great Can Bring the Boom to Baltimore

As the 2019 NFL season officially gets under way, it’s easy to get swept away in the Lamar Jackson hype and sometimes hysteria. A lot of preseason publications will tell you that the young quarterback’s development (or lack thereof) will determine the fortunes of Baltimore as a contender in the North and the AFC altogether.

That argument certainly holds weight, but free safety Earl Thomas will decide quite a bit this season too. I’d argue that Thomas is the most critical player for the Ravens this season.

The former Seattle Seahawk is at a crossroads in his career. As he transitions to a new team, he is driven to prove that he’s still the best safety in the league. This is the type of focus and motivation that typically fuels all-time greats in their second acts.

Take a look at Charles Woodson as a prime example. When he signed with the Green Bay Packers as a free agent, the move was mostly an afterthought. The Packers were the only team to offer Woodson a contract, which seems crazy today. Ironically, Woodson was also coming back from a broken leg close to the age of 30 that cut his shortened season down to six games. But for Woodson, it was a chance to prove that he was still among the best in the league. Not only did he show that he could still play at a high level, he was even better with the Packers and cemented his Hall of Fame status.

Remember: It’s always a worthwhile gamble to bank on a great player looking to stay on top.

Why is Thomas so Important to the Ravens?

When he’s at his best, he erases the spacing and windows that quarterbacks can target in the deep middle part of the field. And when Thomas is backed by long, rangy boundary corners like the ones the Ravens boast and the ones he played with in Seattle, the sidelines are basically closed as well.

That leaves the shallow middle and underneath routes as the quarterback’s best options. As a defensive coordinator, when you’ve cut down the field for passing efficiency, you’ve officially cut off an offense at their knees.

Think about how difficult it was for offenses to pass on those Seattle defenses. The few teams that had success – New England in the 2015 Super Bowl – sustained offense through check-downs and shallow inside routes. Most offenses don’t have the patience and precision of a Tom Brady-led Patriots passing attack. Most quarterbacks will cave and try to fit the ball into a tight window downfield, and that’s when Thomas strikes like a cobra.

Thomas has rare sideline-to-sideline range to make Cover 1 and Cover 3 coverages hum, almost to the very blueprint in which they were designed. These coverages are architected to compress passing windows and choke big-play opportunities beyond 15-to-20 yards. But it doesn’t work unless you have a free safety who can provide a layer of over-the-top patrol coverage that is tough to crack. Really, Thomas’ physical ability has always been special – his speed, his footwork – but his instincts are what separates him from the rest of the pack.

[Related Article: The Ravens 2019 Rookie of the Year]

Now, you may be thinking, Earl Thomas is great, but the Ravens pass defense ranked No.5 in the league last season. How can Thomas make it that much better?

The reality is that this Baltimore secondary had the chance to be special this season with or without Thomas. This group of corners, led by the next great Baltimore defender Marlon Humphrey, is the deepest and most talented group in the league. Even without slot corner Tavon Young, who will miss the 2019 season with a neck injury. But pairing them with Thomas just isn’t fair.

Granted, former Ravens safety Eric Weddle was a fine centerfielder in his own right in 2018. In fact, Weddle is coming off one of his best seasons of his career and really solidified the communication and playmaking ability on the back end. Thomas will have some big shoes to fill by replacing Weddle.

That’s the power and influence that a healthy Thomas brings to the table. When he’s flying around, diagnosing plays and breaking on the ball, he shrinks the offensive strike zone like a crafty pitcher on the mound. Except his mound is usually the entire field of play.

In the Big Picture, Thomas’ Coverage Range Transforms This Defense

To illustrate Thomas’ effect on the entire playing field, and not just the deep middle, analyst Steven Ruiz dissected Seattle’s game against the Dallas Cowboys in 2017 using a “range map.” With this range map, Ruiz illustrated that Thomas literally made a coverage impact all over the field, from sideline to sideline, from various spots and positions. 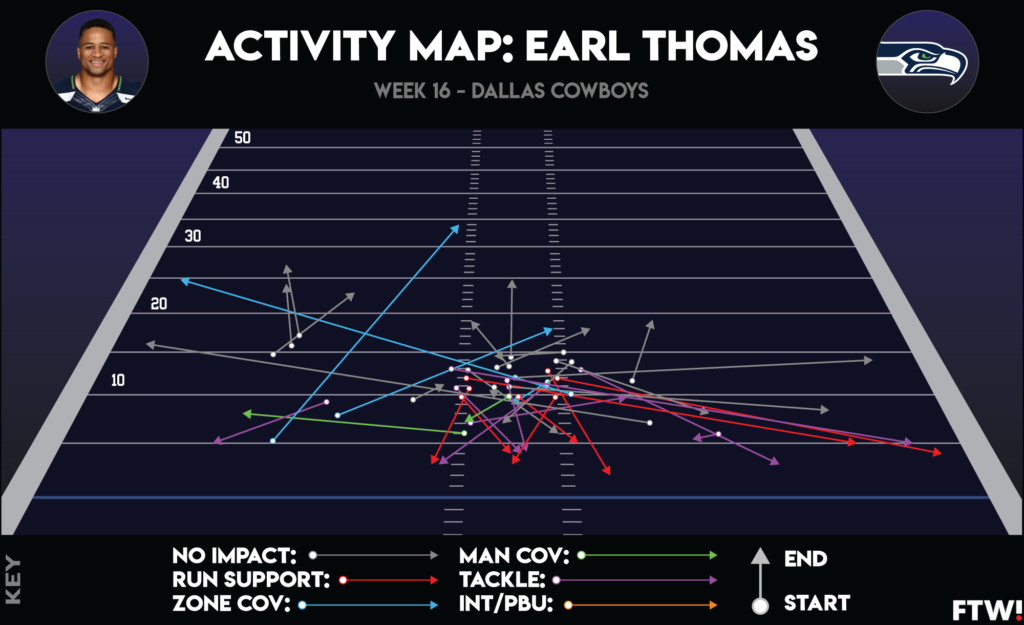 While Seattle deployed Thomas mostly in the deep middle part of the field, it’s “highly likely” that Baltimore defensive coordinator Don “Wink” Martindale will move him around more in the pre-snap phase. That means Thomas could make more of a coverage impact laterally and horizontally – which also extends Wink’s ability to mask coverages.

By moving Weddle around in 2018, Wink made it difficult for offenses to discern between Cover 2, Cover 3, Cover 1, and Cover 0 coverages. For example, Weddle would line up close to the line before the snap and bolt to the middle of the field after the snap.

Now imagine Thomas doing the same, but with more range and ability to recover than Weddle?

The range of possibilities is endless.

However, make no mistake, Thomas’ true value is his ability to take away passing lanes in that deep middle part of the field. This is an area on the field that has challenged the Baltimore defense in the past. With passing attacks more nuanced with their use of tight ends, slot receivers, and tailbacks to create matchup problems against linebackers and safeties, clamping down that area of the field is a necessity.

In the big picture, Thomas’ coverage presence instantly makes everyone on defense that much better.

He’ll make Tony Jefferson better because he’ll enable the strong safety to truly do what he does best. He’ll empower the corners to play more aggressive to take chances because he can get to spots on the field that Weddle simply couldn’t. He’ll make the linebackers better in coverage as well, because Thomas will instinctually jump on inside routes and provide support downfield. He’ll also make the pass rush front and blitz more effective because the secondary will be better equipped to defend with fewer players in coverage.

In a nutshell, you can subtract the big names the Ravens lost in the offseason but adding Thomas can make up the difference and then some.

The Ravens’ gamble on Thomas should pay off in 2019.

Remember: Bet on a great player with a chip on his shoulder.