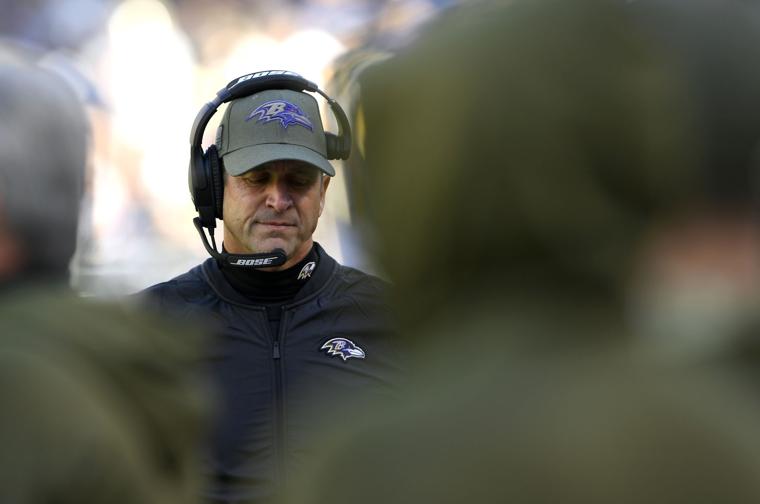 The Dolphins’ open secret of tanking led me to this week’s piece, and I’ve been overthinking the whole thing. The problem is that I can see both sides of the conversation. My coaches always taught us to take pride in victories earned the right way. The business side of the NFL in this moment makes that sentiment a bit naïve. Free agency and cap space are just a couple of the factors shaping these decisions. Ravens fan Dustin Cox (@_dustincox) is a good follow on Twitter. He crystalized the bottom line for me in one tweet:

Is tanking worth it if you completely destroy any culture you had and lost the respect of all of your players?

Not when you put it that way.

We had our own chance. In 2015, when Joe Flacco tore his ACL in week 11 against the Rams, I was totally in favor of playing back-ups for the rest of the year and get highest pick possible. After losing Flacco, Steve Smith Sr., Terrell Suggs, and Justin Forsett for the season, Matt Schaub wasn’t in any danger of taking us to the promised lands.

But Head Coach John Harbaugh wasn’t having it. When asked about the possibility of tanking, he was adamant that we played to win, no matter what. “We’re trying to win football games,” Harbaugh said. “These guys work hard, and I’m proud of them, and we’re fighting like crazy. December football is when football matters, and we’re relevant in December.”

I didn’t see the point in fighting for a non-playoff spot. My rationale was that the Ravens could develop younger talent to develop for the rest of the year, and we would be that much stronger in 2016, with as high as the 2nd overall pick. It was right in front of us… but that next week we beat the Browns on the blocked field goal as time expired. We completed the season sweep over Yinz in Week 16. The bloodied Ravens refused to give less than their best and those two wins pushed us from the 2nd pick to the 6th in the 2016 Draft.

We took Ronnie Stanley, and he’s been great. We get to say our guys didn’t roll over for anyone. Two years later, we are headed in the right direction, with a chance to be great for a long time. The Ravens’ stability is a luxury for us fans. We don’t hear the word “drought.” We expect to go to the playoffs. Not Miami. I was five years old in 1972 when the Dolphins beat my Dad’s Redskins. Forty-five years. Those poor bastards.

Looking at what might have been, here’s what happened with that 2nd overall pick in 2015. Here are a couple of names from that draft: Joey Bosa. Ezekiel Elliott. Jalen Ramsey. Cleveland went 3-13 and ended up picking second. That pick was traded, and in the process of delivering both Carson Wentz and Deshaun Watson, the Browns gained the draft capital to build out their current roster, which will either dominate or burn the city down in a fiery hail of drama, tears, and over-the-top social media posts.

Miami paid attention and they want their shot. More specifically, their Front Office is doing the dirty work, and leaving the players and coaches to figure out how to make anything happen this year. But is it worth the cost? Is it any wonder players like Minkah Fitzpatrick are asking for trades? What culture are they building? It’s not my call if Miami wants to go all in on “the Process.” I hate it, but I guess I understand the need to break the cycle of losing. Not every franchise has what we have. With any luck, we’ll also have Minkah.