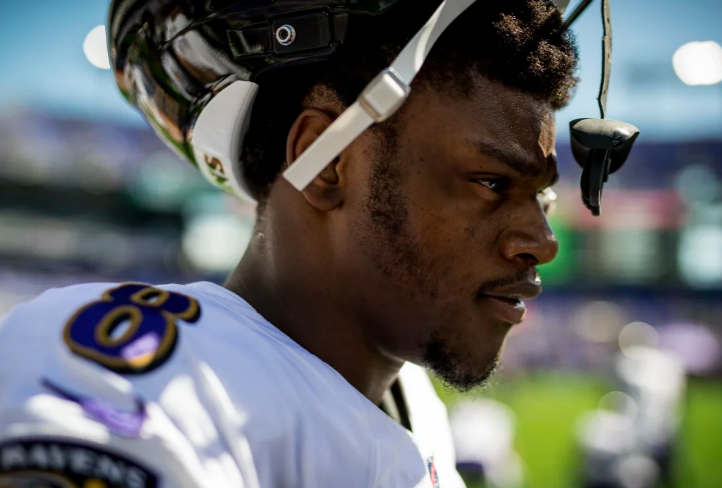 Through two weeks of the 2019 NFL season, much has been made about the development and continued growth of Lamar Jackson. Of course, when you discuss the specifics of how he’s grown, the focal point tends to be on his throwing motion, mechanics, delivery and spirals.

It’s always about the passing game, which is totally understandable given the fact that those issues seemed far and away Lamar’s biggest concern during his 2018 rookie campaign.

Not to take anything away from Lamar’s growth in this area, but I’m in the camp that expected this development to come around in year two for the Ravens signal caller. There’s been a longstanding trend of NFL quarterbacks that see a jump in production (completion percentage, decision making, TD:INT ratio) from their rookie year to their sophomore campaign.

Couple this trend with the fact that Jackson spent an entire offseason focusing on his mechanics (he worked with his personal QB Coach, Joshua Harris, as well as spending some time with QB Guru, Tom House) and the results should be exactly what most folks hoped we’d see: an uptick in every facet of his passing game.

While this is surely a great development that challenges opposing defenses to ‘pick their poison’ in regards to the Ravens offensive attack, Jackson’s developments beyond his arm are what have truly impressed me more than anything.

During Sunday’s game against the Cardinals, I watched Jackson take a sack… and I smiled. Of course, I didn’t want to see him go down! But what I saw was a QB that made multiple reads, felt the pocket collapsing (a little too quick for my taste), brought the ball down into his body to protect it, and when he realized he ran out of options, simply buried his head to trudge forward and get whatever measly yardage he could muster.

He knew he was sacked, and that’s perfectly fine.

So how are we spinning this into a positive? He didn’t panic when the pocket was collapsing and quickly take off, he controlled the ball in a manner that wouldn’t allow for a defender to swat it away (tucked under his left arm with a defender coming in from the right), and he didn’t force an errant throw. He followed the sack up with an emphatic pump/slam of the ball to express his frustration.

This. All of this is what I’m loving in my quarterback right now.

Last year, if this play were to happen, we’d be more likely to see one read out of Lamar as he felt pressure and he’d take off with the ball hung out to dry a bit more. His ball security shows improvement, his reads show improvement, and his decision making shows improvement… yet, none of this gets talked about.

These facets of his game are shown in more than just this play too. This is nearly every play these days for Jackson.

The very next drive, Nick Boyle allows Terrell Suggs to get immediately into Lamar’s lap, but Jackson casually rolls to his right around Suggs’ pressure with his eyes still downfield looking for open receiver and when he realizes he has ample daylight, he takes off. It wasn’t a one-step and run scenario either, as Lamar jogged a good five yards towards the line of scrimmage looking downfield before opting to go into a sprint, and wouldn’t ya know it? His run heads towards the sideline where he scampers out to avoid taking a shot- something many fans (and Aaron Rodgers) said Lamar needs to avoid.

On the same drive on 3rd & 4, Lamar sees every receiver blanketed while feeling the pocket closing in on a clear pass play, and opts to take off up the gut aiming for the first down marker. He has the awareness to not only get the first, but begins to dive forward at that juncture and avoid contact in the process, and kept the ball secure and close to his body.

Live for the next down.

While I could gush all day about these facets of his game, I think the one thing that excites me more than anything is Lamar’s attitude and demeanor.

I remember an all-time Raven and a Hall of Famer once making this declaration. Now? We get to see our quarterback as the living embodiment of this quote.

How many times do we see or hear a similar sentiment out of Jackson? He runs for eight when he knows he was one broken tackle from 20+ yards and visibly looks angry. He misses a pass over Mark Andrews‘ head for a 15-yard gain, and he slams his hands on his helmet in frustration. An errant snap kills a 3rd down play and he emphatically unsnaps his helmet in frustration headed to the sidelines. He has a miscommunication with Miles Boykin and immediately gets in the wideout’s face to discuss what went wrong. He shows his desire for perfection after every imperfection, while at the same time, using self motivation to drive his desire to become the greatness he envisions.

“Not Bad For a Running Back.”

The one-time tagline of the naysayers, the haters, and the skeptics has become a motivator for Lamar, as we heard him joke in the locker room after his five-touchdown performance against Miami in Week 1. He does hear the chatter – something many players claim to avoid – and takes it in stride, while using it to drive himself to become better everyday.

He’s also taking any possible team weaknesses are putting them on his own back as a driving motivator. This past Sunday after the 23-17 victory over the Cardinals, Lamar took to self-reflection and criticism to show he is truly ‘pissed off for greatness’ when suggesting he “could’ve played better” and “I wanted some sacks back.” He never points blame on anybody but himself, and never accepts team accomplishments as his own, either – a true tell of a great leader of men.

Ultimately, what we’ve seen from Lamar Jackson in the early parts of the 2019 season isn’t just a better passer. It’s the signs of a great leader who’s mature beyond his years, and will stop at nothing to become the best at what he does in every facet of his game. 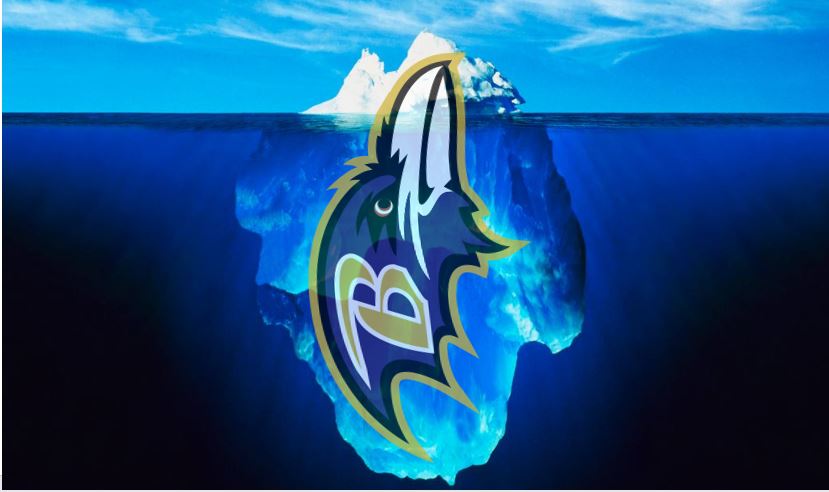 This is just the tip of the LJ iceberg, Flockers.