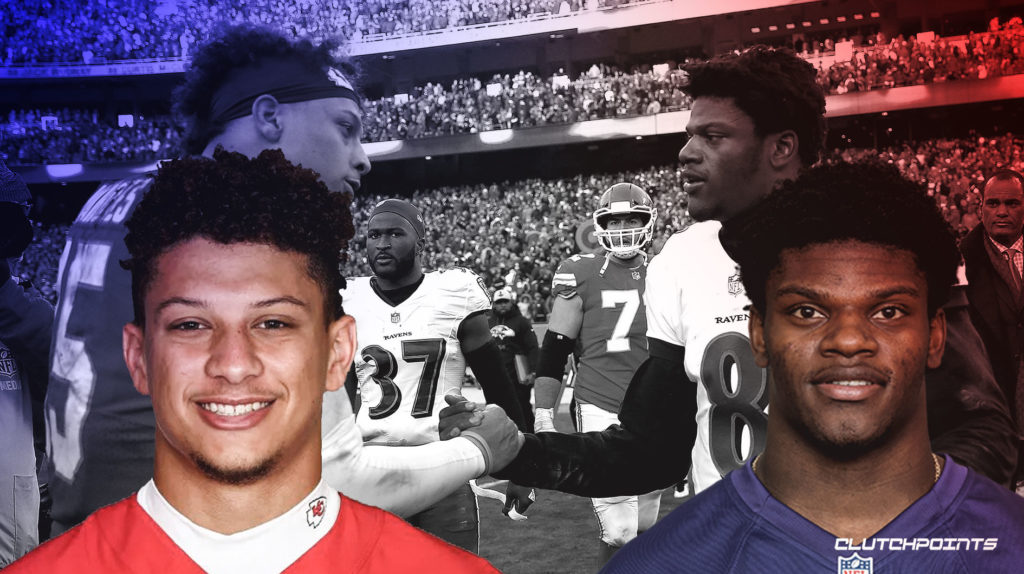 Lamar Jackson and Patrick Mahomes, two of the league’s most dynamic and marketable players, have already made history this season. Now, they’ll get their chance for a big showdown as they prepare to go head-to-head in the best NFL matchup of Week 3.

“The stadium will be rocking. It’ll be deafening,” Ravens coach John Harbaugh said this week. “We’re going to have to be a much better football team next week than we have been last week or this week. That’s just the way the league works.”

[Related Article: Lamar’s Growth is More Than His Arm]

Jackson and Mahomes are the only quarterbacks in the Super Bowl-era to have a more than 70-percent completion percentage, at least seven touchdown passes and no interceptions over the first two games of the season, according to NFL Research.

“[Jackson] is better at everything, like any player would be at this stage,” Harbaugh said.“Lamar improves very rapidly and very quickly. He really has a real narrow focus on the things he can do better. Recognition is the question you’re asking about, and that can be quarterback-driven with RPOs, it can be in the pocket, whatever it is.

“That’s what I like about Lamar. He doesn’t really dwell on the positives too much. He dwells on the areas of improvement, and we appreciate that.”

Mahomes leads the NFL with 821 yards passing after Week 2. His favorite target is Sammy Watkins, who is second in the league with 247 receiving yards, just ahead of Ravens rookie Marquise Brown (233 yards).

Mahomes made the biggest play of the game when he heaved 40-yard pass across his body that Tyreek Hill managed to corral in front of former Ravens safety Eric Weddle. Later that drive, Mahomes found Damien Williams for a touchdown on fourth-and-3 from the Ravens 5.

Harrison Butker kicked  a 36-yard field goal in overtime to clinch the win.

Just moments after the Ravens beat the Arizona Cardinals 23-17 in Week 2, Jackson was asked about that game. The Chiefs are still the only team to beat him as a starter in the regular season.

“I hate losing, period,” Jackson said. “I don’t plan on losing. You don’t get a game to lose. You try to win. That’s our job – to score points.  I’m just going to take it as it is. You just go in and play with confidence and try to come out with a victory. That’s the goal.’

The Ravens have been one of the league’s most impressive teams over the opening two weeks of the season. However, this big showdown against the Chiefs is a huge gauge for the Ravens, who are underdogs for the first time this season.

Jackson and the rest of the offense should be able to move the ball against Kansas City. The biggest question is whether the Ravens can contain Mahomes.

The secondary had some struggles against Arizona and allowed rookie quarterback Kyler Murray to throw for 349 yards. Receiver Larry Fitzgerald also got behind the defense backs several times and caught five passes for 104 yards.

The Ravens simply cannot afford those types of breakdowns against the Chiefs.

“We’ll watch last year’s game, but teams change so much, and they watch the game, too,” Harbaugh said. “So, it’s always a new game. It’s really so important in this league. It’s a good question, in the sense of, yes, there is carryover, always, but really, it’s week-to-week. It’s game-to-game. No two games are ever going to be the same.

“You can’t draw much from the week before or if somebody plays somebody else. You guys know this. There’s not much you can draw from that. You try to predict something, and all of a sudden, it gets blown up in your face. That is, to me, the beauty of this league. It’s what makes it so exciting.”